The paper refers to the research direction in which models of social behavior are the methodological basis for the functioning of robot (animat) groups. The purpose of this study is to implement a complex regulatory behavior of animat groups using previously created models and methods. The applicability of this approach is demonstrated by the task of redistributing animats between groups. To accomplish this, the paper proposes to implement a mechanism similar to the phenomenon of slavery that is characteristic of some species of ants. Slavery is a form of social parasitism and can be considered as a method for the redistribution of individuals between families (groups). The paper describes different types of slavery and the behavior of slave owners and slaves among species of ants. The main processes that make up this behavior are: exploring territory, organization of raids, seizure of slaves and their transfer to the slave-maker nests, and slaves adaptation in the new nest. It is proposed that this behavior is based on the “friend-alien” identification and is an evolutionary development of food and territorial behavior. The paper describes previously created methods, models, and mechanisms for implementing similar forms of animats’ behavior: foraging, pack hunting, territory defense, and domination based on aggression. A method for identifying an animat and determining its internal state, which is necessary for organizing the interaction of animats, is proposed. Finally, the paper describes experiments confirming the applicability of the proposed method. 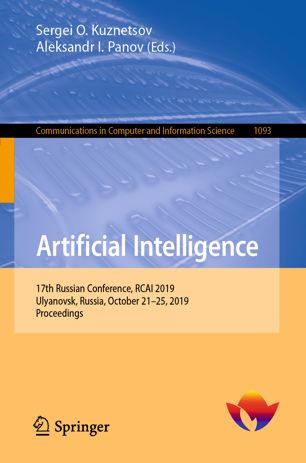