The influence of the German Historical School in the USA and Britain has been well documented, but far less has been written on the rest of Europe, including Russia. The chapter is a first generalising estimate of the influence of the Older, Younger and Youngest Historical Schools on several generations of Russian followers and opponents from I.Babst and first Russian comparative economist A.Korsak to social politics, marxists and agrarian evolutionary school. In doing so, the chapter is able to trace the interconnection between European economic thought and Russian economic policy, adding new voices to the debate on the diffusion of ideas and flow of knowledge. 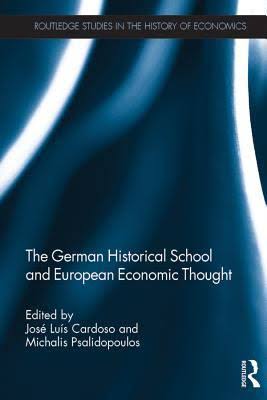 The purpose of this article is to analyze similarities and differences in values between Russians and other Europeans. In doing so, we plan to compare Russia with other countries in terms of average values indexes; to investigate in detail precisely what subgroups within the country, from perspective of the values they share, make up the Russian population (we assume that this analysis will show similarities and differences between the residents of various countries in greater detail than a comparison of averages); to reveal, using multiple regression analysis, the role of various determinants that influence values; and to determine the correlation between the influence of individuals’ country and their sociodemographic characteristics.

Международные сравнения базовых ценностей российского населения и динамика процессов социализации
Магун В. С., Руднев М. Г. Образовательная политика. 2010. № 9-10(47-48). С. 65-72.
Denmark and Russia: What can we learn from the historical comparison of two great Arctic agricultural empires?,
Korchmina E. S., Sharp P. EHES WORKING PAPERS IN ECONOMIC HISTORY . EHES 187. EHES, 2020. No. 187.
We propose that the “historically relevant” comparison of the Danish and Russian Empires from the early eighteenth century until the First World War presents a useful starting point for a promising research agenda. We motivate the comparison, noting that the two empires enjoyed striking geographical, political and institutional similarities. Beyond this, we also demonstrate that the two empires were bound together by war, royal marriage, and migration. We suggest some examples of what might be investigated, with a particular focus on agriculture, due to its importance to both Danish and Russian economic history. Finally, we zoom in on the role Danish experts played for developing the Russian butter industry.
Русистика и компаративистика: Сборник научных статей
Edited by: Е. Ф. Киров, М. Б. Лоскутникова, Г. Кундротас Вып. 8. В; М.: Educologija, 2013.

The collection contains research in the field of folklore, literature and linguistics