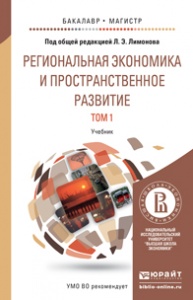 This book focuses on the questions of how territorial differences in productivity levels and unemployment rates arise in the first place and why territorial differences in labor market performance persist over time. Unemployment divergence and unemployment club convergence have been touched on in a large number of works and have recently also been studied using spatial econometric analysis. In this book we aim to develop the debate to include several important new topics, such as: the reasons why structural changes in some sectors cause slumps in some regions but not in others; the extent to which agglomeration factors explain regional imbalances; the degree of convergence / divergence across EU countries and regions; the role of labor mobility in reducing / increasing regional labor market imbalances; the impact of EU and country-level regional policy in stimulating convergence; and the (unsatisfactory) role of active labor market policy in stimulating labor supply in the weakest economic areas.

One of the goals of the first edition of this book back in 2005 was to present a coherent theory for K-Means partitioning and Ward hierarchical clustering. This theory leads to effective data pre-processing options, clustering algorithms and interpretation aids, as well as to firm relations to other areas of data analysis. The goal of this second edition is to consolidate, strengthen and extend this island of understanding in the light of recent developments. Moreover, the material on validation and interpretation of clusters is updated with a system better reflecting the current state of the art and with our recent ``lifting in taxonomies'' approach. The structure of the book has been streamlined by adding two Chapters: ``Similarity Clustering'' and ``Validation and Interpretation'', while removing two chapters: ``Different Clustering Approaches'' and ``General Issues.'' The Chapter on Mathematics of the data recovery approach, in a much extended version, almost doubled in size, now concludes the book. Parts of the removed chapters are integrated within the new structure. The change has added a hundred pages and a couple of dozen examples to the text and, in fact, transformed it into a different species of a book. In the first edition, the book had a Russian doll structure, with a core and a couple of nested shells around. Now it is a linear structure presentation of the data recovery clustering.

Explaining the Productivity Advantages of Manufacturing Firms in Russian Urban Agglomerations
Gonchar K. R., Ratnikova T. A. Economics. EC. Высшая школа экономики, 2012. No. 22.
This paper empirically analyzes the agglomeration-related productivity premium at the enterprise level of the manufacturing industry in Russia. A settlement is counted as part of an urban agglomeration in two cases: that of a large, central city and that of a town located within 50 kilometers of the central city. Data obtained from a 2009 manufacturing enterprise survey are used, along with linked data on hosting regions and cities. We employ a multilevel model, which allows us to consider firm, urban and regional heterogeneity and test two possible explanations of the productivity advantages of firms in urban agglomerations – own-sector and all economic activity concentration in the city and the surrounding region. The results suggest that Russian plants in urban agglomerations enjoy 17-21% higher labor productivity. This gain arises as a result of urbanization and external scale economy – the agglomeration of firms belonging to different industries at both the urban and the regional levels of analysis. We also found that productivity gained from urban agglomeration is the highest in towns with populations of 100,000 to 250,000 people. Localization and clustering – the own-sector concentration of plants in the city – is not associated with higher labor productivity. The structure and size of the surrounding economy always matter: in contrast to urban clusters, regional own-industry clustering satisfactorily explains the productivity premium, suggesting that efficient clustering requires a scale economy larger than only a city. The region’s trade openness almost doubles the productivity premium of a firm in an urban agglomeration. All of our results are robust to changes in estimation technique, sample structure and choice of spatial objects.
Monetary Policy, Trade and Convergence. The Case of Transition Economies
Berlin: LIT Verlag, 2009.

The current state of methods of the solution of boundary problems of mechanics of continuous environments is characterized. It is noted that packages of applied programs applied in engineering practice are based on the methods leading to solutions of boundary problems in the form of massifs of numbers. As a shortcoming the im-possibility of a reliable assessment of an error of such decisions for the majority of complex engineering chal-lenges is noted. As the alternative is stated an essence of a fictitious canonic regions method. It is shown that its application leads to solutions of boundary problems not in the form of massifs of numbers, but in the form of the functions which are identically satisfying with to the differential equations of boundary problems. The main ad-vantage of the fictitious canonic regions method - high precision of received results and possibility of a reliable assessment of their error. The review of stages of development of the fictitious canonic regions method is executed. The review of the works devoted to its application for the solution of scientific and engineering problems is executed.

The article reveals the problem of convergence of direct and inverse problems in Earth Sciences, describes the features and application of these problems, discloses analytical features of direct and inverse problems. The convergence criteria and conditions for convergence were presented. This work is supported by the Grant of the Government of the Russian Federation for support of scientific research, implemented under the supervision of leading scientists in Russian institutions of higher education in the field "Space Research and Technologies" in 2011–2013.

The chapter discussed the problems of the Russia’s economic competitiveness in the booming years prior to 2008 economic crisis. We estimate the competitive advantages and weaknesses, and analyze the contribution of innovations into the growth dynamics pattern.