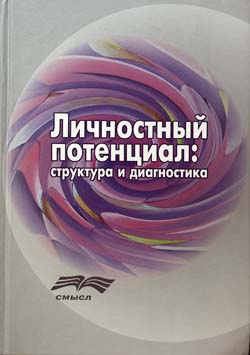 Организационное поведение. 2-е изд., испр. и доп. Учебник и практикум для прикладного бакалавриата
Голубкова О. А., Сатикова С. В. М.: Юрайт, 2016.
Sociometric popularity in a school context
Titkova V., Ivaniushina V. A., Alexandrov D. A. Education. EDU. Высшая школа экономики, 2013. No. 10.
This study investigates how the sociometric popularity of schoolchildren is related to individual academic achievements in a context of different levels of academic culture and educational aspirations in the classroom. The sample includes 5058 students in 270 classes from 98 schools in St. Petersburg. To examine class-level effects, we employ multi-level hierarchical models using HLM 7 software. Different effects for boys and girls were found, indicating that the relationship between academic performance and popularity is gender-specific. The results demonstrate that in classes with a low learning motivation individual academic achievements of boys are negatively related to their popularity, while in classes with a high academic culture the relationship is positive.
Организационное поведение: теория и практика
Голубкова О.А., Сатикова С.В. СПб.: Отдел оперативной полиграфии НИУ ВШЭ – Санкт-Петербург, 2013.
The manual is a lecture material on the main themes of the course "Organizational Behavior". The book generalize experience rosiyskih and foreign scientists working in the field of human resource management and organizational behavior, proposed thematic exercises and quizzes, tests on the original research of motivational system and level of economic consciousness of the individual tests in the study of the peculiarities of organizational culture, etc. In the last section of the manual addresses the human capital in terms of its importance for organizational development. At the end of each topic presents a methodology of training and practical exercises, role playing and gaming. In the end of the book offers a very brief glossary of key terms of organizational behavior.
From Drive To Need and Further: What is human motivation about
Leontiev D. In bk.: Motivation, Consciousness and Self-Regulation. NY: Nova Science Publishers, 2012. P. 9-25.

This chapter gives an overview of the evolution of explanatory models of the fundamentals of human motivation throughout the last century: from the concepts of instinct and drive to basic needs, and from the lists of biologically rooted needs to the discovery of non-biological, social, and existential imperatives to human behavior. The integrative model, proposed by the author, distinguishes three qualitatively different levels of individual-world relationships: the biological existence, the social existence, and the personal existence. Objective meta-necessities inherent in each level (including the actualization of potentialities and relating to the environment; social belongingness and integration; self-determination and autonomous choice) underlie special needs relevant to this particular level.