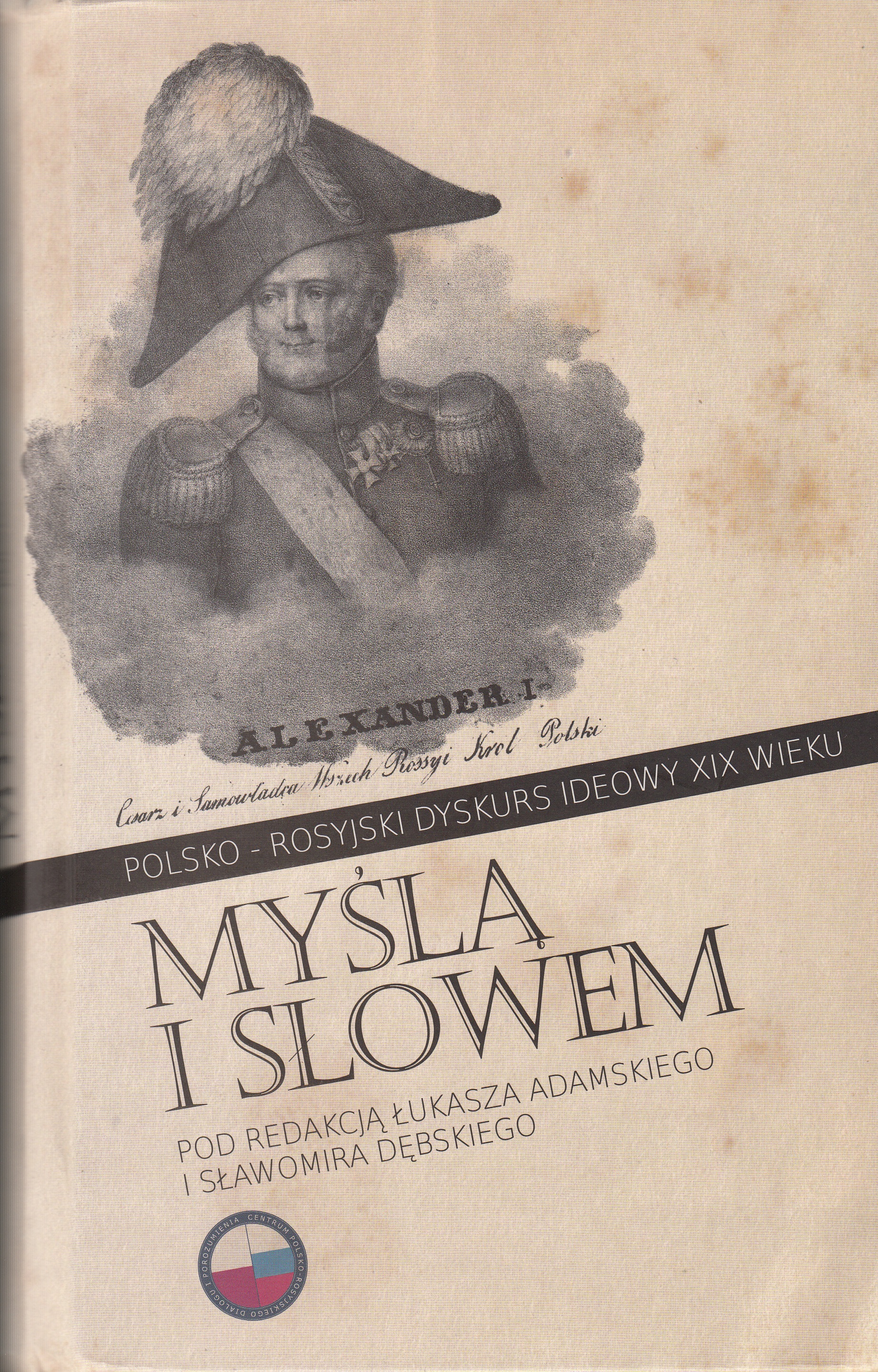 Myślą i słowem. Polsko-rosyjski dyskurs ideowy XIX wieku
Warsz.: Centrum Polsko-Rosyjskiego Dialogu i Porozumienia, 2014.
Similar publications
From Sentimentalism to the "Great Reforms": Alexander Herzen and Emotional Regimes of the Russian Empire
Ilyin A. Humanities. HUM. Basic Research Programme, 2019. No. WP BRP 181/HUM/2019.
The article examines views of A.I. Herzen on emotions and their role in politics. Herzen’s position on the issue of emotions traced back to the early socialist and romantic influences and interpreted in terms of “sentimentalist emotional regime” (W. Reddy). Two discussions that involved Herzen are scrutinized. The first one was a debate of the 1840s around rationality and morals in family life where Herzen advocated middle position between unrestricted capricious emotionality and moralistic rationalism represented by Hegelian T. Rötscher. It is argued that this debate noticeably influenced Herzen’s later conceptions of politics and the public sphere that came to prominence during the reforms of Alexander II. The article shows that Herzen repeated some of his previous arguments against excessive rationalism and emotional restrictions attacking Russian Hegelian B.N. Chicherin. Herzen backed sincerity in the expression of one’s emotions both in private life and in politics, challenging prevalent notions of rationality. Chicherin, on the contrary, was a strong proponent of the neutral and rationalized political sphere since he thought emotions would lead to disturbances and revolutions Concluding remarks concern ambiguous heritage of Herzen’s views on emotions that seem to be closer to his opponents than may be immediately apparent.
The relationship between social identities and acculturation strategies of the ethnic minority and majority in the Republic of North Ossetia-Alania: an intergenerational analysis
Galyapina V. N., Lebedeva N. Psychology. PSY. Высшая школа экономики, 2015. No. WP BRP 43/PSY/2015 .
This paper examines relationship between social identities and acculturation strategies of Russians (the ethnic minority) and Ossetians (the ethnic majority) in the Republic of North Ossetia-Alania (RNO-A). This study reveals the similarities and differences in relationships between social identities and acculturation strategies of integration and assimilation in three generations of Russians and Ossetians, living in RNO-A. The sample included 109 grandparent-parent-adolescent triads from Russian families and 106 triads from Ossetian families (N=645). Acculturation strategies and acculturation expectations were measured with MIRIPS scales, for ethnic, civic, religious, republic, regional identities. Data processing was carried out using structural equation modelling (SEM) separately for the ethnic minority and the ethnic majority. In the Russian sample there is a negative correlation between Russian cultural identity and the preference of assimilation strategy, and a positive correlation between their other (Ossetian) cultural identity and their integration strategy in all three generations. Among Ossetians no clear relationship between their Ossetian cultural identity and acculturation expectations was found in any of the generations. In Ossetian grandparents and adolescents the other (Russian) cultural identity is positively associated with the acculturation expectation multiculturalism. In adolescents (unlike grandparents and parents) this identity also has a positive correlation with the acculturation expectation melting pot. For Ossetian parents and adolescents their own cultural identity is positively associated with the acculturation expectation multiculturalism. For Ossetian parents (unlike for grandparents and adolescents) their own cultural identity negatively correlates with the acculturation expectation melting pot. In both ethnic groups their own cultural identities promote the preservation of their own culture while other cultural identities help them to adapt successfully in a multicultural society.
Региональные аспекты международных отношений: история и современность
Edited by: М. И. Рыхтик, А. Г. Браницкий Н. Новгород; Саров: Нижегородский государственный университет им. Н.И. Лобачевского, 2009.

In the collection are published articles on a wide range of regional issues in international relations and foreign policy of the great powers in modern and contemporary times.

Volume is devoted to a wide range of issues of history and modern foreign countries.

In the world philology the discussion on identity of the prototype of Stavrogin, the primary character of “Demons” by А. Dostoevsky. This character is the key one for Dostoevsky’s views on Russian revolutionary radicalism. The author of the article finds a number of correspondences in the life and activities of A. Herzen and the novel’s character. Dostoevsky himself scattered numerous hints in the novel about its hero prototype.