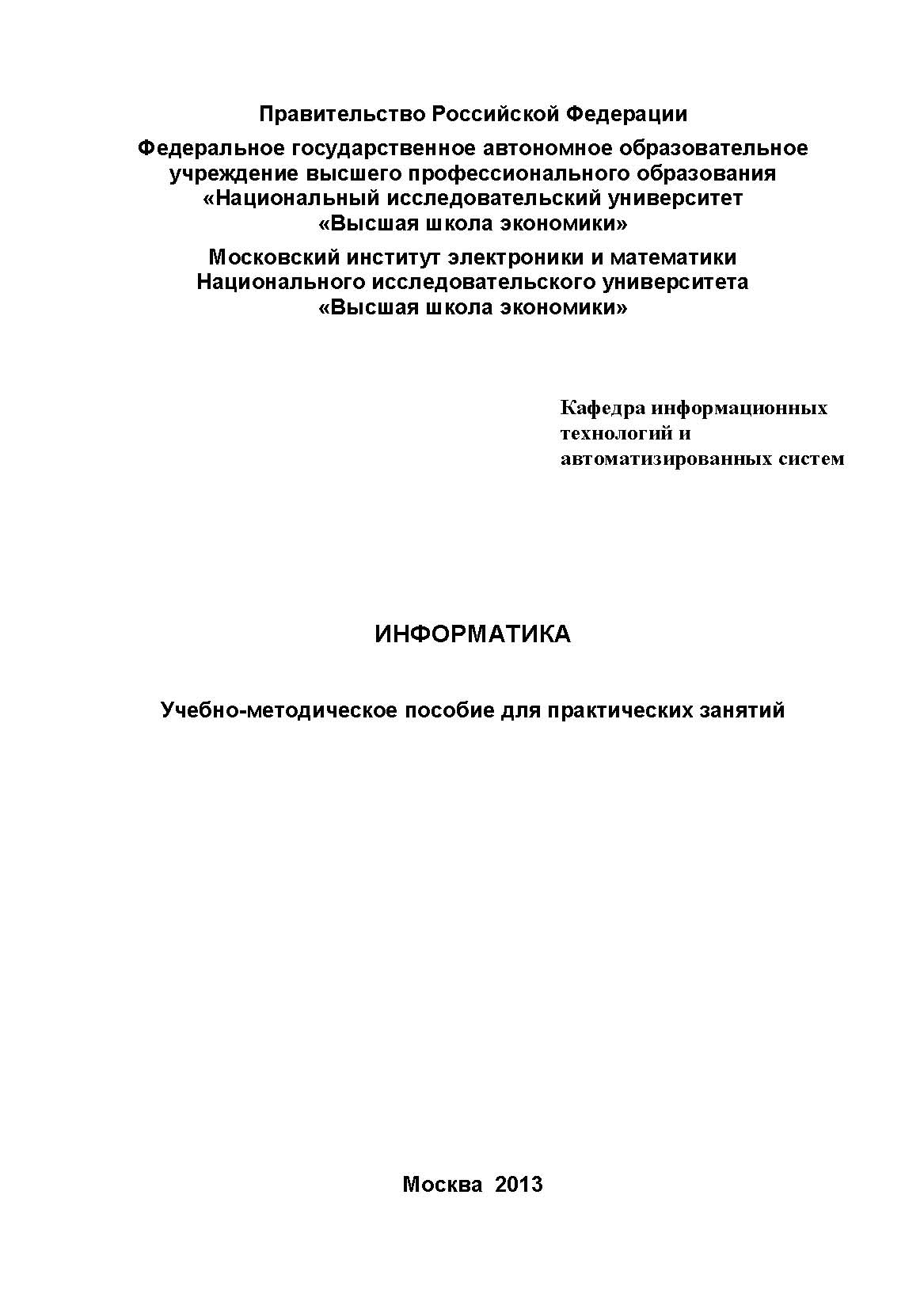 Similar publications
Методика организации выполнения домашнего задания по дисциплине "Поиск и обработка экономической информации средствами Интернета и офисных приложений"
Зверева Т. И. Информатика и образование. 2011. № 6. С. 31-34.
Страницы истории отечественных ИТ
Т. 1. М.: Альпина Паблишерз, 2015.
Development of modern electronic textbook of Russian as a foreign language: content and technology
Sibirtseva V., Karpov N. Working Papers of Humanities. WP. Издательский дом НИУ ВШЭ, 2012. No. 2012-6.
The paper considers the features of selecting the teaching illustrative material for the theoretical part of a multimedia textbook on Russian as a foreign language, and describes the peculiarities of compiling a set of exercises on the basis of the National Corpus of the Russian Language. The author(s) analysed in detail the difficulties caused by working with the National Corpus of the Russian Language for educational purposes and problems emerged in the process of working on a project aimed at creating an electronic textbook "The Russian verb. Word formation". Technology of electronic textbook was created, which is used for learning foreign language. The helpful tool tip was added in the textbook. It was compounded with grammatical information and English translation for each separated word.
Инновационная деятельность учащейся молодежи
Митрофанов С. А., Митрофанов А. С. М.: РГУИТП, 2011.
Инновации в условиях развития информационно-коммуникационных технологий: Материалы научно-практической конференции
М.: МИЭМ, 2007.
Public sector e-innovations. E-government and its impact on corruption
Proskuryakova L. N., Abdrakhmanova G., Pitlik H. Science, Technology and Innovation. WP BRP. Высшая школа экономики, 2013. No. 04/STI/2013.
The paper aims at assessing indicators and individual elements of e-government of selected countries in 2009-2010, and the interrelation of e-government with corruption in the public sector. The authors explore possible causal and dependency relations of the established interlink between e-government and public sector corruption. Although it is universally acknowledged that corruption is an evil, there is much debate over which determinants of corruption are important. Using econometric analysis for sizeable country samples the authors verified the closeness of interrelation between e-government indicators and ICT Development Index indicators, such as online services quality and ICT usage, on one hand, and the level of perceived public sector corruption, on the other hand. The major research papers were analyzed, along with international rankings and databases of international organizations. Based on the analysis recommendations for overcoming international e-government measurement constraints are put forward, as well as suggestions for future studies of the topic.
Диалектика творчества в процессе становления информационного общества
Филиппенко Л. А. В кн.: Информационное общество (философские проблемы). М.: Московский государственный институт электроники и математики, 2011. Гл. 10. С. 186-205.
Developing a statistical framework for the measurement of enabling technologies and their applications: draft guidelines for collecting and interpreting technology data
Gokhberg L., Fursov K., Perani G. Working Party of National Experts on Science and Technology Indicators. DSTI/EAS/STP/NESTI. Organisation for Economic Co-operation and Development, 2012. No. DSTI/EAS/STP/NESTI(2012)9/ANN1.