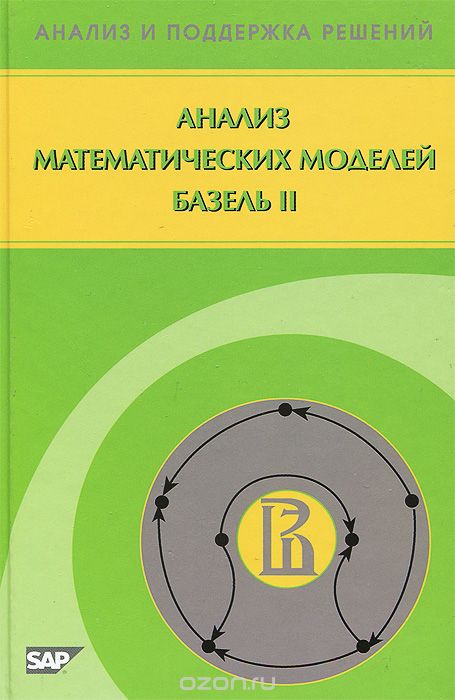 Similar publications
Modeling policy response to global systemically important banks regulation
Penikas H. I., Titova Y. Financial Economics. FE. Высшая школа экономики, 2012. No. 02.
In this paper we elaborate a simple model that allows for the predicting of possible reactions from financial institutions to more stringent regulatory measures introduced by the Basel Committee on Banking Supervision (BCBS) in regard to global systemically important banks (G-SIBs). The context is framed by a 2011 BCBS document that proposes higher capital requirements for global systemically important banks. We attempt to analyze bank interactions in an oligopolistic market that is subject to demand constraints on loan amounts and additional loss absorbency requirements introduced by the regulator. We distinguish between the bank’s announced funding cost that determines both the loan amount issued and the market interest rate, and the bank’s true funding cost that has a direct impact on retained earnings. We conclude that in a two-stage game both banks will announce the highest funding cost, thus reducing the amount of loans granted (in line with the regulator’s objective), but at the expense of a higher cost of borrowing established in the market. If the game is repeated, then both banks also choose lower loan amounts in the periods prior to the last one in which the declared funding cost is the lowest possible. It should be noted that the designated outcome also coincides with the findings of the Monetary Economic Department of the Basel Committee on Banking Supervision.
Критерии инвестиционной привлекательности
Кирюшин С. А. В кн.: Научно-техническая конференция профессорско-преподавательского состава, аспирантов и студентов «Строительный комплекс-96». Тезисы докладов. Часть 4: Исследования по технологии, организации, экономике и управлению строительством. Ч. 4. Н. Новгород: Нижегородская государственная архитектурно-строительная академия, 1996. С. 57-57.
Операции с ценными бумагами и производными финансовыми инструментами: Учебно-методическое пособие для дистанционной формы обучения
Галанов В. А., Галанова А. В. М.: Российский экономический университет имени Г.В. Плеханова, 2012.
Информационные технологии управления рисками программных проектов
Авдошин С. М., Песоцкая Е. Ю. Информационные технологии. 2008. № 11. С. 13-18.

Implementation of IT and program projects seems to be very complicated and taught process, associated with many uncertainties and risks. Sure, this does not mean the rejection of such projects, supposed the more responsibility for the decision making process of new information technologies implementation. To manage various problems which face project managers, it makes sense to use special risk management software. The functionality of modern risk management systems allows identifying risk occurrence, conducting scenario modeling, take the more appropriate managing decisions based on scenario analysis and mathematical calculations. All these functionality will support project manager to optimize his business activities in accordance to risk management practices and ensure better coordination and balance inside the project team. Currently there available a wide range of project management software, but it is reasonable to conduct some analysis in terms of applicability to specific IT projects. The author will review the most appropriate software solutions for the risk management in IT area, conduct competitive analysis and provide some recommendations on software selection.

Risk as a good
Penikas H. I., Vasilyeva K., Selmier II W. T. Addressing the Complexities of Property Rights in Financial Markets. Indiana University, 2013. No. W13–11.
The recent financial crisis has once again shown us that our knowledge of the financial sphere is insufficient to manage, let alone control, these types of crises. The concept of risk is a crucial pillar in that sphere, and this paper aims to present an alternative paradigm of risk to mitigate future financial crises. Our key point is that risk is not simply a feature of a financial product, it is a good itself. We discuss stylized facts to examine the complexity of risk and how it may be typed as a good depending on the scale of its impact and initial conditions. Our principal conclusions are first, that risk is most accurately typed as a common-pool resource (particularly systemic risk) and so another approach to pricing risk is needed.  Second, for more effective governance, risk-loving agents need to contribute to a quasi-insurance fund. We outline the basics of this insurance fund and sketch its mechanism. Insurance recipients are risk-averse agents who do not contribute as they are forced to participate in systemic risk-taking against their preferences.
Финансовая устойчивость банка: учебное пособие для студентов бакалавриата направления "Экономика"
Софронова В. В. Н. Новгород: Издательство ФГОУ ВПО "ВГАВТ", 2015.
Does Banking Regulation Cause Counterproductive Economic Dynamics?
Penikas H. I., Selmier II W. T. Economics/EC. WP BRP. Высшая школа экономики, 2013. No. 15.
This essay aims at highlighting the linkage between current international banking regulation (namely, that produced by the Basel Committee on Banking Supervision) and economic activity, which is proxied by the S&P500 stock market index. It is revealed that the amount of regulatory documents published per year affects stock market performance, but only for the next two years. Discussion on the probable reasons for this is included.
Правовая система и вызовы современности. Материалы IX Международной конференции студентов, аспирантов и молодых ученых
Edited by: З. Сагитдинова Ч. 2: Международное частное право. Уфа: Редакционно-издательский центр Башкирского государственного университета, 2012.
Оценка рисков сотрудничества с аутсорсером
Котляров И. Д. Проблемы экономики и управления нефтегазовым комплексом. 2012. № 11. С. 34-37.
Финансовая составляющая отношений франчайзинга: проблема расчета ставки роялти
Котляров И. Д. Корпоративные финансы. 2011. № 1. С. 32-39.

The present article contains a description of new method of royalty calculation based on analysis of risk decrease generated by franchisor's intellectual assets transmitted to franchises.