The article summarizes the data from a few tens of in-depth interviews with entrepreneurs – representatives of a small business from six rural districts of the North-East of Kostroma region. The purpose of the interview was to discover expectations and suggestions from entrepreneurs to the local and state government. Interview data reveal the profound contradictions between the business and the government, some of which are hidden from the external observer. These contradictions are based not only on results of the local authority actions, but also on the specific current status of local government that makes it impossible to effectively interact with the business. On the other hand, the development of local businesses has led to a peculiar configuration of the business community, also making it difficult to communicate with the authorities. Particular feature of Middle Russian North business, especially in the highly subsidized Kostroma region, is its total focus on the use of natural resources, almost exclusively forest. Single-industry raw material specialization of the entrepreneurship as well as very narrow and underdeveloped segment of service makes entrepreneurs completely dependent on arbitrariness of local authorities. This, however, does not protect them from the territorial invasions and capture of the market by big outside mining and network companies. As a result of such two-sided attack local business is trying to get protection from the local government that leads to inadmissible merging of business and government and monopolizing of business in almost every rural district. Direct consequences of such a merging are government inefficiency, lack of incentives for business development, and stagnation. Some “evolutionary stable strategy” has been developed, that does not allow winning any of the actors yet saving them from loses in competition with the outside players. Understanding of the inefficiency and dead-end of such an interaction by some entrepreneurs forces them to raise claims to local authority. Interviews analyses resulted in the list of complaints and suggestions on how to optimize an interaction between the local business and local authorities. 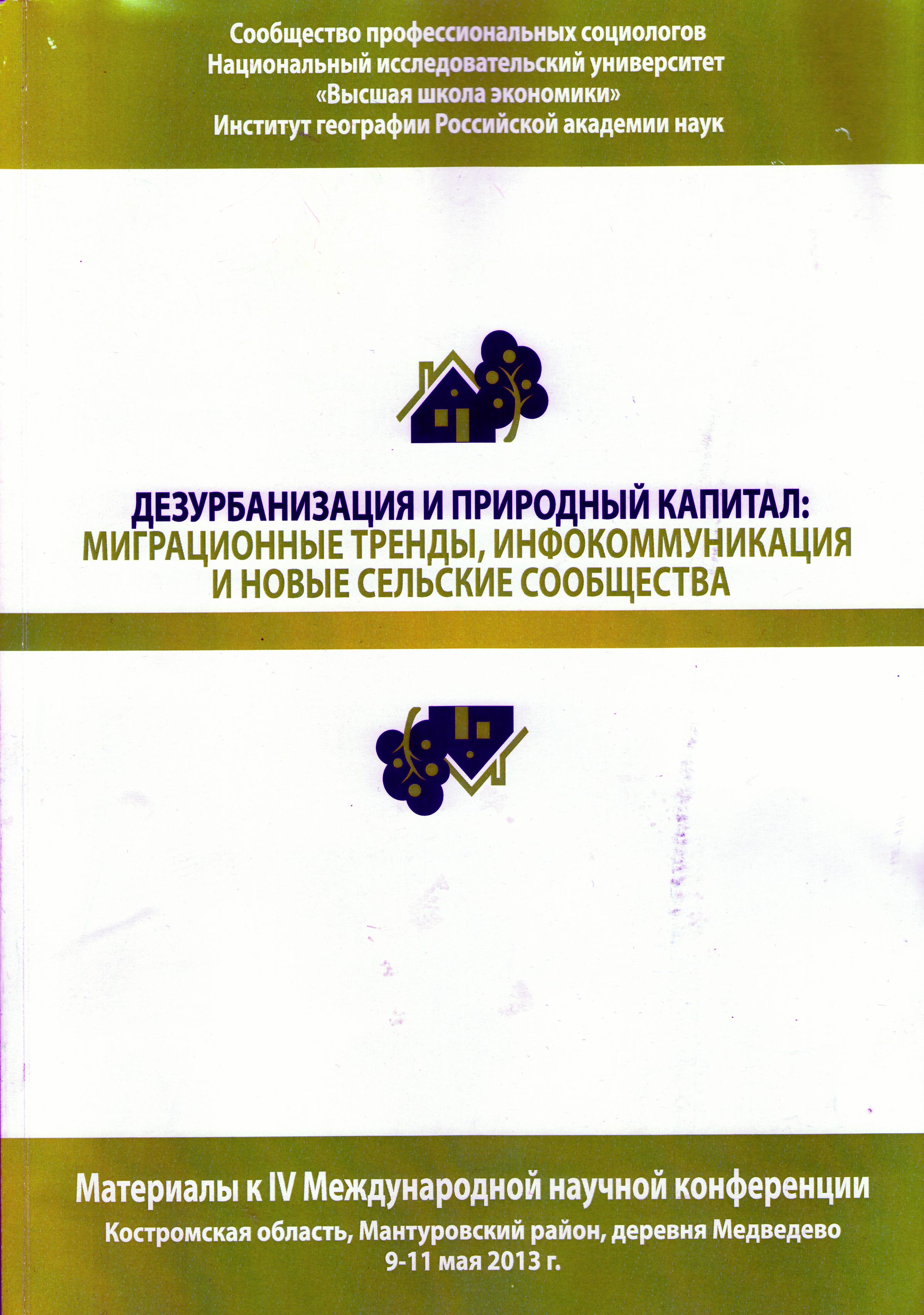 Local government reform has changed the administrative-territorial structure of the country. Revolutionary change was noticed neither nationals nor the state. The reform of local government came a new reality. Must be closely monitored and the study of this new reality. Need to send a description of the already existing diversity of social, economic and territorial forms of social organization. Our lives can not squeeze into the norms of the existing laws. We certainly seem inadequate attempts to develop a standardized system of local government by the capital experts. They know about the local government only that it is somewhere abroad. There can not be a uniform system of local government for the vast country. we should not neglect the geographical, ethnic, political, cultural and economic diversity of life in the towns and villages of the Russian Federation.