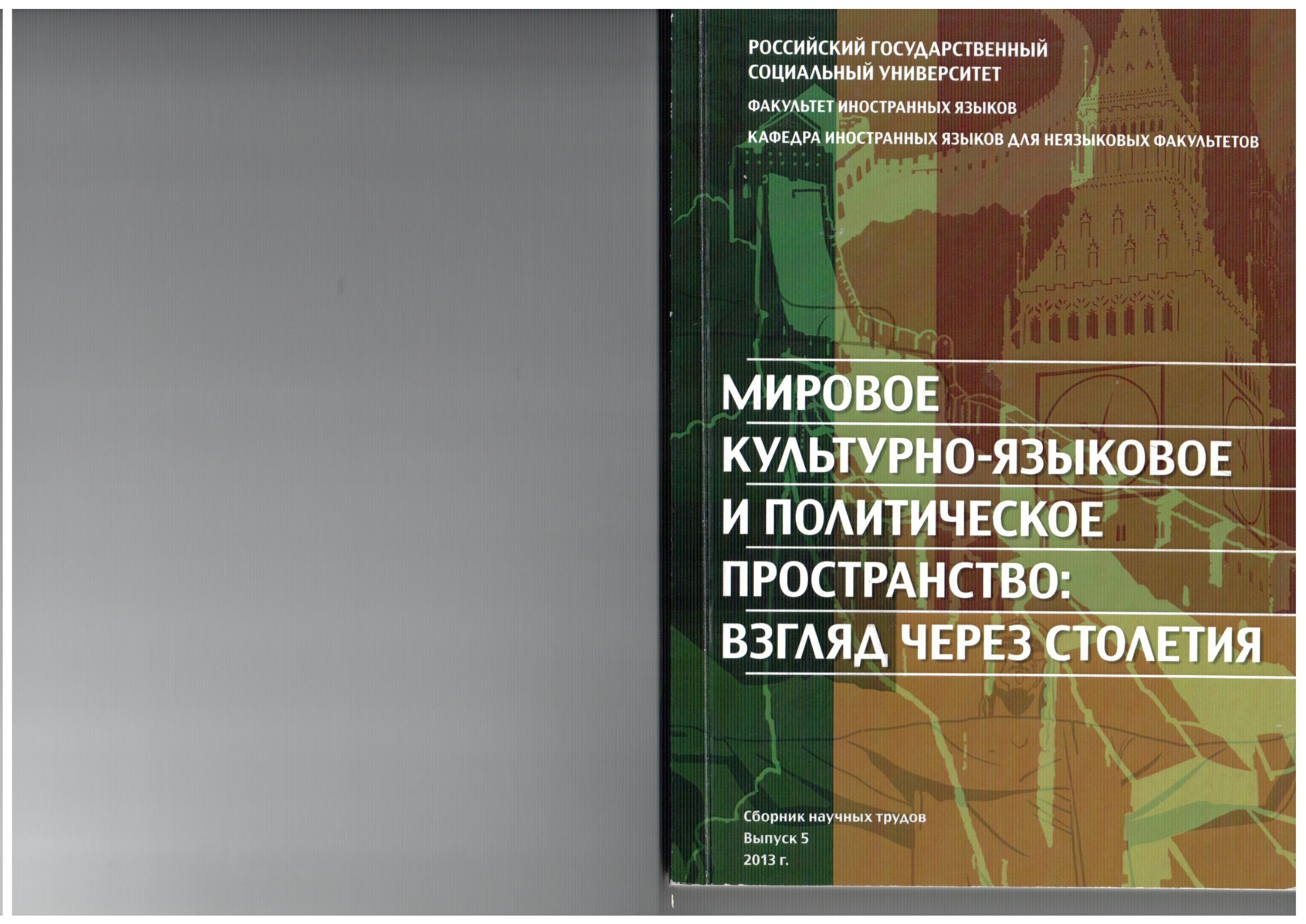 Стратегии адаптации мигрантов и их психологическое благополучие (на примере Москвы и Северного Кавказа): Монография. – М.: Изд-во, 2012. – с. 192
Лепшокова З. Х. М.: Грифон, 2012.
University Deloproizvodstvo (Paper Work) as a Cultural Practice and Institution in Russia in the First Half of the 19th Century
Vishlenkova E. A. Humanities. HUM. Basic Research Programme, 2012. No. 03.
The article analyzes documentation management as a cultural practice and institution through which university professors’ corporations in Russia in the first half of the nineteenth century lost their autonomy, acquiring instead a bureaucratic identity and ethics of state service. The study draws on official documents from university archives of Kazan, Moscow and Kharkov, and the archive of the Ministry of Education (St. Petersburg). It focuses on changes in the language of university record keeping, describing the self-identification matrices of professors as well as the growing role of quantitative and standardized information about university life they had to provide in their reports.
Ресурсы городской среды для формирования идентичности горожан
Осипова О. С. В кн.: Социальные преобразования и социальные проблемы. Сборник научных трудов. Вып. 11. Н. Новгород: Издательство НИСОЦ, 2009. С. 83-92.
Новая «социальность» социальной истории
Савельева И. М. Гуманитарные исследования. WP6. Высшая школа экономики, 2015. № 3.
The aim of the paper is to proceed from surface judgments to more thorough knowledge of what is happening to social history today. The study delineates emergent research fields and subject matters of the recent social history and traces the development of the subdiscipline’s conceptual framework and its main categories. Both cognitive and institutional aspects of social history’s current condition are analyzed (e.g. loss of leadership, the scholarly community lacking a “midpoint” notwithstanding the numerous journals, associations, and old academic elite still persisting).
Тождество "я" - конфликт интерпретаций
Порус В. Н. Культурно-историческая психология. 2011. № 3. С. 27-35.

The subjects of the discussions at the Round Table included particular features of today's crisis and of its influence on the quality of democracy; exposure of the main sociopolitical risks and revelation of the resources of a way out of the crisis; estimation of the prospects and determination of the outlines of a new model of development for the world and for Russia. The material is divided into two parts according to the subject-matter: the first part throws light upon the world context of the crisis and contains estimations of Russia's place; the second deals mainly with Russian problems.