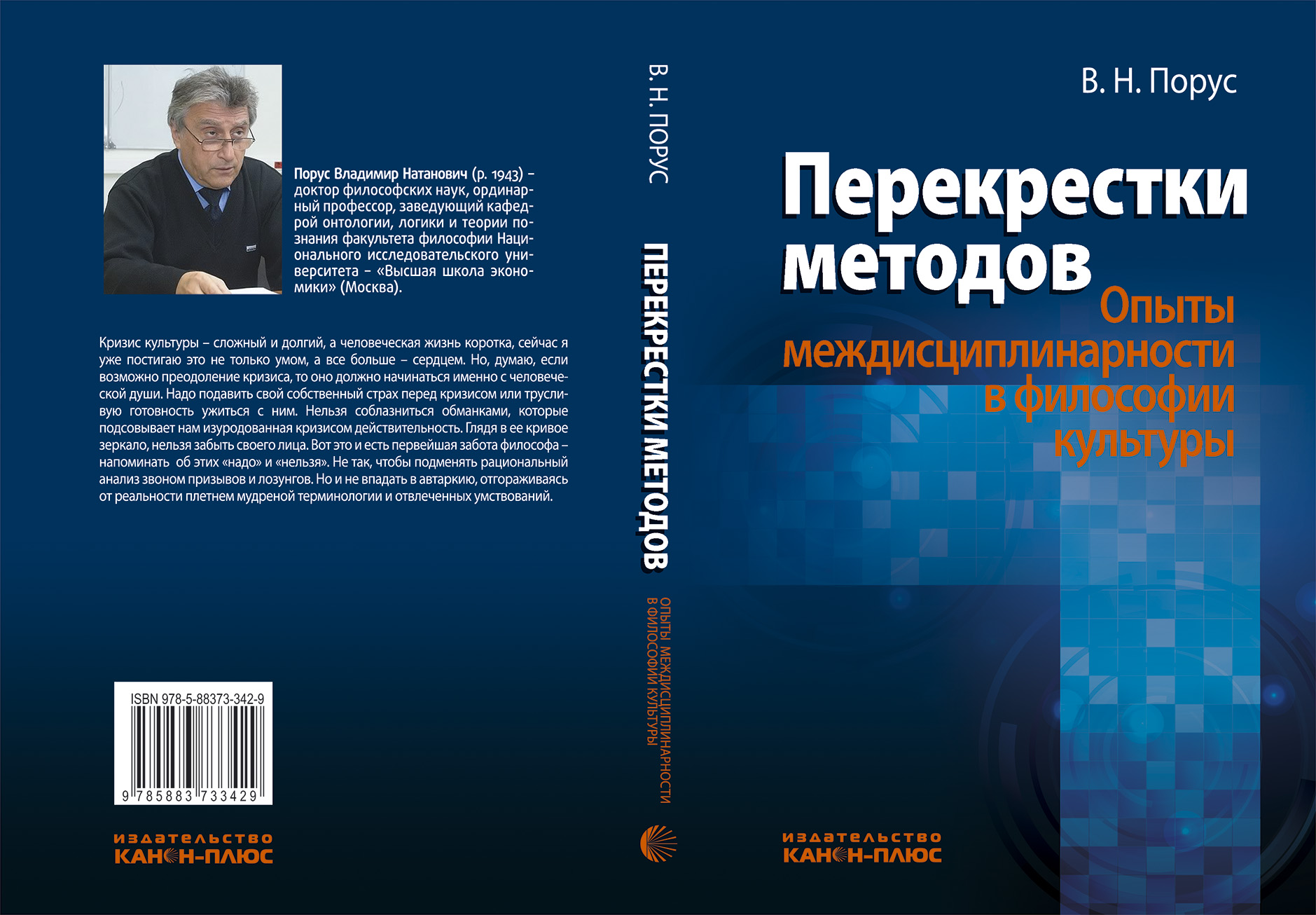 Similar publications
История и философия науки
Крючкова С. Е., Яблокова Н. И. М.: Янус-К, 2011.
The choice of interpretation as a problem of social epistemology
Porus V. N. Humanities. HUM. Basic Research Programme, 2013. No. 19/HUM/2013.
Social epistemology is a set of attempts to assign a philosophical meaning to sociological studies of cognitive processes within their social context. These attempts are being made through competition of philosophical interpretations. The choice of interpretation is governed by the desire to bring value orientations of science in line with the challenges from a changing cultural-historical environment. Robert Merton’s “normative ethos of scientists” is reviewed here as an illustration to this thesis.
Психология в культурно-исторической проекции
Порус В. Н. Вопросы философии. 2011. № 7. С. 49-57.

Полог над бездной
Парамонов А. А. В кн.: Будущее фундаментальной науки: Концептуальные, философские и социальные аспекты проблемы. М.: Красанд, 2011. С. 226-228.
Университетская академическая свобода
Углева А. В. Философские науки. 2010. № 11. С. 130-142.
The concept of the space interpretation problem in some of the modern physics multiverse hypotheses
Ivan A. Karpenko. Humanities. HUM. Basic Research Programme, 2015. No. 98.
In order to determine the concept of space interpretation in several multiverse hypotheses, this article analyzes a number of them, which arises from some theories of modern physics. The interpretation of space in the history of philosophy and science and their interrelation with modern physical notions are presented. The research is based on the cognitive interpretation method of the contents of formalistic mathematics and physics theories, the method of comparative analysis (analysis of philosophical texts), the hermeneutical method, and the phenomenological method (analysis of representations). The author shows how the context of modern physics multiverse hypotheses contributes to new connotations in the perception of space. The research draws some conclusions about the present status of the philosophical perception of space.
Poisson groups and differential Galois theory of Schrodinger equation on the circle
Semenov-Tian-Shansky M., Marshall I. Communications in Mathematical Physics. 2008. No. 284. P. 537-552.
Л.Н. Толстой: Просветитель, преодолевший Просвещение
Климова С. М. Философские науки. 2019. Т. 62. № 2. С. 109-126.