On the other side, evidence of some labour market research projects (Gimpelson, Zudina, 2011) show that the employment in informal economics is growing – at least, in Russia. Moreover, it is growing faster than the economic growth and than the incremental dynamics of jobs in formal economic activity. It seems that most of such informally acting persons are sole proprietors or self employed of different types.

There are several reasons for choosing informal entrepreneurial activity according to the mainstream literature. First, lack of resources and credibility pushes some entrepreneurs into shadow economy where only informal activities are possible. Second, the state regulation level as well as administrative burdens nay lead to the same result. Third, there are some ‘avoidable markets’ where informal activity only is possible. Fourth, some freelance activities can be started only as a second job realized on informal manner.

In some weaker transitional economies, there are some additional reasons which lead to the growing number of business deals done informally.

The paper examines some cases of different forms of informal entrepreneurial activity in Russia and Ukraine (Williams & Round, 2007) which lead the authors of the paper to the conclusion that there are following additional reasons for informal entrepreneurship in some transitional countries:

low level of income shrinks the demand of population – hence, only informally acting enterprises with low level of transaction costs may fit the demand in low quality cheap goods; the ‘circle of informality’: the already high impact of informal economy (subsistence economy in villages and small towns, services for households done informally etc) are producing a significant amount of informal incomes which may be realized in buying informally produced and distributed goods.

Besides, the paper gives a typology of informal entrepreneurs in transitional countries.

The purpose of paper is to investigate how the interplay of  commuting and communication costs shapes economy at  intra-urban level. Specifically, we study how  decentralizing the production and consumption of goods in secondary employment centers allows firms located in a large city to maintain their predominance. The feature of approach is using of two-dimensional city pattern instead of the “long narrow city” model.

A high number of researchers tend to view traffic jams and accidents as a result of, among other causes, collective action failure, when agents are reluctant to cooperate instead of coming to a win-win solution. At the same time we can view the state of infrastructure as a public good that is provided by the government or by cooperated agents.

Capital Structure policy still puzzles researchers in developed and emerging markets. We contribute to the literature by examining capital structure policy of large companies in Central Europe and BRIC countries.

Our sample consists of 372 firms from 14 Central and Eastern European and BRIC countries for the period 2002-2009. We conduct separate analysis for both pre-crisis and post-credit crunch periods to emphasize the differences occurred in debt-to-equity choice policy in emerging policy.

Our research rests upon the dynamic trade-off model. According to the concept each company has its own target financial leverage to which it is trying to adjust is actual debt-to-equity ratio with a specific adjustment speed. This rate of adjustment depends on firm-specific, institutional and macroeconomic factors. Moreover the dynamics of a firm’s leverage could depend upon financial deficit of the firm and the cost of available financial sources. The former issue addresses the situation when the choice of financing mix should be made under the existence of information asymmetry, unclear ownership structure and positive transaction costs which could lead to the financing sources hierarchy formation. The latter topic relates to the concept stating that the management would try to take any opportunity of favorable market conditions to reduce the costs of financing.

Our model is designed to test the following hypotheses:

Hypothesis 1. Firms operating in BRIC and Eastern Europe have target financial leverages and positive speed of adjustment. The major determinants of target ratio in these countries are the traditional determinants derived for the developed markets (size, assets profitability, growth opportunities, tangibility of assets).

Hypothesis 2. Existence of internal financial deficit ceases the significance of target financial leverage by decreasing the speed of adjustment.

Hypothesis 3. Market estimates of company’s value and lending rates influence the dynamics of capital structure and lead to the decrease of the target adjustment role (by decreasing the speed of adjustment)

Hypothesis 4. Credit market development and liquidity problems within the credit crunch period cease the role of target adjustment by decreasing the speed of adjustment.

Hypothesis 5. The speed of adjustment in BRIC and Eastern European companies positively depends on the following macroeconomic factors: inflation rate, the growth rate of the economy, the degree of financial market development.

The results of our research show that the speed of adjustment of capital structure to the target level in BRIC and Central and Eastern European countries has reached the level of that of the developed countries. Further, this speed is time-varying, has a cross-firm variation and depends on macroeconomic factors, internal financing deficit and, less significantly, cost of financing.

The proposed decomposition of financial deficit revealed that the major role plays two elements: profit (through profitability) and capital expenditures. Operating cash flow significant grows within the credit crunch period emphasizing the crucial role of liquidity during the unstable period. Moreover the speed of adjustment is lower for the whole sample if compared to the pre-crisis period results.

Market timing factors are significant for Central and Eastern European companies only, where a negative relationship of leverage and cost of debt was revealed. However the changes of market prices cannot explain the capital structure choice in our sample.

Macroeconomic variables (inflation, GDP per capita growth, financial market development) positively influence the speed of adjustment. Thus firms operating in BRIC and Central and Eastern Europe tend to adjust their capital structures to the target levels within the periods of economic growth, high inflation and in the systems with more developed financial markets. 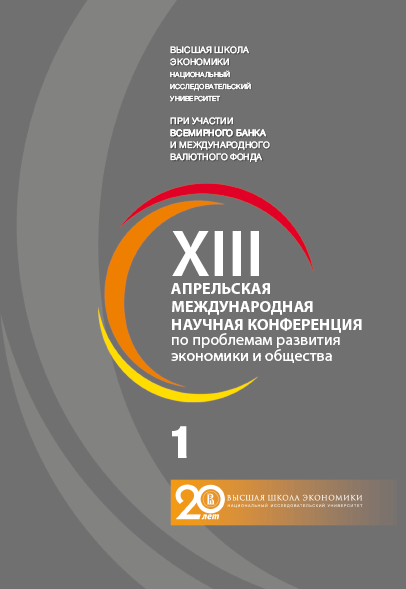