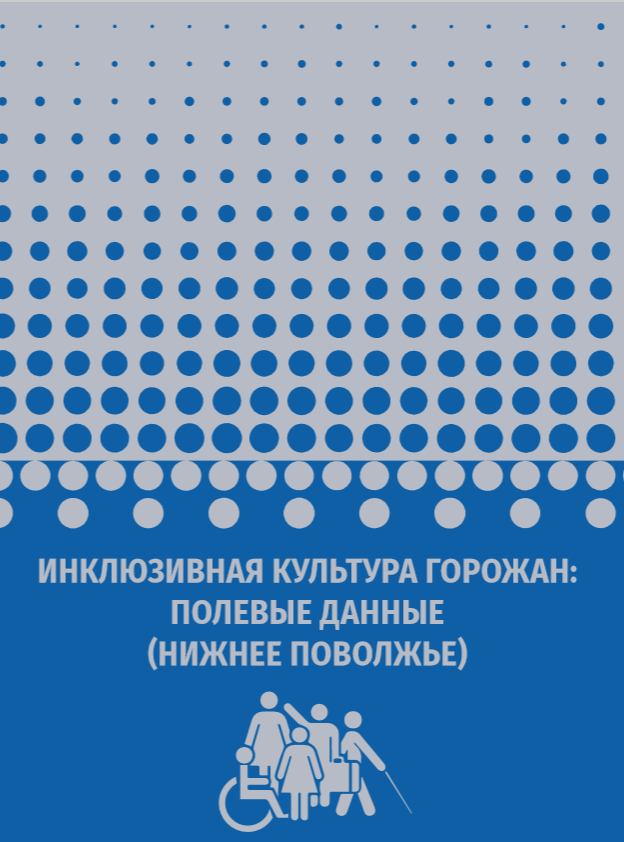 This paper summarizes the insights obtained in the course of the proactive educational project "Inclusive Higher School." The goals of the project are to examine the present-day process of inclusive education at the National Research University "Higher School of Economics", as well as to develop a set of recommendations for promoting an enabling learning environment for students with disabilities. This paper briefly describes the main steps of the project, sums up the results of the studies, and analyzes the current degree of disability inclusion at the Higher School of Economics.

This article makes an attempt to look at the contemporary concepts of social exclusion and social inclusion from the position of such challenges of a global society as multiculturalism, as this perspective pays attention not only to structural inequality, but also to cultural, ideological and behavioural aspects which are in charge of the marginal position of some groups, communities and individuals. A primary role of an individual in building up the “bridging social capital” is presented in order to develop trust – in a framework of the action paradigm – and therefore promote social integration in society. The analysis is built on a number of Western and Russian policies, initiatives and practices that aimed at educating our society in terms of social inclusion and at attracting attention to an increasing number of the reasons for social exclusion. An emphasis is placed on the processes of social inclusion of the migrants as well as on a general capability of the social inclusion as such to exist in a multicultural society.

The book may be of interest to representatives of the administration, initiative territorial communities and other interested social groups for applying an analytical approach to the social space of the city, as well as when deciding on the development of the urban environment to form the conditions for the process of inclusion of citizens in the urban social space and to strengthen their territorial identity. In addition, the materials can be used in the courses “Sociology of the city”, “Urban studies” in universities.

The paper presents the results of the psychological research on interaction of mothers with preschool children with intellectual disabilities. A questionnaire of Parent-Child Emotional Interaction by E.I. Zakharova and a Scale of Child Rejection Degree by A.I. Barkan are used in the empirical study. The basic idea of the scientific research is optimization of emotional interacting of mothers with preschool children who have intellectual disabilities by means of psychological training which is aimed at developing emotional-sensual, empathy-behavioural and cognitive-reflective components of parenthood. The data mentioned above describe the emotional side of mother’s interaction with the child as a disjunction, i.e. most of the mothers manifest low sensitivity to the condition and needs of the child, lack of understanding the causes of child behaviour, inability to empathize to the child when he/she is in a predicament. In order to improve mothers’ understanding of their own children, characteristics and regularities of child development, to enhance the ability to understand the experiences, states and interests of the child, to change attitudes of parents to the child and themselves a training program has been implemented. The results of the control phase of the experiment conducted show the positive effect of group work on peculiarities of parent-child emotional interaction. The number of mothers who are able to understand the reasons for the child’s moods, sympathize with child, set him/her calm attitude increased. Mothers’ impression that they are controlling the development of their child has appeared. Mothers were more likely to seek physical contact with a child. A larger number of mothers began to provide emotional support to their children and to take into account the mood and interests of the child in leisure activities planning.

Необходимость институциональной поддержки дошкольного образования детей-аллергиков
Савинская О. Б. Детский сад: теория и практика. 2016. Т. 64. № 4. С. 94-101.
Constructing Identities And Boundaries: Fashion And Clothing Of Working And Middle Class Youth In Contemporary Russia
Margarita Kuleva. Humanities. HUM. Basic Research Programme, 2015. No. 85.
Clothing and fashion play significant role in the process of ageing, and help put bodily experiences in the context of culture. It is especially important for young people as social subjects, who are starting to become independent but do not have sufficient experience and social competences to do this.    This paper explores how youth of middle and working class in Russia use clothing to denote their social identity and construct boundaries.The paper is based on materials of 81 IDI with young people from St. Petersburg.
Экономическая активность населения России в 1990-е гг.
Гимпельсон В. Е. Проблемы рынка труда. WP3. Высшая школа экономики, 2002. № 01.
University Students’ Use of Information and Communication Technologies (ICT) in Russia: A Focus on Learning and Everyday Life
Porshnev A., Giest Hartmut. Seminar.net. 2012. Vol. 8. No. 1. P. 27-53.