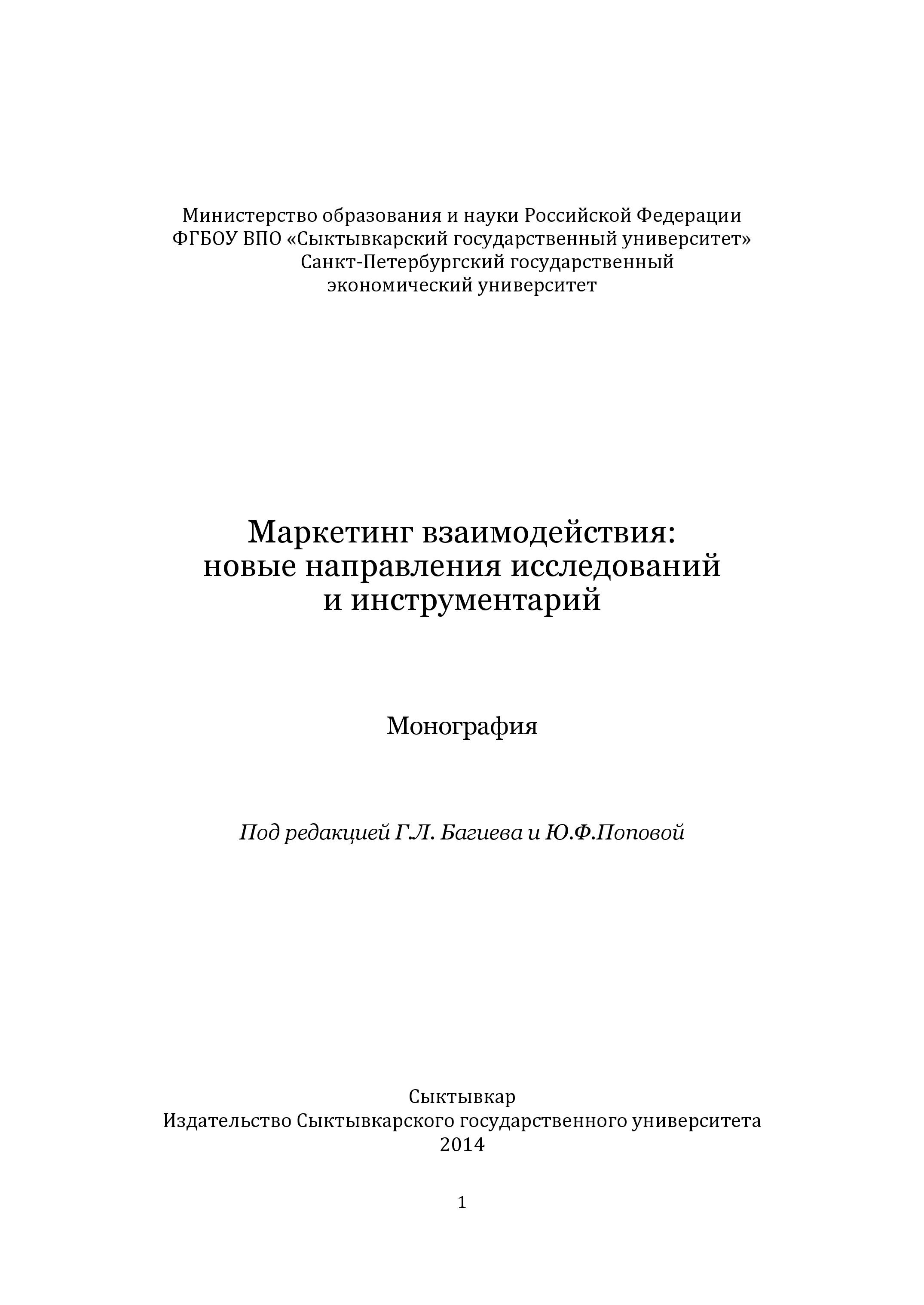 The author points to some common theoretical roots of the new economic sociology and relationships marketing. The author describes many common research interests they have including their focus on relational aspects of the market exchange viewed as ongoing process accompanied by formation of long-lasting ties between exchange partners; active use of the network approach; studying motivation of the market participants; stressing the importance of communication and information exchange.

Thus, in spite of many substantive differences, the proponents of economic sociology and relationship marketing might have many reasons to pay closer attention to what is being done by their neighbors.

In this article the system of companies’ relationships with partners is investigated through the lenses of the portfolio theory approach and the results of this analysis are introduced; also the definition of relationship portfolio is given and the main models of building relationship portfolios with buyers and suppliers are explored. The system of criteria for building relationships portfolio was developed after the analysis of these models and then was sample tested with the data from the empirical research of the 223 Russian companies operating in b2b markets.

Modern marketing is a system of many tools and technologies, subordinate unified scientific methodology. As part of this methodology are formed, improved and developed a variety of scientific theories by which knowledge about marketing systematized. The theory satisfactorily describes the marketing practice is impossible without including in it such an important element of the market economy as a mediator. At the same time the mediator on the market acts as a buyer and as a seller. This significant difference behaviors mediator behaviors of other market participants. And if the theory of consumer behavior and the theory of production represented a deep mature, the mediator of the theory say it is not necessary. We present some of the results obtained in this direction