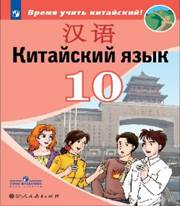 Similar publications
Китайский язык. Второй иностранный язык. Рабочие программы. Предметная линия учебников «Время учить китайский!». 5–9 классы: учеб. пособие для общеобразоват. организаций
Сизова А. А. М.: Просвещение, 2017.
Актуальные и возникающие проблемы в разработке образовательного стандарта для программы изучения китайского языка в старших классах
Сизова А. А. В кн.: The II International Conference «METHODS OF TEACHING ORIENTAL LANGUAGES: ACTUAL PROBLEMS AND TRENDS». Methods of Teaching in Elementary and Middle School (Методика преподавания восточных языков в начальной и средней школе). М.: 2014. С. 3-4.
Closing the Skills-Jobs Gap: Russia and China Compared
Remington T. F. Political Science. PS. Высшая школа экономики, 2017. No. WP BRP 53/PS/2017.
Around the world employers complain of shortages of skilled workers. Meantime, educational and training institutions often function as “bridges to nowhere.” This has implications for both social and economic development. When VET systems are ineffective, they either turn out individuals with skills that are poorly matched to the demands of the labor market, or replicate existing social divisions between rich and poor. Economic inequality, both cross-sectional and spatial, undermines the ability of educational and skill-forming institutions to equalize opportunities for young people to acquire skills usable in the labor market. This bifurcates society between a low-wage, low-skill, often informal employment sector, and a higher-skill, higher-wage sector. This problem has grown more acute everywhere as a result of automation and globalization. For this reason, experts and policy-makers around the world have called for upgrading the quality and effectiveness of vocational education and training (VET), in particular by encouraging closer cooperation between employers and schools. They seek to adapt elements of the German and other continental systems where apprenticeships are the most common pathway leading from school to jobs. Building firm-school partnerships requires overcoming two sets of collective action dilemmas, however: coordinating the interests of firms around setting professional standards and curricular goals, and establishing cooperation between employers and schools. The paper argues that cooperative arrangements vary along two dimensions: the “breadth” of collaboration by schools and firms, i.e. how many firms and schools pool their efforts to upgrade VET; and the “depth” of commitment, that is, how costly is the joint commitment by firms and schools to VET. The evidence suggests that there is typically a trade-off between deepening and broadening. The paper compares China and Russia — two large, relatively decentralized countries with different economic systems — with respect to current efforts to close the gap between skills and jobs. It draws conclusions about the nature of the circumstances under which reforms are likely to result in greater deepening or broadening of cooperation. The paper argues that the formation of effective institutions for resolving collective dilemmas result from government initiatives mobilizing existing capacities to respond to challenges in the external environment
Обучение написанию частного письма студентов, изучающих второй язык в нелингвистическом ВУЗе
Успенская Е. А., Феклистова Л. П., Шмаль М. В. Альманах современной науки и образования. 2011. № 6(49). С. 163-173.
The Tiger and the Dragon: Development Models and Perspectives of India and China
Grinin L. E. In bk.: This Globalizing Word. Volgograd: 2015. P. 104-125.

The Political Role of the Russian Consulates in Mongolia in the Mongolian National Liberation Movement in the Early 20th Century
Sizova A. Basic research program. WP BRP. National Research University Higher School of Economics, 2016. No. 119.
This article examines the objectives, specific features and the results of the political and diplomatic work of the Russian consulates in Outer Mongolia during the rise of the Mongolian national liberation movement in the 1900-1910s. The article is based on a wide range of sources, including archives, in Russian, English, Chinese and Mongolian. In the period after the Xinhai revolution,  Russian  representatives  were  actively  involved  in  the  settlement  of  the  political disputes  between  China  and  Mongolia  which  sought  independence  from  the  former  and facilitated the achieving the autonomous status by Mongolia. The Russian diplomats participated in the elaboration and implementation of important international agreements, organization of the technical and financial help to the Mongolian government and prevention of the spread of the Pan-Mongolist movement. Therefore, at the beginning of the 20th  century, the Russian consulates not  only  served  as  powerful  protectors  of  Russia’s  strategic  interests  in  Mongolia,  but  also played a significant regulating role in the political processes in  this country. Above that, they were important for maintaining the Russian Empire’s political contacts with China and Mongolia and the political status quo in the regional system of international relations.
25-th Anniversary Conference of the Chinese Studies Program in Sofia University “St. Kliment Ohridski”
Publishing House of the Sofia University St. Kilment Ohridski, 2018.
Проблема преемственности процесса обучения второму иностранному языку в неязыковом вузе в свете Болонского процесса
Успенская Е. А. Филологические науки. Вопросы теории и практики. 2010. № 1(5) Ч.2. С. 212-218.

The article is devoted to the detailed consideration of the problems of the second foreign language teaching in non-language higher educational establishments. The author pays special attention to the necessity of keeping the continuity of the teaching process in the light of Bologna process.

Особенности преподавания грамматики второго иностранного языка в неязыковом вузе
Успенская Е. А. Альманах современной науки и образования. 2010. № 2(33) Ч.2. С. 166-169.
Развитие современного информационного пространства: анализ и перспективы
Дзялошинский И. М., Пильгун М. А., Тощева А. В. и др. Вып. 11. М.: АПК и ППРО, 2012.
Технологии работы с текстовой и фактографической информацией. Словарь-справочник
Шаров А. Г. МегаВерсия, 2007
University Admission In Russia: Do the Wealthier Benefit from Standardized Exams?
Prakhov I., Yudkevich M. M. Education. EDU. Высшая школа экономики, 2012. No. 04.
This paper examines the impact of family income on the results of the Unified State Examination (the USE) and university choice in Russia. We argue that, even under the USE, which was introduced instead of high school exit exams and university-specific entrance exams, entrants from wealthy households still have an advantage in terms of access to higher education, since income positively affects USE scores through the channel of a higher level of investment in pre-entry coaching. Moreover, richer households make more effective decisions about university. We have found positive and significant relationships between the level of income and USE results for high school graduates, with an equal achievement before coaching. We subsequently propose that students from the most affluent households do invest more in additional types of preparation (pre-entry courses and individual lessons with tutors), and those extra classes provide a higher return for children from this particular income group. Finally, we show that holding the result of the USE equal, students with good and fair marks from wealthy families are admitted to universities with higher average USE score than those from poorer families. As a result, we can observe that income status is a factor that significantly influences enrollment to university.
Эффективные стратегии и тактики в современных коммуникационных процессах
Edited by: М. А. Пильгун Вып. 10. М.: АПК и ППРО, 2012.
Наблюдения над палеографией византийских надписей Северного Причерноморья
Виноградов А. Ю. Вестник древней истории. 2012. № 1. С. 182-195.
University Students’ Use of Information and Communication Technologies (ICT) in Russia: A Focus on Learning and Everyday Life
Porshnev A., Giest Hartmut. Seminar.net. 2012. Vol. 8. No. 1. P. 27-53.