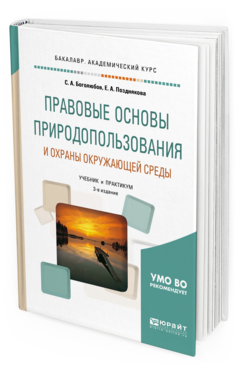 The present edition represents the scientifically-practical comment to the Federal act «About precious metals and jewels» (further - the Law). From the moment of the introduction of the Law into force has passed more than ten years. For this period changes have been made, accepted or the subordinate legislation specifying and supplementing sphere of action of the present Law has changed. The comment is constituted taking into account last changes and additions, and also the normative acts published after an adoption of law.

Considering traditional closeness and specificity of branch, authors have considered necessary for more complete understanding of the mentioned questions to supply separate articles of the comment with the allocated blocks in which short historical digression or the information inquiry contains.

The book is relevant for undergraduate and postgraduate students, professors, research and practising lawyers and those who are interested in the theory and practice of the legislation in sphere of precious metals and jewels.

In Soviet period absence of market prices led to extremely inefficient land use and spatial development of cities. Centralized planning system was not flexible and responsive to changing demand, preoccupied with minimization of construction costs and characterized by very low density of land use. In 20 years after the beginning of market economic reforms and mass privatization of real property the situation in land use and spatial development of Russian cities didn’t change much. Main reasons of this are: unclear, non-specified and often not registered property rights; quasi-monopoly of the state on urban lands; absence of clear distinction between federal, regional and municipal lands; high transaction costs and administrative barriers for developers; still very much administrative approach to planning and land use regulation, absence of real dialog with community development groups and NGOs. In this legal and institutional environment regional and/or local authorities often act in interests of big and influential investors and developers, scarifying interests of community as well as of small private owners and tenants.  As a result we can see a further worsening of the urban environment, decreasing of green areas, disappearance of historical character of whole parts of city centers, sprawl developments in suburbia etc.

To measure transaction costs and administrative risks in urban development and construction, a survey of developers, builders and real estate agents was undertaken in St Petersburg and Leningrad region,  the results of which are presented in the paper.