The article substantiates that uncertainties, instabilities, and fluctuations accompanying the development processes in the modern world not only create difficulties for us, but also form a basis for our individual and collective creativity. The future is open and not given to us in advance, and it is in the power of a man to make a deliberate and measured choice of the further path of development from a whole spectrum of possibilities in states of instability or at points of bifurcation. The world is constructed by men and with their active participation taking into account some preferred images of the future. Such scientists and thinkers of the 20th century as Ilya Prigogine and Ivan Frolov combined philosophy and science and taught us to develop integrative, holistic, interdisciplinary strategies for understanding the present and constructing the future, guided by humanitarian values and a culture of reason.

Nobel prize winner I. Prigogine stands for peace, against the arms race, against the use of science for destruction of man and humanity. In his opinion, in the sphere of human capabilities it is essential to change the trajectory of civilization development. At the bifurcation points, unprecedented changes are possible. Instability is not a sign of weakness, but of the vitality of the system. Globalization should not mean unification, but pluralism and diversity of cultures. Science of the future needs to give a systematic explanation ofmegaera and microcosm. A sign of hope is that interest in studying nature and the desire to participate in cultural life has never been greater than today. We do not need any "post-humanity". Man, as he is today, with all his problems, joys and sorrows, is able to understand this and to keep himself in the next generations. The challenge is to find a narrow path between globalization and preservation of cultural pluralism, between violence and political solutions, between the culture of war and the culture of reason. 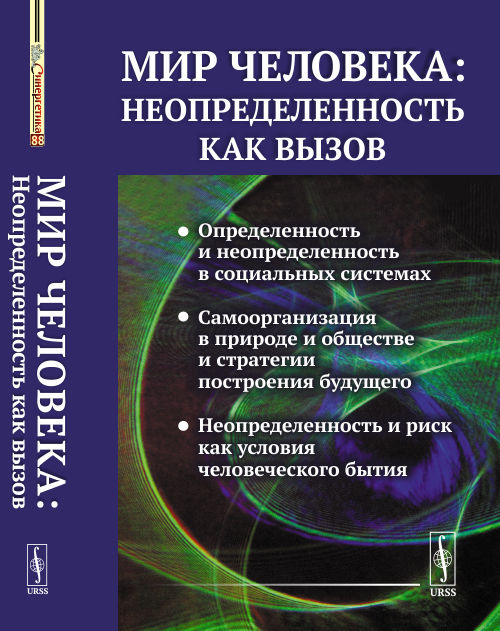 Ideas of the creation of the new human being (новый человек) in Russian history and culture from the 10th century until the homo sovieticus.

School of Autocracy: Pensions and Labour Reforms of the First Putin Administration
Grigoriev I., Dekalchuk A. A. Political Science. PS. Издательский дом НИУ ВШЭ, 2015. No. WP BRP 24/PS/2015.
The early 2000s marked a surge in uncertainty in Russian politics caused by the succession crisis and the profound political turnover it triggered. This uncertainty could resolve in a number of ways, each leading to a different political development. We trace the actual way out of this uncertainty and suggest that the major factor to condition the further regime trajectory was the way reforms were conducted. The article questions the teleological approach that sees government as knowingly and purposefully building autocracy, and contributes to the tradition emphasizing the plurality of possible regime developments (Golosov 2011) and the role of contingency therein (Hale 2004) by providing a more systematic treatment of such contingency. We use insights from basic coordination game theory and cognitive institutionalism to show how local reform practices become accepted as a trusted way of interaction by political actors and stick with the regime in a path dependent manner. This intuition is substantiated with a casestudy of pensions and labour reforms. Course of these reforms determined the major features of the Putin regime, such as building up a single party of power, crowding out the political market, opposition decay, and informal institutionalisation.
König und Kanzlist, Kaiser und Papst. Friedrich III. und Enea Silvio Piccolomini in Wiener Neustadt/Hrsg. von Franz Fuchs, Paul-Joachim Heinig und Martin Wagendorfer
Edited by: F. Fuchs, P. Heinig, M. Wagendorfer. Wien: Böhlau Verlag, 2013.

Ambiguity, Efficieny and Bank Bailouts
Vinogradov D. AWI Discussion Paper Series. DP600. Heidelberg University, 2007. No. 442.
The paper examines the effects of ambiguity in regulation on the equilibrium  allocation. Under ambiguous bailout policy, agents’ suffer from a lack of information with regards to the insolvency resolution method, which would be chosen by the regulator if a financial institution fails. In this case, beliefs of bankers regarding whether an insolvent bank is liquidated, may differ from those of depositors. The beliefs may be asymmetric even if bankers and depositors possess absolutely symmetric information about the policy of the regulator. It is shown that such asymmetry in beliefs can generate an allocative inefficiency of the bank based economy.
Динамические модели управления цепями поставок в условиях неопределённости
Таныгин А. В. РИСК: Ресурсы, информация, снабжение, конкуренция. 2012. № 1. С. 88-93.