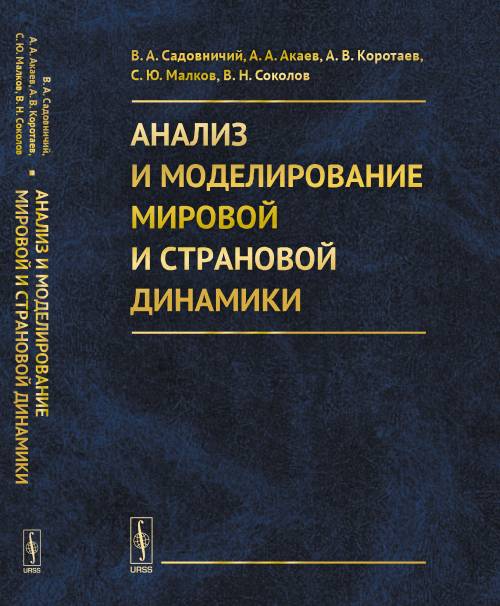 Deconstructing the BRICs: Structural Transformation and Aggregate Productivity Growth
de Vries G. J., Erumban A. A., Timmer M. P. et al. Economics. EC. Высшая школа экономики, 2011. No. 04.
This paper studies structural transformation and its implications for productivity growth in the BRIC countries based on a new database that provides trends in value added and employment at a detailed 35-sector level. We find that for China, India and Russia reallocation of labour across sectors is contributing to aggregate productivity growth, whereas in Brazil it is not. However, this result is overturned when a distinction is made between formal and informal activities. Increasing formalization of the Brazilian economy since 2000 appears to be growth-enhancing, while in India the increase in informality after the reforms is growth-reducing.
Развитие человеческого капитала - новая социальная политика: сборник научных статей
Edited by: В. Мау, Т. Клячко М.: Издательский дом «Дело» РАНХиГС, 2013.
Toward an ecological perspective of interethnic ideologies: Moderation effects of ethnic density on relationships between interethnic ideologies and intergroup bias
Grigoryev D., Jurcik T., Batkhina A. et al. Russian Psychological Journal. 2018. Vol. 15. No. 2/1. P. 117-130.

Alisa Prudnikova and Larisa Petrova, eds. Chto-to novoe i neobychnoe: Auditoriia sovremennogo iskusstva v krupnykh gorodakh Rossii. Yekaterinburg: Yekaterinburgskaia akademiia sovremennogo iskusstva, 2018
Папушина Ю. О. Laboratorium. Журнал социальных исследований. 2019. Т. 11. № 1. С. 206-209.
Жизнь без труда или труд во спасение?
Сидорина Т. Ю. СПб.: Алетейя, 2018.
Sleep-related thalamocortical spindles and delta oscillations are reduced during a ketamine-induced psychosis-relevant transition state
Mahdavi A., Qin Y., Aubry A. et al. BioRxiv. New Results. Cold Spring Harbor Laboratory, 2019
Schizophrenia is a chronic debilitating disease. Sleep disturbances associated with a reduction in spindles are observed as warning signs prior to the first psychotic episode. Every spindle is a short-lasting (~0.5 s) set of bioelectric sinusoidal waves at the frequency of 10-16 Hz generated within the thalamus. Sleep spindles, easily identifiable in a scalp electroencephalogram, occur hundreds of times during sleep and are implicated in cognition like memory processes. For this reason, spindles are seen as an electrobiomarker of the quality of sleep and cognitive performance. In patients at high risk of psychotic transition, the density (number/time unit) of spindles is reduced. The underlying mechanisms of this change are unknown. Glutamate-mediated neurotransmission in the thalamus plays a key role in the generation of spindles and the etiology of schizophrenia. Therefore, we tested the hypothesis that a reduced function of glutamate receptors at the thalamic level is involved in the psychosis-related reduction in spindles. Using cell-to-network neurophysiological methods in sleeping rats, we demonstrate that systemic administration of the NMDA glutamate receptor antagonist, ketamine, significantly decreases spindle density. This effect is consistently prevented by the widely used antipsychotic drug, clozapine. These original findings support the hypothesis of the involvement of a reduced function of NMDA glutamate receptors in the sleep spindle deficit observed in psychosis-related disorders. The present findings lay the foundation for the development of innovative therapies aimed at preventing psychotic, bipolar, and depressive disorders.
Channels of dialogue between international businesses and national governments : The implications for domestic reforms and international relations in the case of Russia
Yakovlev A. A., Freinkman L., Ershova N. V. Policy Brief. 5/2018. Bank of Finland Institute for Economies in Transition. BOFIT, 2018. No. 5.
We explore the role and organizing capacity of foreign business associations (FBAs) in the Russian context. Considering the potential role of FBAs as effective intermediaries during time of aggravated international relations, the paper examines the problems and mechanisms of foreign firms’ interaction with key national partners in their host countries and describes the conditions that lead to effective dialogue between FBAs and national governments. The main phases and factors of evolution are identified for Russia’s two main channels of foreign firms’ collective actions: The Foreign Investment Advisory Council, which is chaired by Russia’s prime minister, and FBAs. A comparative analysis of the efficiencies of each channel finds that political, rather than economic or institutional, factors play the dominant role in explaining the shifting efficiency of collective action of foreign firms over time.
Internet of Things, Smart Spaces, and Next Generation Networks and Systems, 17th International Conference, NEW2AN 2017, 10th Conference, ruSMART 2017, Third Workshop NsCC 2017, St. Petersburg, Russia, August 28–30, 2017, Proceedings
Edited by: O. Galinina, S. Andreev, S. Balandin. Vol. 10531: Computer Communication Networks and Telecommunications. Springer, 2017.

This book constitutes the joint refereed proceedings of the 17th International Conference on Next Generation Wired/Wireless Advanced Networks and Systems, NEW2AN 2017, the 10th Conference on Internet of Things and Smart Spaces, ruSMART 2017. The 71 revised full papers presented were carefully reviewed and selected from 202 submissions. The papers of NEW2AN focus on advanced wireless networking and applications; lower-layer communication enablers; novel and innovative approaches to performance and efficiency analysis of ad-hoc and machine-type systems; employed game-theoretical formulations, Markov chain models, and advanced queuing theory; grapheme and other emerging material, photonics and optics; generation and processing of signals; and business aspects. The ruSMART papers deal with fully-customized applications and services. The NsCC Workshop papers capture the current state-of-the-art in the field of molecular and nanoscale communications such as information, communication and network theoretical analysis of molecular and nanonetwork, mobility in molecular and nanonetworks; novel and practical communication protocols; routing schemes and architectures; design/engineering/evaluation of molecular and nonoscale communication systems; potential applications and interconnections to the Internet (e.g. the Internet of Nano Things).

The Concepts of Fundamental Laws and Constitution in the 18th Century Russia
Polskoy S. SSRN Working Paper Series. SSRN Working Paper Series. Social Science Research Network, 2018. No. No. WP BRP 169/HUM/2018.
In this article, we attempt to trace the semantic changes two key concepts of the Modern period - fundamental law and constitution underwent at the 18th century and investigates how these European concepts were adapted and used in the Russian political language. The concept of the constitution and fundamental laws in eighteenth-century political discourse had differing connotations: while the constitution was used mainly to describe the form of government, the concept of fundamental laws referred to historically developing legal traditions which have been adopted as norms of political law. The most radical vision of constitution in the 18th century went further than identify it with the fundamental law, demanding that the latter should enshrine the principles of civil rights and liberties of the Nation, and the legal guarantees thereof. However, this radical view, arising at the end of the century, was far from universal, and the discussion around various understandings of this concept was still to continue for many years.
«Seeing Like a State?» Innovative approaches to the history of education in Russia presented at the International conference at the Indiana University Europe Gateway at CIEE Global Institute
Caroli D., Saburova T., Eklof B. History of Education and Children's Literature. 2018. Vol. XIII. No. 1. P. 685-701.