Conference proceedings of the Xth International scientific and practical conference "Modem Management: Problems and Prospects" on 26-27 March 2015 are devoted to actual problems of theory and practice of the modem management. Conference proceedings include the methodological aspects of the organizations functioning in the modem information society, as well as the examples of successful business in Russia, CIS and non-CIS countries. Authors from various countries summarized the experience and offer it for discussion of wide scientific community. Edition is intended for lecturers, graduate students, master's student, heads of organizations, experts in the field of management of the organization. 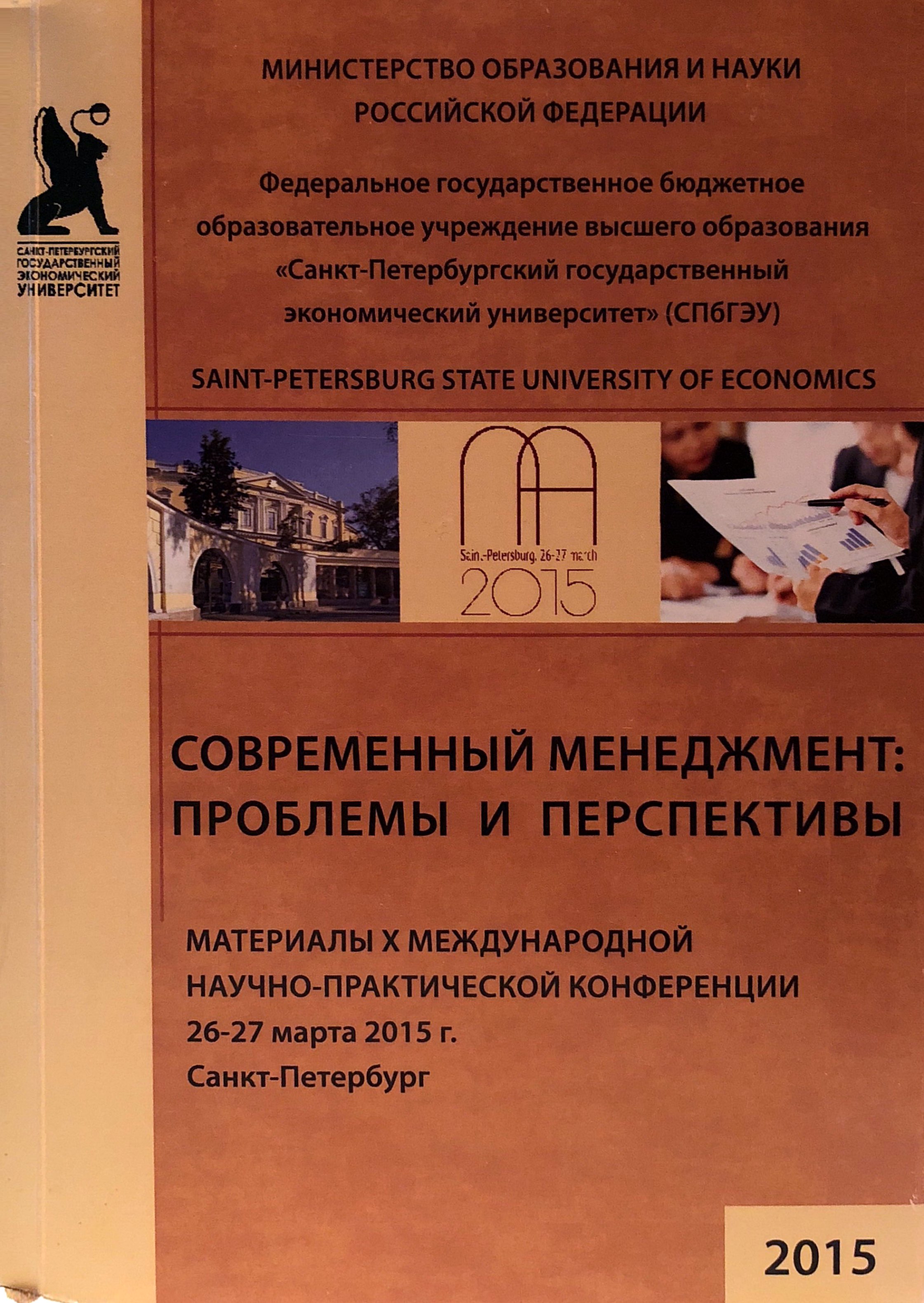 Экономика и управление: вопросы оптимизации: Материалы международной научно-практической конференции, г. Волгоград, 17-18 мая 2010 г.
Ч. 2. Волгоград: Волгоградское научное издательство, 2010.
Институт минимальной заработной платы в странах ОЭСР
Вишневская Н. Т. Проблемы рынка труда. WP3. Высшая школа экономики, 2005. № 03.
The paper examines the institute of minimum wage in developed and transition economies and in a number of the developing countries. First of all the institutional mechanism of minimum wage fixing is considered. One of the sections explores the dynamics of absolute and relative levels of minimum wage. The special attention is paid to the impact of the institute of minimum wage on the labour market. The author considers the mechanism of transmission of the minimum wage increases on the employment and unemployment dynamics. The paper also contains the result of the empirical research. The experience of many countries witnesses that large increases in minimum wage levels lead to the stagnation of the employ-ment, especially of the disadvantaged groups. The negative effect is larger for the companies with higher share of labour costs and more active use of unqualified labour, that is small businesses and agricultural enterprises. One of the main conclusions is that the minimum wage is not an effective tool of the poverty reduction as the majority of the recipients live in households of average and upper average income.
The continuity of university history: a case-study of portuguese studium generale (1288–1377)
Rusanov A. V. Humanities. HUM. Basic Research Programme, 2013. No. WP BRP 38/HUM/2013.
The paper reviews the problem of caesuras and continuity of Portuguese University’s history. A study of the University papers showed gaps in its institutional history caused by several relocations from Coimbra to Lisbon. Sometimes such caesuras raise doubts in the continuity of the University’s history and suggest the existence of different studia generalia that alternated with each other for the period under study. However, contemporary historians and members of the university community view the different universities as parts of one and the same university. Our case-study demonstrates that this view is based on the documents concerning economic privileges granted to the University by the country’s rulers and the Roman popes. If recognized as a new university, the studium generale would have lost its former privileges. Thus, the logic of collective memory of Portuguese University was based on the image of its historical continuity
Численность и состав российской бюрократии: между советской номенклатурой и госслужбой гражданского общества
Гимпельсон В. Е. Проблемы рынка труда. WP3. Высшая школа экономики, 2002. № 05.
Барбер М. Приказано добиться результата. Как была обеспечена реализация реформ в сфере государственных услуг Великобритании / пер. с англ. под науч. ред. Я.И. Кузьминова, А.В. Клименко. М.: НИУ ВШЭ, 2011. 394 с. (рецензия)
Жулин А. Б., Кнутов А. В., Синятуллина Л. Х. Вопросы государственного и муниципального управления. 2012. № 1. С. 185-190.
Формирование и развитие инновационной экономики: материалы международной научно-практической конференции
Edited by: Г. В. Жданкин, Л. Н. Ирхина, А. Чиликов Н. Новгород: Нижегородская государственная сельскохозяйственная академия, 2010.
Социально-экономические преобразования и проблемы
Edited by: З. М. Саралиева, А. А. Иудин Вып. 1. Н. Новгород: Издательство НИСОЦ, 2011.
The impact of state-controlled banks on the Russian banking sector
Vernikov A. V. Eurasian Geography and Economics. 2012. Vol. 53. No. 2. P. 250-266.