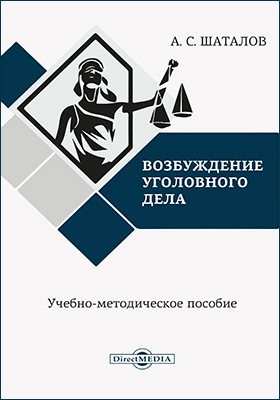 Even though Russia’s new Code of Criminal Procedure of 2001 had from the very beginning contained the article titled ‘Preclusive Effects,’ it was not until a decision by the Constitutional Court of 2008 that the doctrine of issue preclusion was, in its proper sense, reinstated in Russian criminal law, barring facts definitively established in a civil trial from relitigation in criminal proceedings. Despite heavy criticism that came down on the Constitutional Court for what was seen by law enforcement agents as unwarranted judicial activism, the Russian Parliament soon amended the article in line with the interpretation offered by the Court. This, however, did not end the controversy as critics raised a valid point: an automatic transfer of facts from civil proceedings with a priori more lenient requirements of proof is likely to distort outcomes, harming defendants, the prosecution, and, ultimately, societal interests. This article will turn for apotential solution to common law, which has been able to avoid this problem by clearly distinguishing between different standards of proof applicable in civil v. criminal litigations. It will be shown, using the United States as an example, how courts can effectively use issue preclusion to pursue a number of legitimate objectives, such as consistency of judgments and judicial economy, with due account for the interests of parties in proceedings. At the same time, issue preclusion appears an inappropriate and ineffective means to combat arbitrariness of the judiciary – the end which Russia’s Constitutional Court and law makers arguably had in mind when introducing the doctrine into Russian law.

As one of the main directions of the fight against crime at the present stage of social development, the author positions the need to combat crimes committed using computer and network capabilities. He considers the fight against them to be an international problem, since measures to prevent, detect, uncover and investigate such crimes can not be effective only at the national level, because of the transnational and transcoder nature of the Internet. Taking into account the continuous increase in the number of its users, which naturally causes their dependence on the information community and the vulnerability of all kinds of cyber attacks, a scientific analysis of the current state of detection and investigation of crimes of this kind is made and recommendations are formulated to improve the effectiveness of this activity.

The collection of articles “Actual problems of preliminary investigation and inquiry in modern conditions of development of criminal procedure legislation” was prepared by a team of authors following an interdepartmental scientific-practical conference “My profession is an investigator” dedicated to the 55th anniversary of the preliminary investigation service in the system of internal affairs Moscow University named after V.Ya. Kikoty April 19, 2018

the Article is sanctified to research of criminal judicial and attended with them criminally-executive problems existence of that is caused by the lacks of the normative adjusting of judicial activity on the transmission of convict, for leaving of punishment for the state of their citizenship. On a background consideration of corresponding judicial procedures and generalization of points of view of scientists on essence and legal nature of this activity,  authors establish existence of row of theoretical, legal defects; offer the own decision of concept "Transmission of convict"; formulate her fundamental differences from delivery of convict.

The collection of scientific papers contains materials of the All-Russian Scientific and Practical Conference "Development Trends of the Modern Criminal Procedure Law of the Russian Federation" held in the Moscow Regional Branch of the Moscow University of the Ministry of the Interior of the Russian Federation named after V.Ya. Kikoty March 22, 2018.

Результаты исследований в сфере уголовно-процессуального права как фактор развития научной, педагогической и законотворческой деятельности
Шаталов А. С. В кн.: Правовые проблемы укрепления российской государственности. Вып. 71/1. Томск: Национальный исследовательский Томский государственный университет, 2016. С. 120-129.
Тенденции развития государства, права и политики в России и мире: Материалы Третьей международной научно-практической конференции
Edited by: В. Быченков Калуга: КФ РПА Минюста России, 2010.
Abelian automorphism groups of cubic fourfolds
Mayanskiy E. arxiv.org. math. Cornell University, 2013. No. 5150.
We list all finite abelian groups which act effectively on smooth cubic fourfolds.
Использование временных характеристик в преподавании курса "Юридическая техника"
Тенилова Т. Л. Юридическая техника. 2009. № 3. С. 309-316.
Некоторые проблемы Конституции Российской Федерации
Лукьянова Е. А. Конституционное и муниципальное право. 2007. № 15. С. 4-9.
Особенности правового статуса Контрольно-счетной палаты Санкт-Петербурга
Янкевич С. В. Право и экономика. 2013. № 7. С. 55-62.
Пятые Всероссийские Державинские чтения (Москва, 15 декабря 2009 года). В 7 книгах
Edited by: М. М. Рассолов Кн. 1: Проблемы теории и истории государства и права. М.: РПА Минюста России, 2010.
Russian Competition law in light of the principles of ex post and ex ante
Totyev K. Y. Law. LAW. Высшая школа экономики, 2014
This article is devoted to the legitimation and application of the standards of ex post and ex ante by courts and the executive authorities in the sphere of competition regulation. The postulates of ex post and ex ante are considered as legal principles. The principle of ex post is intended solely for judicial and administrative application; it has a deontological framework; it assumes that the legality of the activity of economic entities is assessed only on the basis of positive legal criteria in terms of the subjective rights violated; it is limited to a particular case. The traditional approach to the principle of ex post limits the scope of its application on the subjects and excessively expands its objects. The postulate of ex ante has a utilitarian basis which assumes the assessment of the application of relevant rules in the future. One of the main aims of the article is to refute the common view of lawyers and economists that a legislator applies principle of ex ante not being bound by principle of ex post, while it is the other way around for the courts and the executive authorities. The principle of ex ante may be applied not only in the process of the creation of new rules but also at the application stage for existing rules on economic competition. This is justified because the arguments of the courts and the executive authorities about a refusal to take into account the consequences of a decision in a particular case are not convincing.
Актуальные проблемы гуманитарных и социальных исследований. Материалы X Региональной научной конференции молодых ученых Сибири в области гуманитарных и социальных наук
Edited by: А. М. Аблажей, Н. В. Головко Новосибирск: Новосибирский государственный университет, 2012.
Право на контрдемонстрации: угроза или индикатор уровня демократии?
Храмова Т. М. Конституционное и муниципальное право. 2012. № 7. С. 10-16.