This is the first fundamental textbook on the problems of regulation of employment of athletes, coaches and other employees of the sports industry. In 12 thematic chapters are summarized and commented on the current legislation and regulatory norms, is identified spheres of improvement. The experience of foreign legal regulation of labor in the sport, as well as the practice of application of regulations in this area. 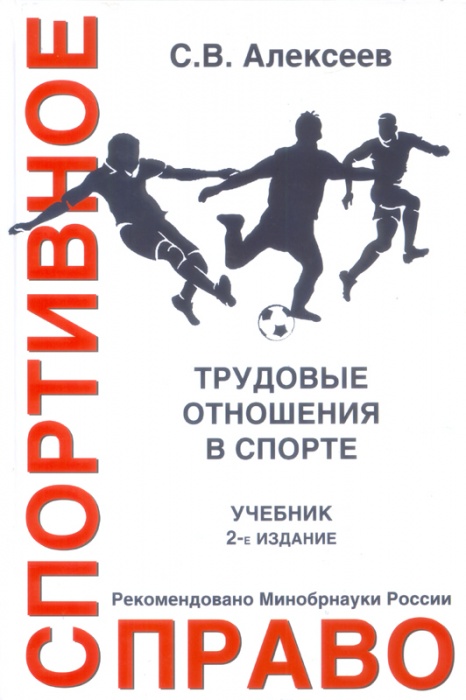 Similar publications
Growth Effects of Sports Franchises, Stadiums, and Arenas: 15 Years Later
Coates D. C. Mercatus Working Paper. Mercatus Working Paper. George Mason University, 2015
A 1999 study by Dennis Coates and Brad R. Humphreys found the presence of major sports franchises to have no significant impact on the growth rate of per capita personal income and to be negatively correlated with the level of per capita personal income for a sample of all cities that had been home to at least one franchise in any of three professional sports—baseball, basketball, and football—at some time between 1969 and 1994. This paper returns to the questions Coates and Humphreys asked using an additional 17 years of data and a number of new stadiums, arenas, and franchises. The data cover 1969–2011 and add hockey and soccer franchises to the mix while also including all standard metropolitan statistical areas rather than just those that housed franchises in the major professional leagues. The analysis also adds two new dependent variables: wage and salary disbursements and wages per job. The results here are generally similar to those of Coates and Humphreys; the array of sports variables, including presence of franchises, arrival and departure of clubs in a metropolitan area, and stadium and arena construction, is statistically significant. However, individual coefficients frequently indicate harmful effects of sports on per capita income, wage and salary disbursements, and wages per job.
Спортинг: спорт, досуг и стили потребления в современной России
Гурова О. Ю., Харченко Ю. В. Экономическая социология. 2010. Т. 11. № 2. С. 73-90.

The article is devoted to studying styles of consumption in the field of leisure, focusing on sporting clays which became popular among the Russian elite in the second half of 1990s. The study demonstrates that today people with medium and low income are also engaged in sporting clays. The question arises as to whether sporting clays stimulates social differentiation or social integration. The empirical data collected from participants of a sporting clays club describe the institutionalization process of sporting clays in modern Russia, show social and economic qualities of shooters, and present a typology of people engaged in this kind of shooting.

The Legitimacy of the Bolshevik Order, 1917-1918: Language Usage in Revolutionary Russian Law
Borisova T. Y. Law. LAW. Высшая школа экономики, 2012. No. 05.
The article describes and analyzes the legislative politics of revolutionary regimes in Russia in 1917-1918. The author aims to demonstrate the political meaning of the form of early Soviet legislation and its legitimizing effect. The revolutionary legislators often used specific language in the new laws as a vehicle of legitimacy, i.e. to make the people comply. The two main types of legal language used by the Bolsheviks can be interpreted from the perspective of different types of legitimacy. The revolutionary strategy used propagandistic legislation, written in the language of lay people, which urged them to act according to the new law. It can be seen as a request for acts of the people to legitimize the soviets. On the contrary, the traditional strategy employed old bureaucratic means of writing and distributing legislation to the local soviets. The language used by this strategy was closed to the understanding of a lay audience and implied traditions of obeying the law written in familiar legal language, which in turn implied rational/legal legitimacy. The second strategy had already become dominant after the first months of the Bolshevik revolution. This observation demonstrates that from the very beginning of their rule, Soviet leaders approached legislative policy from a technocratic point of view, which determined the further development of Soviet legal theory and practice.
Металлурги на машиностроительном заводе: очерк профессиональной субкультуры
Абрамов Р. Н. В кн.: Антропология профессий: границы занятости в эпоху нестабильности. М.: Вариант, 2012. С. 153-174.

The book based on the study of archival materials, statutes and other sources the problem of the formation of customs and regulatory relations, as well as the functioning of the customs bodies of Russia. The work is addressed to specialists in the field of customs, the history of state and law, university students, and everyone interested in the problems of legal regulation of relations in the Russian customs.

In the aspect of the Russian Federation preparation for the holding of the global sports competitions, not only practical questions become urgent, but also a theoretical analysis of the legal regulation of sports relations problems does. This article touches on the basic methodological approaches to the category «mechanism of legal regulation» in the context of relations arising in sports sphere.