Global Warming: Russia Comes in from the Cold

This report examines the changes happening in Russia ever since the issue of global warming was introduced on the global agenda. Only today, after the planet has experienced a variety of catastrophic natural disasters, have world leaders and decision makers grown more aware of the urgency of the problem. In Russia, where climate changes have been more significant than globally on average, the government has increased its objectives in reducing greenhouse gas emissions and put forward a number of initiatives and green policy measures to achieve more sustainability in the long term. Russia’s target for greenhouse gas emissions in 2030 is set at 70-75 percent of the base level of 1990, according to the new action plan adopted by the Kremlin. Other states also recognize the problem but their positions differ in the way the issue should be solved. India, China, the U.S. and Brazil, all of which are important players analyzed in the report, find it hard to reach common ground in reaching a globally binding agreement. Whether this will be done ultimately depends on the outcome of the Paris climate change conference. The report also considers the state of the Russian climate change movement from the experience of NGO activities in Russia, provides an overview of the development of the Russian green energy sector with specific success stories and analyzes the prospects of renewable energy development in different regions of the country. 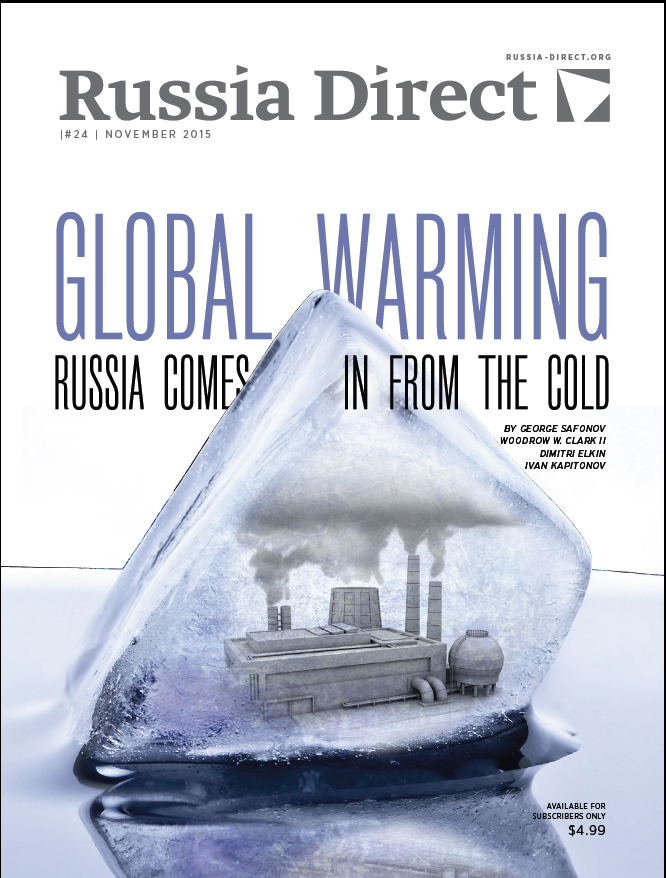