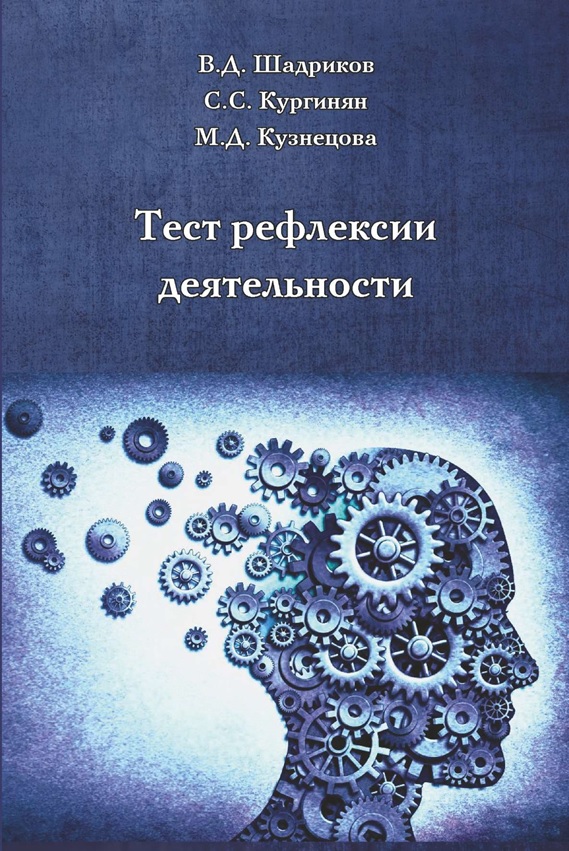 Similar publications
Models Of The Dialogical Achievement Of The I’s Self-Identity
Starovoytenko E. B. Psychology. PSY. Высшая школа экономики, 2020. No. WP BRP 117/PSY/2020.
This paper presents a study in the format of general personology that involves an interpretation of ideas about personality explicated from cultural sources, in psychological concepts, methods of individual self-cognition and empirical approaches. A continuum of personological methods was applied that follows the selected format, including the hermeneutic method, the theoretical modeling method, and the method of constructing reflexive practices. The author puts forward the idea of the I-Other inner dialogue as an essential intrapersonal condition for the development of the I’s self-identity. In the concept of self-identity, its “achievement” is emphasized as the way in which the I’s tendency to maintain “self” meets the I’s challenges to “part with self” and to gain self-identity on a new level. The specifics of the original approach consisted in identifying mutually necessary oppositions that determine the paradoxes of self-identity that are “removed” when it is achieved. These oppositions include: I and the Other, the Real Other and the Inner Other, the I’s self-sufficiency and the need for dialogs with others, the attitude to self and the attitude to the Other, self-identity anddisdentification of the I with itself, the Other’s reflection and “viewpoint”, and the I for itself and the I for the Other. The “idea of the opposition” was applied to propose a structure for a developing dialogue focused on the multidimensional reflective disclosure of the I in relation to the Other from the position of the I-myself and from the position of the Inner Other. It is substantiated that such a dialogue (fulfilled by a person) can enrich and strengthen the self- identity of the I through the problematization and synthesis of I-representations obtained from these standpoints. The author’s idea was developed in the form of a continuum “hermeneutic model – theoretical model – reflexive model” that can be used in research and implementation of opportunities for the I’s self-identity achievement in the inner dialogue.
Роль рефлексии в саморазвитии профессионального менталитета молодежи
Семенов И. Н., Водопьянов Д. А., Аткишкина Е. В. Акмеология. 2012. № 2. С. 144-145.
Рефлексивные процессы и управление. Сборник материалов XI Международного симпозиума 16-17 октября 2017 г., Москва
Edited by: В. Е. Лепский М.: Когито-центр, 2017.
«Spandrels…» Гулда и Левонтина и критика адаптационизма
Кузин И. А. Вестник Московского университета. Серия 7: Философия. 2015. № 3. С. 3-18.

The commented famous work by S.J. Gould and R.C. Lewontin is crucial not only to sociobiology critique but to polemics on evolutionary theory in general. Reflection provoked by Gould and Lewontin’s paper in the field of philosophy of biology enables to clarify the relation between the adaptationist program and biological reductionism.

The “Conversation Partner” Phenomenon in the Dialogical I-Other Relationship
Starovoytenko E. B., Derbeneva A. Psychology. PSY. Высшая школа экономики, 2016. No. WP BRP 69/PSY/2016 .
This paper develops a new approach to study one’s relationships with others, focusing on the conditions and the effects of the dialogical nature of a person. Theoretical modelling, hermeneutics, qualitative and quantitative methods are applied. A solution for detecting the conditions of self-development and social positioning of a person, which are rooted in dialogical I-Other relationships, is suggested. The originality of the paper is found in describing the relation to the other as the I-Other relationship; in the elaborated model that highlights how different dimensions of I-Other relationships (between I and Other, I-in-Other, Other-in-I, I-in-Myself) leads to truly a dialogical mode of being; in revealing the potentials of the Conversation Partner in dialogical I-Other relationships (subjective interrelations and the significance of Conversation Partners, their activity, the fullness of the reflection of significant Conversation Partners); in the description of different “hypostases” of Conversation Partners (real, ideal, imagined, secret, I as Myself) by means of hermeneutics; in the “My Conversation Partner” method; and in the empirical study of existential and social resources of Conversation Partners. The theoretical background of the study is formed by the works of M. Bakhtin, M. Buber, M. Heidegger, J.-P. Sartre, E. Levinas, and by the works of modern psychologists such as G. M. Kuchinsky, A. V. Rossohin, E. B. Starovoytenko, C. T. Brown, P.W.Keller, H. Hermans, F. Rivetti Ваrbo. The results show the potentials of social adaptivity, affiliation, dominating, positive solitude, joy of solitude, freedom, self-transcendence, existential fulfilment are associated with the richness of one's Conversation Partners. A real Conversation Partner is associated with a greater affiliation resource, a secret one with a greater solitude resource, an ideal one with a higher potential to constructively dominate the interaction.
Онтологический аргумент в диалектической традиции западной философии
Сорвин К. В. Усть-Каменогорск: Казахстанско-Американский свободный университет, 2016.

The reflection diagnostic technique is based on long-term fundamental theoretical and methodological researches of Russian psychologists. A new approach to reflection diagnostics is focused on the study of reflexivity mechanisms within the structure of activity. The reflection is considered as the process of person’s consciousness of the means and ways of his/her activity, and of the causes of its successes or failures. By reflection it becomes possible to reproduce past experience, to get the experience and to turn it into the way to act in problem situation.

The assessment of the reflexivity mechanisms quality in activity processes enables to understand the activity as it is processing, to enhance its productivity, to minimize expenditure of time and efforts in life and professional task solving. The technic is based on ideas of subject-activity approach developed by such Russian psychologists as Rubinstein S.L., Abulkhanova K.A. and Brushlinsky V.A., and the psychological model of functional activity system developed by Shadrikov V.D. In keeping with this model the following indices of reflection have been identified:

The reflection diagnostic technique is a questionnaire that consists of 56 closed questions. The questions are structured according to sequentially solved tasks of activity. The in-depth analysis is implemented by series of open questions. The technic is oriented to adult from 16 to 65 years old.

The article is devoted to the 80th anniversary of the prominent psychologist and educator - V. V. Davydov, who (together with D. B. Elkonin) has developed psychological base and pedagogical practices of the developing education. The main focus of the elaborated program was the development of theoretical thinking and the formation of readiness to thought and the ability for conceptual thought among school children. The article is an attempt to apply conceptualizations developed by V.V. Davydov to the analysis of thinking as such.The greatest attention is given to reflection and intuition.