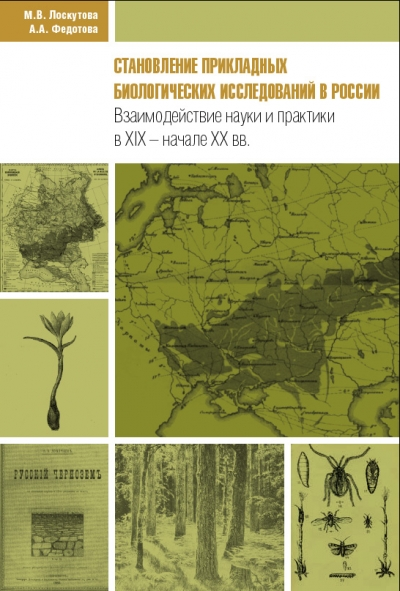 Document Preservation Policy in Russian Imperial Universities
Vishlenkova E. A. Humanities. HUM. Basic Research Programme, 2013. No. 29.
This article is a reconstruction of archival policies pursued by Russian universities in the nineteenth century and their effects. By comparing ‘old’ and ‘new’ archive inventories, archivists’ records and ministerial instructions, Elena Vishlenkova detects sets of documents that were destroyed in the ministerial and university archives. Furthermore, the author explains the logic of keeping certain types of documents and assigning them specific addresses within the archives. The study explains the contradictions that exist in the source evidence as well as in researchers’ conclusions, and presents hitherto unknown aspects of the university culture in the Russian Empire.
University Deloproizvodstvo (Paper Work) as a Cultural Practice and Institution in Russia in the First Half of the 19th Century
Vishlenkova E. A. Humanities. HUM. Basic Research Programme, 2012. No. 03.
The article analyzes documentation management as a cultural practice and institution through which university professors’ corporations in Russia in the first half of the nineteenth century lost their autonomy, acquiring instead a bureaucratic identity and ethics of state service. The study draws on official documents from university archives of Kazan, Moscow and Kharkov, and the archive of the Ministry of Education (St. Petersburg). It focuses on changes in the language of university record keeping, describing the self-identification matrices of professors as well as the growing role of quantitative and standardized information about university life they had to provide in their reports.
Между философией и историей науки: на пути к "гибкой" теории научной рациональности
Порус В. Н. В кн.: Имре Лакатос: Избранные произведения по философии и методологии науки. Академический проект, 2008. С. 9-21.
Instructions For Staff Officers Of The Special Corps Of Gendarmes In Russia (1826 – 1836)
Biktasheva A. N. Humanities. HUM. Basic Research Programme, 2014. No. WP BRP 45/HUM/2014.
This paper reconstructs the rationale and principles governing the work of the Special Corps of Gendarmes in the Russian Empire during the first decade of the reign of Nicholas I. An analysis of instructions given to police officers and of their feedback reveals an intention to create an efficient watchdog — an institution that would keep an eye on the population as well as control local administrative bodies. The article demonstrates the ways in which the police produced knowledge about the empire. This knowledge, along with the findings of institutional science, was to serve as a basis for a new concept of power and rational governance.
Empire Speaks Out: Languages of Rationalization and Self-Description in the Russian Empire
Semyonov A., Gerasimov I., Mogilner M. et al. Vol. 1. Boston; Leiden: Brill, 2009.

The article is devoted to historical continuity in the state governing. Issues of existing analogies in the process of forming of system and structure of executive bodies in Russia are considered. The special attention is given to a combination of branch and functional approaches to the organization of executive bodies at different historical stages. In the context of the presumption of "Ideally uniform government" questions of a parity of powers of monarch and ministers in the Russian empire and of the President and the ministries in the Russian Federation are mentioned.