by year
Subject
News
Children of Perestroika Turned out to Be Tougher than Children of the Sixties
Due to the COVID-19 pandemic, people around the world have faced an unprecedented crisis. The cataclysm has impacted Russia as well. Who will better deal the hardships—experienced baby boomers, Gen Xers who survived the 1990s, or Gen Yers who have had an easy life?
Everybody Ran and I Ran, Too
In lockdowns, why do some people stay home, while others violate the quarantine rules and go out for picnics in the park? Behavioural economics may provide the answer to this question. Oksana Zinchenko, a Research Fellow of the Institute of Cognitive Neuroscience, explains how we can predict people’s behaviour with game theory.
HSE Experts Study How the Russian Labour Market is Adapting to the COVID-19 Crisis
Due to timely price and time adjustments on the Russian labour market, the need for worker layoffs was much less than it could have been under other conditions. This is the finding of a study conducted by the Centre for Labour Market Studies and the Office for Expert Analysis at HSE University. At the same time, the study also shows that more than half of Russians surveyed reported that their earnings have decreased significantly.
Publications
Author:
Campus:
Any
Moscow
Saint Petersburg
Nizhny Novgorod
Perm
Sub-department:
Keywords:
Subject:
Priority areas:
▼
Language:
▼
russian  english
Year:
2021
1958
Add a filter
Of all publications in the section: 37
Sort:
by name
by year 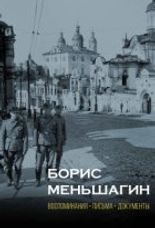 Recently, the name of Boris Georgievich Menshagin (1902-1984), an interesting person with a unique fate, is increasingly found in historiography. A successful Smolensk lawyer in the pre-war years, the burgomaster of Smolensk and Bobruisk during the summer German occupation, sentenced for this to 25 years in prison, the author of interesting historical testimonies left both during the investigation and in prison, and upon release. Written memoirs, audio interviews, and Menshagin’s letters form the core of the book and, together with a selection of unique documents, are a monument to the era and a true treasure for the historian, first of all, for the researcher of the German occupation regime in the USSR and Soviet collaboration.

The monograph examines theoretical views on objectives and methods of regional economic integration, identifies main events in the history and the principles of unification of the markets for goods, services and individuals, reveals the mechanisms of non-tariff barriers control and the instruments of technical standards harmonization. The author interprets logical judgments and decisions of the Court of Justice of the EU, aimed to preserve the market integration. The author comes to the conclusion that economic arguments predominate in the logic of the Court.

The book focused on conceptual issues of markets integration with the aim of further consideration in the practice of Eurasian integration. 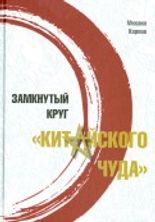 The offered new book tells the story of modern China. The phrase "Chinese miracle" - with an easy hand of some economists and journalists from China - on everyone's lips. In fact, China today appears to be something out of the ordinary: a record GDP growth and modernization of the market, while maintaining and even strengthening of the communist one-party state. How the Chinese managed – if at all - to merge socialism with capitalism? And for how long may this merger work - temporarily, for a long time or forever? In response to these and other questions, the author moves away from ideological clichés and  "Eastern exoticism". He is interested, above all, in real functioning of the mechanism of Chinese socio-economic system in the years of market reforms, and what may be the most likely outcome of the mechanism for the foreseeable future. The book is based on a large number of Chinese sources, as well as on the results of field research conducted by the author in China over the past five years. 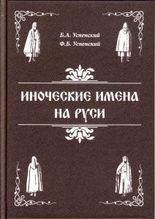 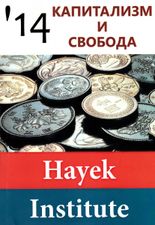 The volume is the third issue of a corpora-based grammar of Russian. The volume deals with the issues of parts of speech and, more generally, with formal classes of lexicon, It comprises descriptive papers of separate POS and lesser world classes.

The book contains several chapters on Russian grammar which were prepared within the project "Rusgram" (www.rusgram.ru). They represent a corpus-oriented approach to grammatical description.

The monograph offers a new version of the theory of reproduction, based on an unrecognized so far switching regime of reproduction. Switching mode is noteworthy in that it allows to find out the main routes on which cash flows circulate that serve the reproduction of fixed capital and the production of non-production goods. On the basis of these circuits, a mathematical model of the switching regime of reproduction was constructed. Successful testing of the model on the data of the US economy was conducted in 1947-2010. Currently, the model is used by the authors of the work as a tool that allows solving some actual tasks in the field of monetary policy of modern Russia. 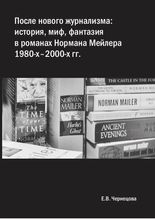 The book is devoted to one of the most prominent American writers, Norman Mailer who had a vivid imagination. He was one of those authors who visualized themselves as well as their works, and on the contrary novelized their country and reality. N. Mailer was a very public person. He revealed his publicity being a novelist, essayist, journalist, playwright, screenwriter, actor and even a film director. Besides one may find lots of his radio and TV interviews. This is one more aspect of his literary work, because his unique feature is a correlation between the art of writing and the media. America is Mailer’s beloved subject. More over his America is an Individual. It is a lifelike image created with all its complexities by means of speculating on real facts and people. In this sense there is another interesting trait of Mailer’s work: through the period analyzed in the book he coped with both fiction and non-fiction. In doing so the writer dramatized the best and the worst of American life by connecting the life of his characters to the life of the nation. And his characters are preeminently illustrious Americans, the symbols of this country. Chronological order of publications is replaced by aspects: history, mythology, imagination. This is the study of Mailer’s combination of fiction and non-fiction, fact and document, history and reality, visualization and novelization by studying his books: Harlot’s Ghost, Oswald’s Tale. An American Mystery, The Ancient Evenings, The Gospel According to the Son, Tough Guys Don’t Dance, The Castle in the Forest 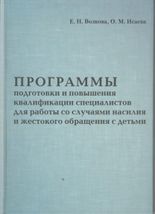