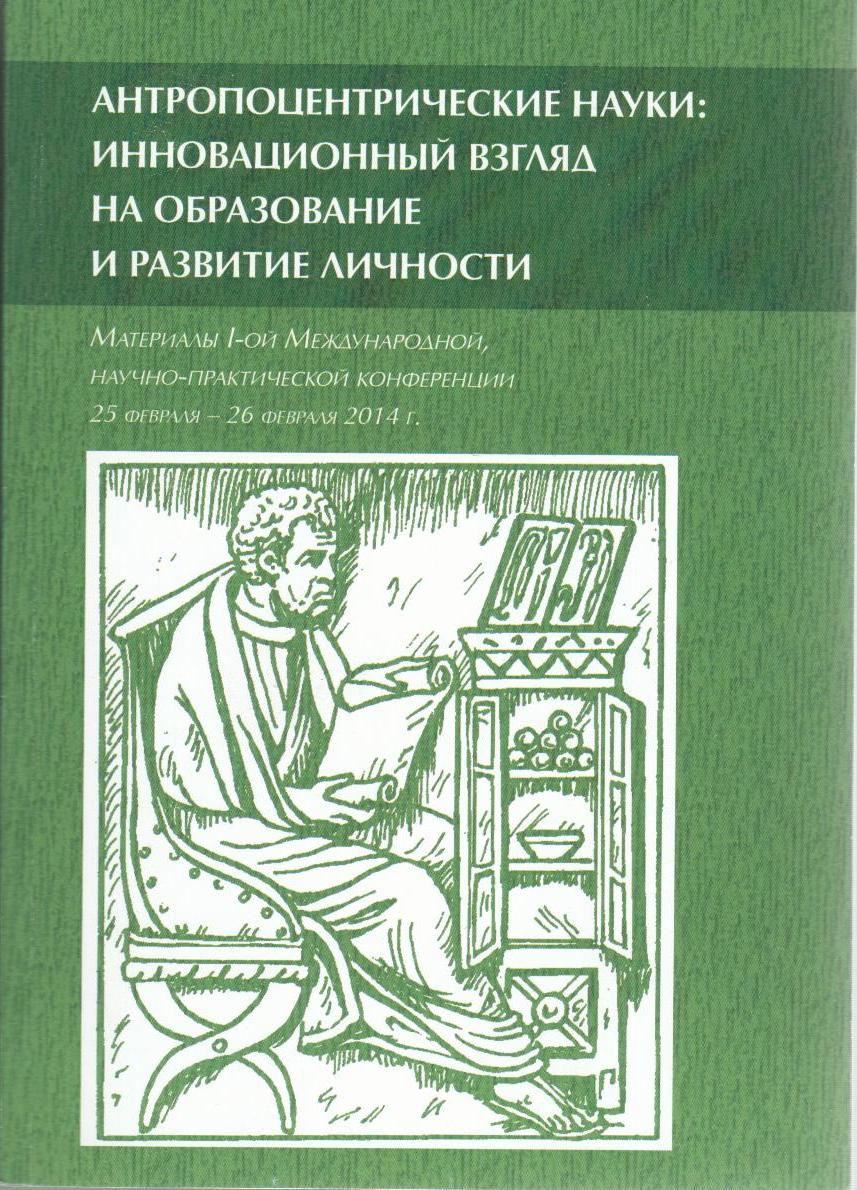 Opinions of professors and chairmen of chambers of appeals on the quality of teaching in universities' law schools in imperial Russia in the late 19th - early 20th century are discussed.

This paper presents a novel testing approach for model-based design tools, termed GraphOTK, and applies it to the optimizing component of a code generator for Simulink and Stateflow models.

The book contains the official proceedings of The Asian Conference on Psychology & the Behavioral Sciences 2013.

Combinatorial abilities are fundamental to experimental thinking. The aim of this work was to design didactic objects that will stimulate preschoolers’ experimental thinking and to study young children’s thinking in relation to these objects. Six heuristic rules for the design of didactic objects are specified, and the responses of 623 children aged between 3 and 7 to the didactic objects are described in this paper. The first two calculating devices required rods to be pressed simultaneously for successive windows to be lit up or made visible. A total of 30 five year olds played with these for 20 minutes, and were seen to perform a logical series of actions in order to understand the device’s function. Half of the children counted the presses and thereby understood the way the device functioned. The second device was designed to allow all possible combinations of four variables. Sixty children between the ages of 4 and 6 played with the device for 20 minutes. A total of 88% of the children found all possible combinations of the device, with no differences between age groups in the strategies used. The third device had a matrix of shutters opened by buttons arrayed along two edges. In the first mode, single buttons presses opened the nearest windows and button presses along both edges opened windows on coordinates determined by the two buttons. In the second mode, single button presses opened nothing and simultaneous button presses along two edges opened windows on coordinates determined by the two buttons. Ninety children between the ages of 5 and 10 played with the device in the second mode for 20 minutes. The children used scientific strategies to discover the device’s function in the following proportions: 20% at five years, 50% at six years and 93% at 10 years. Eighteen children between the ages of 4 and 6 played with the device in the second mode. They played in pairs, and each child was assigned a row of buttons, thus requiring co-operation to open the windows requiring two coordinated button presses. All the children were eventually successful in the joint experimentation. The fourth device had 16 windows and eight buttons, which lit up the windows when pressed in logical combinations. A total of 20 five-year-old children were trained on this device to use combinations of button presses to light up selected windows. These children were then allowed to explore the third device in second mode by themselves. The trained five year olds all used scientific strategies in their search for the third device’s combinations. The study showed that preschoolers can combine actions and discover hidden relationships, and that the didactic objects can be used to develop children’s thinking.