National Identity and the future of Russia

The Valdai Discussion Club presents its new paper, “National Identity and Russia’s Future,” based on the discussions at the club’s 10th anniversary conference in September 2013 and subsequent work of the expert groups.

The paper, written by the young scholars Anastasia Likhacheva and Igor Makarov of the National Research University – Higher School of Economics, attempts to answer the most fundamental of questions: Who are the Russians, and what does their future hold? Authors, who were overseen by Sergey Karaganov, Honorary President of the Council of Foreign and Defense Policy, lay out their views on Russia’s national identity in a way that transcends the traditional academic framework and leaves room for a free and wide-ranging discussion. 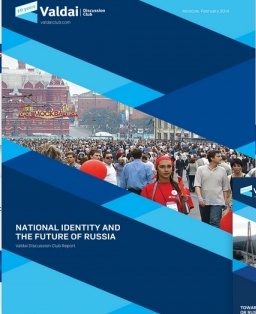