The International Conference founded by the prominent scientist Professor V.P.Sigorsky will be held on April 15-18, 2014 at National Technical University of Ukraine "Kyiv Polytechnic Institute". 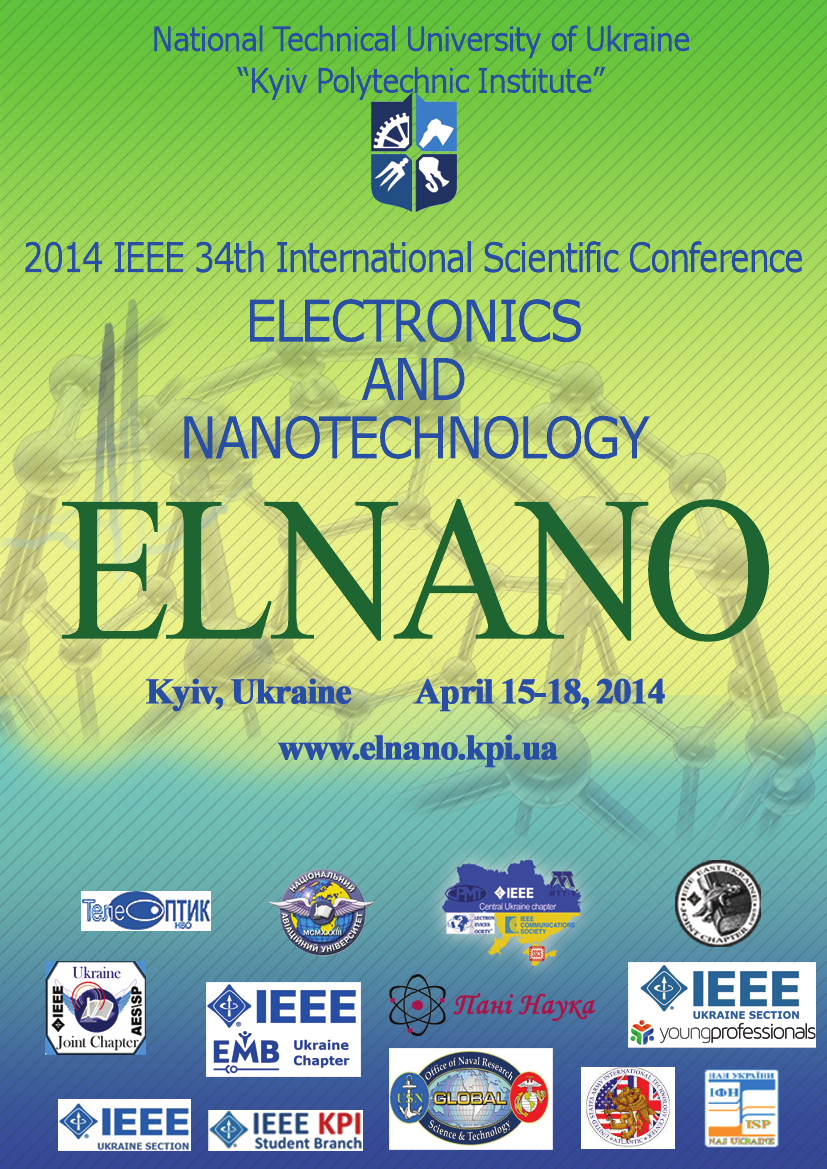 Nanotechnology Research and Innovation in Russia: A Bibliometric Analysis
Karaulova M., Shackleton O., Gök A. et al. Manchester Institute of Innovation Research papers. October 2014. Manchester Institute of Innovation Research, 2014
Available in SSRN: https://ssrn.com/abstract=2521012 This work was supported by the Economic and Social Research Council [grant number ES/J012785/1] as part of the project Emerging Technologies, Trajectories and Implications of Next Generation Innovation Systems Development in China and Russia.   The project addresses research, management and policy issues related to advanced technological development in driving the growth of Rising Powers, with a focus on nanotechnology in China and This working paper presents findings from analyses of Russian nanotechnology outputs in publications and patents focusing on developments over the period 1990 through to 2012. The investigation draws on bibliometric datasets of scientific journal publications and patents and on available secondary English-language and Russian sources.    The document provides both an overview and detailed analyses of nanotechnology research and innovation in Russia. The examination of publications highlights sectoral trends, leading authors and organizations, and acknowledgements to funding sources. The analysis of patents adds further evidence about patterns of invention and ownership of intellectual property emanating from research and development in Russian nanotechnology.   The analyses in this paper have been undertaken to provide an information base for further research on the current state and trajectory of nanotechnology in Russia and on the broader development of Russia’s innovation system. Comparisons with Chinese publication and patent outputs can be seen in a parallel report on Nanotechnology Research and Innovation in China (2014).
Применение тепловых трубок в нанотехнологическом оборудовании
Ивашов Е. Н., Федотов К. Д. В кн.: . С. 478-479.

Heat pipes application in nanotechnological equipment is considered on examples of probe movement manipulators. Approaches to improvements of manipulators for effective heat extraction from operating area are shown.

The project of laboratory practical works for studying of different electronic devices based on microcircuits of operational amplifiers was developed.

Practical need for application of heat pipes in nanotechnology and more specifically for nanodisplacement devices is shown. Examples of modifications of existent nanotechnological devices for improved heat extraction from operating area are brought. Formulas which describe processes in heat pipes are given, existing and perspective heat pipes design methods are shown.

Based on the above-described method of the electronic structures synthesis, an automated subsystem ASONIKA-V has been developed. This subsystem is designed to analyze the mechanical characteristics and synthesis of cabinets structures, racks and blocks electronics, mounted on vibration isolators, under the influence of harmonic vibration, random vibration, shock loads, linear acceleration, under the influence of acoustic noise, as well as complex mechanical influences and decision-making on the basis of the mechanical characteristics in order to ensure structures stability of electronic to mechanical stress.