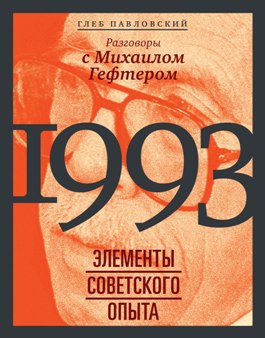 The article raises methodological problems of the study of modern Russian politics. With a number of foreign and Russian authors' publications, critically analyzed, as example, the author demonstrates «conceptual stretches» inherent in some approaches, that spring from different causes dwelling both within and without science. To aggravate inadequate usage of existing theoretical concepts as well as confusion of levels of abstraction, there are, else, normative bias in political-scientific analysis and logical contradictions in the construction of theories. The article contains certain recommendations aimed at a theoretically consistent, empirically demonstrative and value-neutral position to be formed, in the study of Russian politics in a theoretical and comparative perspective.

Written by an international team of experts working on Russian development scenarios since 2007, this cutting edge Pivot examines Russia's reaction to the Ukraine crisis, and argues that subsequent decisions made by the Russian government have dashed hopes for Russia's modernization. Russia scholars whose expertise ranges from politics and economics to demographics and foreign policy analyse the changes that have occurred in Russia and address key issues such as foreign policy, the nature of the political and administrative system, the economy, relations between the centre and the regions, the state of Russian society and ideological facets of Putin's regime. Harsh confrontation with the West, isolationism within the country, militarization and increased government control of the economy, public and private space, as well as a crackdown on any independently-minded civic forces are all factors that have been rapidly obliterating gains made in the quarter of a century after the collapse of the communist regime. Both relevant and timely, this Pivot makes a key contribution to the debate on Russia's development and traces emerging trends in various spheres of Russian life, from the economy and foreign policy, to society and ideology.

Article considered the Commissioner’s for Human Rights (Ombuds) activity in the democratic citizenship education sphere which is incorporated in its responsibilities and implementation of the social enlightening/prophylactic functions. Research questions are touching 1) the role of the institute in implementing state tasks in citizenship and political socialization; 2) analysis of the contemporary political situation factors influencing citizenship education and actors’ positioning in the field; 3) existing practices, methods of activity, adequate mechanisms and technologies for Ombud’s effectiveness. Empirical part developed on Ombuds’ materials from regions of Russia at the period between 2001 and 2011 years and case study of the Saint-Petersburg contemporary situation. Contextually found that there are problematic points of civic education as well as low usage of non- and informal social technologies of citizenship education, due to situation characterized by absence of interest within state institutions toward citizenship of the democratic sample, as well as contr-reformation stereotypic “patriotism” model promotion by state within the ideology of the «specific way of Russia».