Issue devoted to the analysis of applied morals at various levels, including professional training 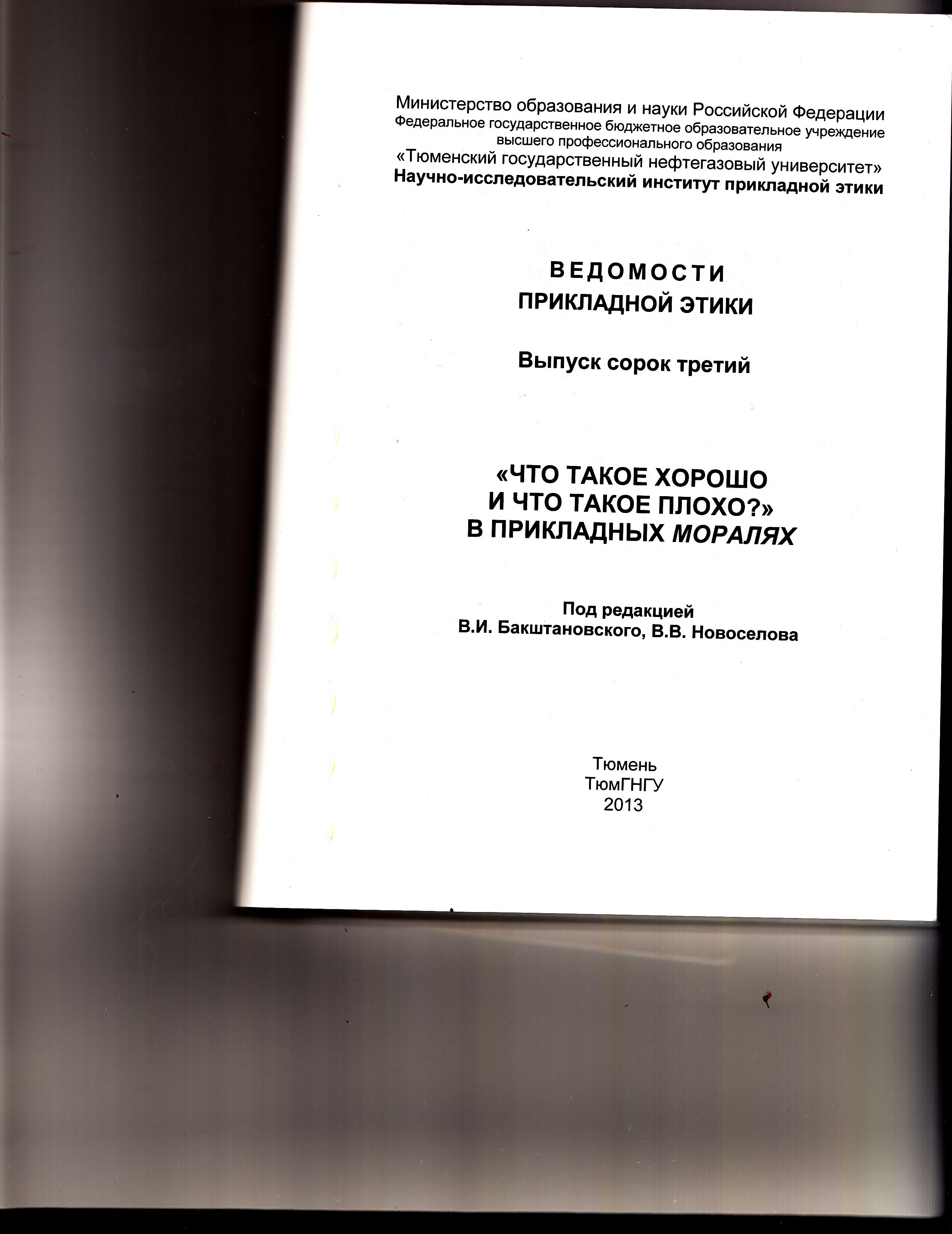 In this paper the authors describe how they have developed and introduced into the university curriculum the course “Smart City – information infrastructure and management”, aimed to study values and principles of decision-making and technologies of creating Smart City with strong support of leading IBM IT-solutions.

The Routledge Companion to the Professions and Professionalism
Edited by: M. Dent, I. Bourgeault, J. Denis . et al. Routledge, 2016.

Opening remarks of research advisor project of Russian humanitarian scientific fund no 14-33-01001 "habitus of faculty" and students socialization in university (the case of Lovachevsky state university of Nizhny Novgorod).

The paper analyzes the contents and objectives of ‘public social science’, the relationship between scholarly and popular knowledge, conventions governing the representation of scientific knowledge outside the academic context, and the transfer of scholarly knowledge from academic to media environment. Public science is treated as a specific type of judgment and practice, thus the analysis of ‘public science’ cover cognitive aspects as well as social ones.

The paper presents key findings from the analysis of the established as well as prospective areas for the Russian HEIs regional engagement. It highlights the impact made by the Siberian Federal University and South Federal University to the regional development. The paper discloses mechanisms of integration of the Russian HEIs to the regional life based on four areas of cooperation such as economic, social, political and technological areas. It also demonstrates innovative capabilities for regions and city regions from the multilateral cooperation between HEIs and other regional stakeholders.

Linsegnamento del diritto romano nell Universita Imperiale di San Pietroburgo
Alexeeva T. A. Quaderni camerti di studi romanistici International Survey of Roman Law. index. Jovene Napoli, 2012. No. 40.
The article is devoted to the study of pre-revolutionary tradition of Roman law in St. Petersburg, specially, in the Imperial University. In chronological order, the author presents the various features of professors teaching the subject, describing the work published by them, shows the relationship of the Roman law teaching manners to the socio-political situation in the country and the situation of the universities. The article describes the characteristics of the study of the history of Roman law and its dogma (system) and results of its studies by Russian researchers during their stay in Germany, where modern Roman law was actual before the entrance into force of the German Civil Code. The analysis concludes by comparing the pre-revolutionary tradition and contemporary situation of teaching of Roman law and its contribution to legal education.
Contracts, Job Security And Development Of The University
Anna Panova. Economics/EC. WP BRP. Высшая школа экономики, 2014. No. 66.
The research success of a university requires efficient recruiting. The talents of candidates are unobservable for administrators, and so they delegate hiring to the faculty who have better knowledge of the job market. Since professors dislike putting their own employment at risk, faculty, especially less productive, have an incentive to hire less productive candidates to insure against getting fired themselves. I argue that both tenure and strict long-term administrative positions mitigate this problem, and allow one to hire better candidates.
Творчество и человеческий капитал: рефлексивно-психологические аспекты взаимодействия и развития
Семенов И. Н. Мир психологии. Научно-методический журнал. 2010. № 2. С. 37-51.