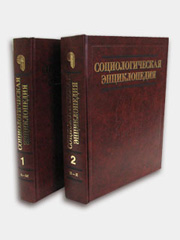 A Conception of, and Experiments with “Heterotopia” as a Condition of Stable, Unpurposive, Everyday Movement
Bankovskaya S. Гуманитарные исследования. WP6. Высшая школа экономики, 2014. No. WP BRP 70/HUM/2014 .
The paper is based on the outcomes and inferences from the experiment with urban heterotopia found on the Manezhnaya square in Moscow. The main point of the experimental design (ethnomethodological in its intent) is to explore in vivo the heterotopical properties of the urban environment as the condition of this environment’s creativity and its interaction with the mobile actors. Creativity of the urban environment was interpreted as a particular kind of spatial order accumulating in counterfinal effects of collective behavior in the unique constellation --“heterotopia”. The flâneur was chosen as the most appropriate actor displaying the properties of an object and that of a receptive mobile interactant. The object of the experiment was the fragment of the metropolitan environment which combines the logic of the urban social organization (embodied in its concrete place) and the paralogy of the counterfinality of the mobilities inside this particular environment.Two modes of interaction were provoked in the experiment: first, intended, but unpurposive action observed by the passage through the ambiances of the specific fragment of the city by the flâneur, and focusing on his affective states during these actions (the affective profile of the place thus was achieved); and second, observing and mapping the flâneur’s movements as a purposive interaction with the same fragment of the environment, but in the form of dérive (observation of the movement by the means of movement). The end of the observation in movement was to focus on the flâneur’s movements and to depict his route through the observable details of the spatial/social order of the environment
Исследования локальных сообществ в контексте позитивизма, субъективизма, постмодернизма и теории глобализации
Добрякова М. С. Социология: методология, методы, математическое моделирование. 2001. № 13. С. 27-59.
Russian Liberalism and the Problem of Imperial Diversity
Semyonov A. In bk.: Liberal Imperialism in Europe. Basingstoke: Palgrave Macmillan, 2012. P. 67-89.

"Неудобная" классика социологии XX века: творческое наследие Ирвинга Гофмана
Вахштайн В. С. Гуманитарные исследования. WP6. Высшая школа экономики, 2006. № 05.
«Embarrassing» classical legacy in sociology is the totality of works recognized as classical but unsettled in sociological canon and distant away from classical theoretical mainstream. This paper is aimed at investigation of such “non4classical classicality” particularly represented by works of Erving Goffman. Based on sociology of everyday life theoretical findings, this paper dedicates to one of the most significant problems in modern science studies, the problem of classicality. That problem is crucial in sociology. As a result of long4drawn debate about classics (R. Merton, J. Alexander, R. Collins) the “secluded model of classicality” was firmly established in social science. According to that model classical legacy as any other social fact must be explained by social reasons (mainly by social circumstances of classical works reception and valorization). The author is trying to develop alternative —“sociological, but non4sociologistic” — logic of analysis. Suggested approach underlines specific transcendence of classicality, bearing two4way relations between the realm of ideas and the realm of their social .
The History of Sociological Research on Occupations and Professions in the USSR 1960-80s: Ideological Frameworks and Analytical Resources
Abramov R. Social Science Research Network. Social Science Research Network. SSRN, 2014. No. 40.
The article analyzes of the content and context of research on occupations and professions in Soviet sociology from 1960 to the 1980s. It describes the key topics of observations of professional groups, gives definitions of occupations and professions in Soviet social sciences, and analyzes ideological and censorship restrictions for research and publishing. Sociology of occupations and professions as a separate disciplinary field appeared in Russia only in the late 1990s. Before this time, these topics were integrated into social structure and social stratification observations, research of the working class, intelligentsia, industrial sociology and sociology of organizations. From the 1960s Soviet sociologists searched for new explanatory models and they decided that socio-professional groups were the best criterion for a Soviet social structure description. During 1970-80s researchers of Soviet social structures debated about the place of professional groups. This article analyzes these and other features of sociology of occupations and professions in the USSR. The analysis is based on the bibliographical observations and interviews with Soviet sociologists. This project was supported by Science Foundation of NRU HSE.
Расширяющееся пространство борьбы: стратегии создания учебных планов по социологии в российских региональных университетах
Шпаковская Л. Л., Чернова Ж. В. В кн.: Социология вчера, сегодня, завтра. V Социологические чтения памяти Валерия Борисовича Голофаста. СПб.: Эйдос, 2012. С. 556-574.
Семь лекций по истории социологии
Гофман А. Б. М.: Университет, 2003.