by year
Subject
News
Researchers Develop a Programme to Find Cipher Vulnerabilities
Anastasia Malashina, a doctoral student at HSE University, has proposed a new method to assess vulnerabilities in encryption systems, which is based on a brute-force search of possible options of symbol deciphering. The algorithm was also implemented in a programme, which can be used to find vulnerabilities in ciphers. The results of the study were published in a paper ‘Software development for the study of natural language characteristics’.
University Salaries Show Poor Correlation with Academic Achievements
In 2012, many universities started signing incentive contracts with their staff in order to stimulate research and active inclusion in the global academic market. Together with orders issued by Russia’s president in May, this has led to growth in university salaries. But exactly which responsibilities increase pay — teaching, research or administrative work? The answer to this question will help improve the effective contract system to make it profitable both for teachers and universities.
The Pandemic Requires Breakthrough Solutions from Us
From April 13 to 30, HSE University is hosting the XXII April International Academic Conference on Economic and Social Development, one of the most important annual events in Russian humanities. Profile talked to Lev Jakobson, co-chair of the conference organising committee and vice president of HSE University, about the challenges that researchers face today.
Publications

Visual Sources in Teaching History and Gender in Social Work

Visual sources play a growing role in historical studies as well as in teaching as they offer new routes to understanding the past. The ways to construct and define social problems as well as approaches to solving them varied in different periods of history. To do so, it is important to challenge an ideological base of such concepts that often are taken-for-granted, to learn how to consider images as a means to conceive the world, as an important form of social knowledge. What are the differences on men’s and women’s labor in care work? How these distinctions were represented in certain sources and for which purposes? Photographs and episodes from the films, posters and cartoons depicting various images of men and women in the roles of parents, tutors, social care workers, nurses can be used not just as illustrations or representations but also as an important element of a studied context – as important as official documents or personal narratives.  The aim of this lecture is to contribute to social work training by providing an overview of experiences, theories and methodologies on the visual, by collecting and building knowledge based on visual material and demonstrating its relevance to the study of human behavior, social networks and welfare policies. 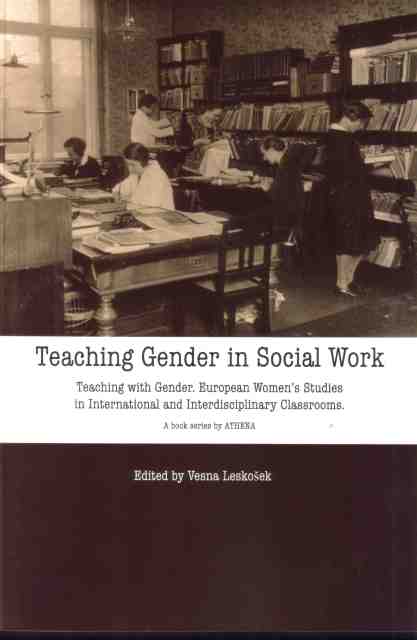 In this issue we present a range of papers about current issues and developments in social work and welfare in Russia. In the Soviet era official state policy did not recognise the existence of social problems so social work was ‘not needed’ in the USSR, a situation which existed to varying degrees in other countries under state socialism (Iarskaia-Smirnova, 2013). The disciplines of sociology and psychology (which could form a basis for critical thinking and professional interventions) were eliminated from university curricula, except in forms which accorded with the dominant political view, and dissent was repressed. There have been major changes in political thinking, societal attitudes and welfare developments since perestroika started in 1985, and particularly since 1991 when the Soviet Union was dissolved, Russia then became open to relationships with western powers and capitalist economic thinking. However, Russia remains a considerable independent power with a distinct history and culture. In this editorial we give a brief overview of the historical and other contextual factors which are informing the particular nature and direction of current developments, some aspects of which are described in the articles.

Social Workers Affecting Social Policy is the first book to undertake a cross-national study of social worker engagement in social-policy formulation processes. At its core, it asks how social workers influence social policy in various national settings. It offers insights into social worker involvement in policy change, the social work discourse, and education in different countries. It will be of interest to social work practitioners, students, educators, and researchers, as well as to social-policy scholars.

This chapter outlines a range of the general and the unique features of the social work’s development in the post-socialist countries of Europe and Eurasia after the dissolution of the socialist bloc. The author describes the general trends and varieties in the development of social work as a profession. Short historic background provides the reader with general picture and peculiarities of welfare policy and social work formations during socialism and under the transition. The short cases of each of the 27 countries present information concerning the role of the state and nongovernmental organizations in service provision, education and training possibilities, status of social workers. The chapter is concluded by the outline of some general trends and variations in social work development throughout the region. The chapter is based on the study of the available literature and personal communications with social work experts. Following abbreviations are used throughout the text: FSU – Former Soviet Union, CEE – Central and Eastern Europe, EU – European Union, CIS – Commonwealth of Independent States, OSI – Open Society Institute.