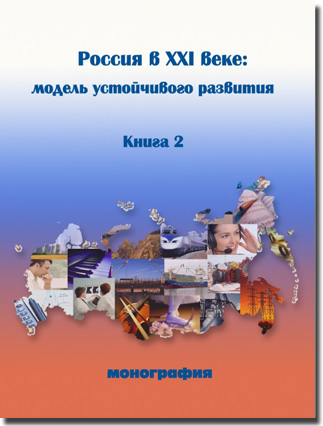 Россия в XXI веке: модель устойчивого развития
Кн. 2. Новосибирск: Центр развития научного сотрудничества, 2009.
Similar publications
Гражданская война политической теории
Павлов А. В. Политическая концептология: журнал метадисциплинарных исследований. 2010. № 4. С. 40-65.
Russia in the System of the European Environmental Governance of the Baltic Sea Area
Nechiporuk D., Belokurova E., Nozhenko M. Working Papers of Centre for German and European Studies. Centre for German and European Studies, 2011. No. 10.
The paper describes some results of the international project “Improving Societal Conditions for the Baltic Sea Protection” (PROBALT) conducted by the international team of scholars from Finland, Germany and Russia in 2009-2011 in the framework of the broader BONUS+ programme. The project rested on the assumptions that the relatively unsuccessful actions aimed to protect the Baltic Sea cannot be explained only by lack of scientific knowledge of the existing ecological problems. Here, an important role is played by the sociocultural factors that influence the course of environmental policy at different levels: supranational, national and subnational. Special attention was drawn to the problem of eutrophication or enrichment of water bodies with the so called biogenic substances (phosphates, nitrogen, etc), which leads to massive algae bloom and lack of oxygen for marine organisms. Therefore, the principal aim of the research was to define the societal conditions for the protection of the Baltic Sea in the cases of the EU and some coastal countries like Finland, Sweden, Germany, Poland, Lithuania, Latvia, Estonia and Russia. But in this Working Paper only the results of the research on the Russian case are presented.
Национальная идея как «идеология власти»
Мусихин Г. И. В кн.: XII Международная научная конференция по проблемам развития экономики и общества. В четырех книгах. Книга 2. Кн. 2. М.: Издательский дом НИУ ВШЭ, 2012. С. 303-311.

Environmental Problems and Policies in Kazakhstan: Air pollution, waste and water
Nugumanova L., Frey M., Yemelina Natalya et al. Окружающая среда и рост. O44. Leibniz Institute for East and South-East European Studies, 2017. No. 366.
We provide a comprehensive overview of the current state of environmental governance concerning air pollution, water problems and waste generation in Kazakhstan. The overview of the environmental and institutional framework in these fields reveals that major environmental problems exist in the country. Some steps have already been taken to ensure a proper management of air, waste and water. However, more coordinated cross-sectoral actions, both on the regional and the national level, need to be undertaken to ensure a productive cooperation between state institutions, business and the society.
Discussing Stalinism: Problems and Approaches
Helsinki: Aleksanteri Institute, 2015.

In this volume, based on a symposium organized by the Aleksanteri Institute, six scholars representing different fields of social research are presenting their points of view on the "Stalinism phenomenon".

Assessing the nature, factors and alternatives of contemporary social change is a key challenge for contemporary social science requiring methodological approaches fit to interpret the radical transformations of the institutions and the habitat, of the individual’s mentality and modes of behavior. The way development has been perceived exclusively within the capitalist Western-oriented model is being reconsidered, and the principal methodological approaches of qualitative research in the field are being scrutinized. The critical characteristics of contemporary development are clearly manifested in the political sphere: the emergence of new institutions and new actors transform political spaces and reframe the conventional understanding of politics. The authors test the possibilities of achieving a methodological synthesis in studying political change and propose approaches to overcome the “methodological nationalism” which has so far dominated political science. This revision can be achieved, it is argued, by adequately using the understated cognitive potential of identity studies and by introducing into the research framework, alongside institutions and collective actors, the spatial and the individual, personal dimensions of political development. The edited volume presents the results of the research project funded by the Russian Foundation for the Humanities № 12-03-00306a “The methodology of analyzing political and sociocultural development and forecasting social and political change in the modernization context”.

Геополитика – аморальный вид ложного сознания и цивилизационные альтернативы
Оболонский А. В. Политическая концептология: журнал метадисциплинарных исследований. 2010. № 1. С. 51-68.
Connecting strategy, environmental and social indicators: a study of oil and gas producers
Varfolomeev E., Marin O., Bykov D. et al. Science, Technology and Innovation. WP BRP. Высшая школа экономики, 2014. No. 24.
This paper studies the integration of social and environmental objectives into strategy through performance indicators based on a sample of multinational world-leading oil- and gas producers. Also, we inquire if the companies under study, which identify certain areas as strategic objectives, do better than their peers. We show that top management of the companies did indeed identify different areas of interest, had different strategic foci, and used different performance indicators. This is often explicable through a company’s own history and past experiences. When comparing a sample of greenhouse gas emissions, safety measures, and energy efficiency indicators between the different companies, we could not identify a consistent development over time trends. In fact, some did worse over time and collective improvements were largely absent.
Политическое измерение бюджетного процесса: теория инкрементализма
Баяндина Е. Д. Управленческое консультирование. 2011. № 3. С. 49-57.

Incrementalism is a theory of the budgetary process which offers a realistic view at the state budgeting by taking into account the influence of political power on budget. This article presents the main provisions of incrementalism and the comments of its critics. The theory is evaluated as a basis for future researches as well.