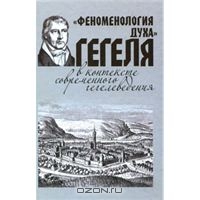 Russian researchers polemics on Kants essay On a supposed right to tell lies from benevolent motives in which Kant argues that if a malefactor (a murderer) who is going to kill a persons friend asks that person where ones friend is, the morality requires to tell the truth. It is proved in the paper that though Kantians are usually considered as absolutists and their opponents - as relativists, the Kantians perform a large-scale relativization of maxim of truthfulness and exhibit more conformity to lie than the relativisits do. Paradoxes A Precious Friend and Kants Generalized Consequence for Many Friends showing inconsistency and contradictoriness of Kantians point of view are introduced. The confrontation of absolutists and relativists is interpreted as a fundamental opposition of reductionism and holism followers, with understanding that in this case the opposition is many times strengthened by confrontation of moral values.

Миф, история, техника: размышления Эрнста Юнгера у «стены времени»
Михайловский А. В. Вопросы философии. 2010. № 15. С. 53-78.
Плифон Георгий Гемист
Соколов П. В. В кн.: Культура Возрождения. Энциклопедия. Т. 2. Ч. 1. М.: РОССПЭН, 2011.
The Moscow Pastor Sederholm And The Reception Of The Philosophy Of The German Idealism In Russia
Rezvykh P. V. Humanities. HUM. Basic Research Programme, 2015. No. 91.
Using a dialogue between the Moscow Pastor Karl Albrecht Sederholm with Schelling as an example, and referring to many unpublished archive documents and manuscripts, this article analyses the role of Sederholm in the cultural transfer between Russia and Germany and the complex interaction between theological, philosophical, religious, political and personal factors in the reception of Schelling's and Hegel's ideas in Russia in the firsthalf of 19th century.
Философия в истории высшего образования
Руткевич А. М. Гуманитарные исследования. WP6. Высшая школа экономики, 2014. № 02.
This essay considers the history of European higher education in its relationship with the history of philosophical thought. Philosophical and rhetorical schools in Antiquity, Medieval and Humboldtian University, the contemporary mass University were and remain the institutional forms of the higher education of our civilization. Each stage presupposes a number of philosophical ideas about the world and man’s place in it; philosophical education itself engaged into manifold relations with other disciplines and with the needs of these epochs.
Терминология менеджмента знания: основные способы образования терминов
Извольская И. В. В кн.: Терминология и культура. Сборник научных статей преподавателей и аспирантов по материалам III международной конференции. М.: МГПИ, 2012. С. 64-72.
Hegel’s “Objective Spirit” and its Contemporary Relevance for the Philosophy of Economics
Boldyrev I., Herrmann-Pillath C. Humanities. HUM. Basic Research Programme, 2012. No. 05.
This paper explores the implications of the recent revival of Hegel studies for the philosophy of economics. We argue that Hegel’s theory of Objective Spirit anticipates many elements of modern approaches in cognitive sciences and of the philosophy of mind, which adopt an externalist framework. In particular, Hegel pre-empts the theories of social and distributed cognition. The pivotal elements of Hegelian social ontology are the continuity thesis, the performativity thesis, and the recognition thesis, which, when taken together, imply that all mental processes are essentially dependent on externalizations, with the underlying pattern of actions being performative. In turn, performative action is impossible without mutual recognition in an intersubjective domain. We demonstrate the implications for economic theory in sketching an externalist approach to institutions and preferences.