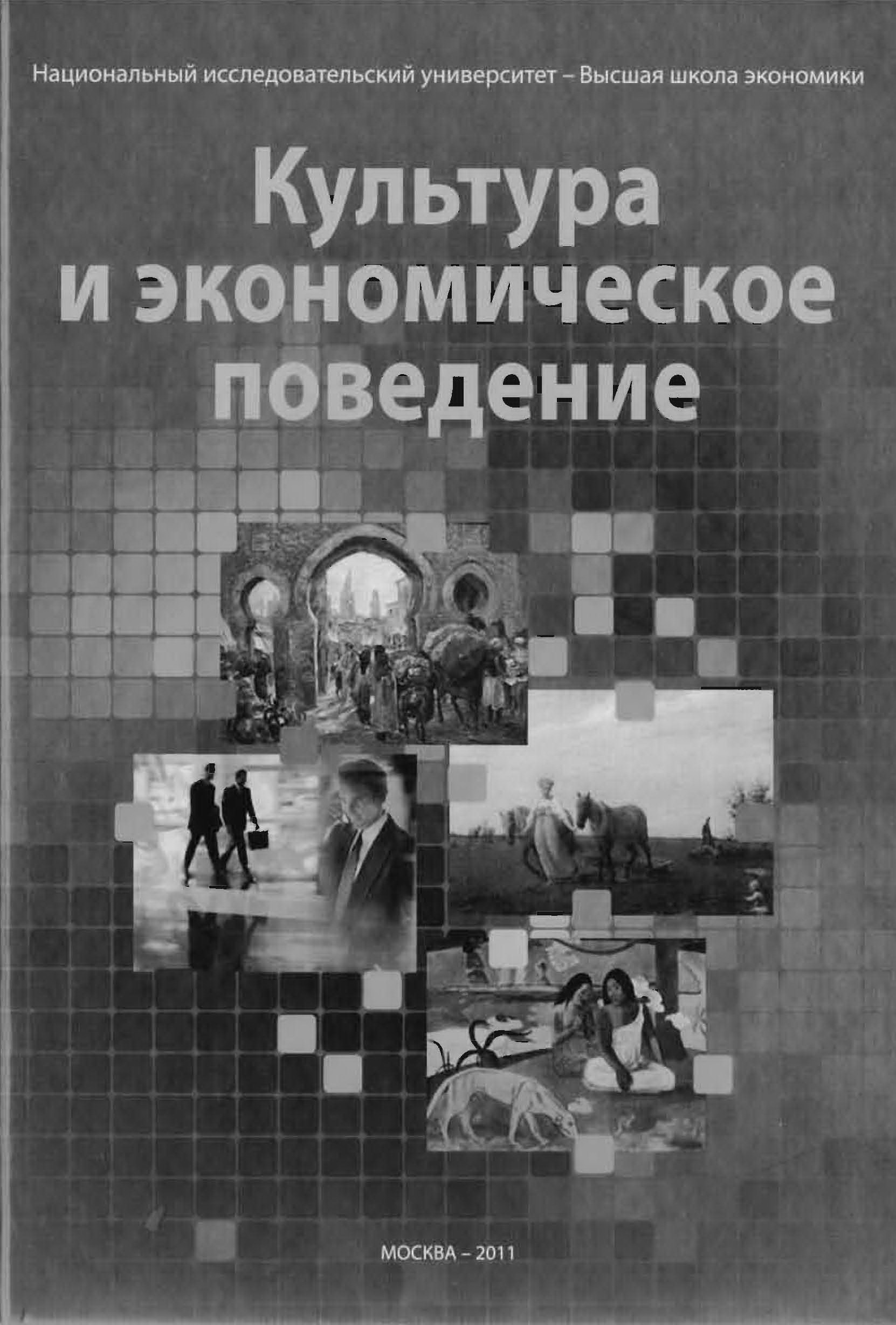 Культура и экономическое поведение
М.: МАКС Пресс, 2011.
Similar publications
Protestant Work Ethic Among the Muslims: Changeable Empirical Evidence
Shirokanova A. Basic research program. WP BRP. National Research University Higher School of Economics, 2015. No. 60.
This paper deals with the recently revealed paradox that contemporary Muslims demonstrate a stronger Protestant work ethic (PWE) than contemporary Protestants do. I test whether this paradox is supported in a multilevel analysis on internationally comparative WVS data. According to Inglehart’s theory of post-materialist shift, work ethic should be stronger in the developing societies that do not have enough existential security. Following the debate on the Protestant work ethic I test another hypothesis saying that the effects of PWE extend beyond the religious population of Protestant countries. On waves four and five of the World Values Survey, I compare the strength of work ethic between the Muslims and Protestants in multilevel ordinal outcome models. The models built on 26,156 respondents in 56 countries show no significance in work ethic between Muslims and Protestants, all else being equal. Living in a historically Protestant society does not increase work ethic by itself, but being religious in a Protestant society does. In all developed countries, work ethic is likely to decrease. Overall, the evidence of a stronger work ethic among the Muslims is changeable; in some models, Muslims are likely to have a stronger work ethic than Protestants, but in other models Muslims are not significantly different from Protestants. This poses further research questions about the universal features of different religious ethics and on the non-religious factors explaining the progress linked with the Protestant work ethic.
Adaptation strategies of the Roman Catholic and Russian Orthodox Churches to the new social and political conditions in the last decades
Bogachev M. In bk.: Morality and ethics in an innovative society: business, politics, media. M.: Academia - APK & PPRO, 2013. P. 31-43.

When considering L. Feuerbachs thesis, that god is a projection of human potentiality, our spiritual reality could be seen as a trinity: the acting and deciding ego corresponds to the Son; the depth persons corresponds to the Father (including conscience, creative impulses, the ability to love, phenomenological perception, higher emotions); and the Spirit can be seen as the unifying force enabling Son and Father to communicate with one another in the human being. Trinity was interpreted differently in western and eastern Christianity. In eastern Christianity, solely God the Father is origin of the Holy Spirit. Western Christianity, by contrast, sees the origin of the Holy Spirit also in the Son of God. Characteristic features of Russian mentality can be derived from this, becoming apparent in passivity and submissiveness to authorities.

The Tomb of Petosiris at Tuna el-Gebel and its ‘World of Doubles’: An Interpretation of the Monument in the Light of the Egyptian Elite’s Mood of the Early Hellenistic Time.

The article shows that the traditional scenes of defunct’s confronting deities in the chapel of the tomb of the priest Petosiris at Tuna el-Gebel near Hermopolis (late 4th century B.C.) are connected exclusively with the posthumous destiny of Petosiris’ relatives that died before him; the decoration of the pronaos that was dedicated to himself was marked with considerable Hellenization and reproduced the archaic model of the “World of Doubles” typical for private tombs of the Third Millennium B.C. Probably Petosiris urged to achieve the posthumous existence according to this model, independently of gods, as he thought it impossible to contact gods effectively in the early Macedonian time, when, in his ideas, there was no ritual sacral ruler in Egypt.

Religion, Sexual Minorities and the Rule of Law in Russia: Mutual Challenges
Antonov M. Political Science. PS. Высшая школа экономики, 2017. No. WP BRP 45/PS/2017 .
This paper analyses the cultural constraints that are factually imposed on the actors of the Russian legal system by the prevailing social philosophy which is characterized by a significant degree of religious conservatism. This conservatism is predictably opposed to sexual minorities and to those who want to defend or justify them. Examining the 2013 amendments on the protection of traditional values and the case law concerning these amendments, along with the discourses of some judges of the Russian Constitutional Court (RCC) and other actors, the author concludes that religious conceptions have a strong impact on decision-making in Russian courts, and can sometimes overrule the formal provisions of the Russian Constitution and the laws which grant protection and guarantees to the sexual minorities. This situation can be explained with reference to the prevailing social philosophy which promotes conservative values and emphasises collective interests. The reasons for this specific development of Russian intellectual culture in this regard fall outside the scope of the present paper, but it can be asserted that this development, historically oriented at prioritizing morals and religion over the law, still shapes the general conservative attitudes of Russians toward sexual minorities. These attitudes cannot be ignored by judges and other actors of Russian legal system who, to some extent, are subject to the general perception of what is just, acceptable, and reasonable in the society.
Жизненные миры современной российской семьи
Edited by: З. М. Саралиева Н. Новгород: Нижегородский государственный университет им. Н.И. Лобачевского, 2015.
Religious Issues in Russian Schools: Legal View
Knyaginina N., Jankiewicz S. Law. LAW. Высшая школа экономики, 2017. No. WP BRP 76/LAW/2017.
In different countries of the world the place of religion in education differs. In most of the European countries teaching of religion in public (or state-funded) school exists in one form or another. In Russia religious education can be received by the student at his or her own discretion or at discretion of the parents in the religious educational establishment. Education in public (state and municipal) organizations engaged in educational activity has a strictly secular nature. This principle is implemented in the Russian legislation and practice is most visible in disputes arising at the crossroad of religion and education as resolved by Russian courts. The most disputed issues concern the regulation of school uniform and the teaching of subjects ‘Fundamentals of Religious cultures and secular ethics’ and ‘Fundamentals of spiritual and moral culture of Russian nations’ as a compulsory subject in public schools. The court practice on the issue keeps developing, but it's analysis shows that the secular nature of education in Russia is not so undoubted as it may seem.
"Национализация" религии
Коваль Т. Б. Общественные науки и современность. 2013. № 1. С. 107-120.