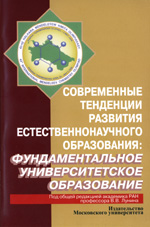 Влияние дохода домохозяйств на результаты ЕГЭ и выбор вуза
Прахов И. А., Юдкевич М. М. Вопросы образования. 2012. № 1. С. 126-147.
The article is focused on a question how the introduction of the Unified state exam - standardized tests for higher educational institutions admission - affected the accessibility of higher education for variouscategories of high school graduates. To address this question the authors have investigated the effect of family income on student performance on the Unified state exams, on how high school students prepare to enter a higher educational institution and on their choices where to study. The authors conclude that the financial situation of the family is a significant factor in determining school achievements of students, strategies of preparation for admission to higher educational institution and quality of educational programs.
Выбор вузов абитуриентами с квадратичной функцией полезности
Кисельгоф С. Г. Математические методы анализа решений в экономике, бизнесе и политике. WP7. Высшая школа экономики, 2011. № 01.
Sociometric popularity in a school context
Titkova V., Ivaniushina V. A., Alexandrov D. A. Education. EDU. Высшая школа экономики, 2013. No. 10.
This study investigates how the sociometric popularity of schoolchildren is related to individual academic achievements in a context of different levels of academic culture and educational aspirations in the classroom. The sample includes 5058 students in 270 classes from 98 schools in St. Petersburg. To examine class-level effects, we employ multi-level hierarchical models using HLM 7 software. Different effects for boys and girls were found, indicating that the relationship between academic performance and popularity is gender-specific. The results demonstrate that in classes with a low learning motivation individual academic achievements of boys are negatively related to their popularity, while in classes with a high academic culture the relationship is positive.
Представляем научные достижения миру. Естественные науки: материалы научной конференции молодых ученых "Presenting Academic Achievements to the World"
Iss. 2. Saratov: Издательство Саратовского университета, 2011.
The collection includes articles from the results of research in chemistry, geography, physics, geology and mineral resources in the field of information technologies.
Participation in Massive Open Online Courses: The Effect of Learner Motivation and Engagement on Achievement
Semenova T. Education. EDU. Высшая школа экономики, 2016. No. 37.
Massive open online courses (MOOCs) are a relatively new format of distance education which has become popular among students, faculties, employees and others. Regardless of the fact that MOOCs are a widespread phenomenon, they face some challenges including high dropout rates, low levels of student-teacher interaction, low representation of poor and less educated learners, issues with data processing and data analysis for creating predictive models. In our study, we look more closely at the last issue, while creating a model describing the relationship between the motivation, engagement, and achievement of MOOC participants. We use a database which consists of trace data and survey data from students of 20 online courses launched on the Coursera platform in 2014–2015 at the Higher School of Economics. Our research shows that for modelling the relationship between factors and achievement of MOOC students, it is necessary to transform the interval dependent variable into an ordinal one. To evaluate the relationship between motivation, engagement, and achievement, we used mediation analysis with ordinal logistic regression. The research shows that academic motivation of MOOC learners has an indirect effect on their achievement. The level of engagement acts as a mediator of this relationship. At the same time, intrinsic motivation plays an alternative role in the MOOC format compared to a traditional course format. Intrinsic motivation decreases the likelihood of getting a higher score from the second week of the course.
Ожидаемые доходы абитуриентов российских вузов
Андрущак Г. В., Натхов Т. В. Вопросы образования. 2010. № 2. С. 207-223.

Income expectations of school students entering Russian universities Studied are determiners of income expectation of Russian school students planning to enter universities. Data for the study are drawn from a survey of 1600 families conducted by the Laboratory for Institutional Analysis of Economic Reforms of HSE with the support of the Center for Fundamental Research at HSE in the spring of 2008 in major Russian cities. It has been discovered that two months before entering university, only 60 % percent of 11 th graders and their families have formed their expectations. The variation in income expectations depends on a number of variables, the most significant being the family income, the parents education level, the type of high school the student is graduating from, and the chosen program at a university. Families that have formed their expectations about the income in the post-university time, intend to send their children to major regional universities. Given that recently higher education has become virtually universal, this fact indicates that ideas about education qualities are becoming a significant differentiating factor of income expectation.