Could Lack of Intrinsic Motivation Be a Reason for Plagiarism of Russian IT-Students? 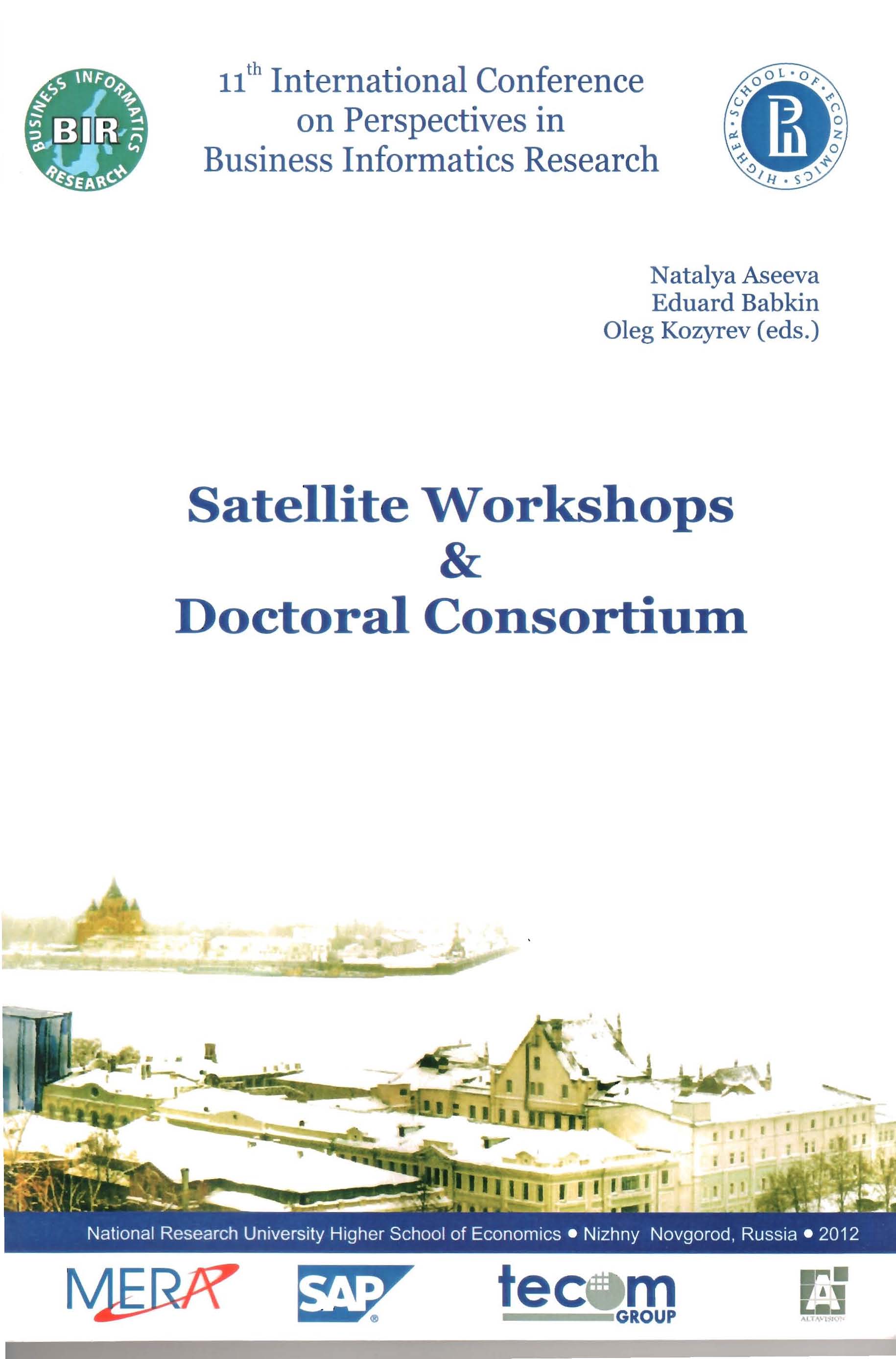 The problem of plagiarism is actively being discussed in academic and administrative circles. However, a similar sounding phenomenon of self-plagiarism has not achieved the proper disclosure, although it is widespread in the scientific community(both global and domestic). In this article we will attempt to examine the nature of self-plagiarism, identify the reasons behind its existence, and describe ways to deal with it.

In this study a multi-level modeling approach is used to examine predictors of the subjective sense of freedom both at the individual level and at the country level, as well as the between-level interaction effects. It has been established that relationship between postmaterialist priorities and the subjective sense of freedom differ depending on the countries’ degree of economic development. In more affluent countries subjective freedom is positively associated with postmaterialist priorities, while in less affluent countries this association is negative.

The objective of this paper is to estimate the factors of intergeneration educational mobility in Russia and Soviet Union, that is to test the equality in accessing the continuation of education at the next level for children from different social groups (families with various levels of the family capital), estimated for different cohorts. The data source is Russian Longitudinal Monitoring Survey (RLMS-HSE) in 2006-11. There are panel data collected in 1994-2011. The sample is representative for Russia population as a whole. In 2006 there were some questions about respondent parents, that allow us to test if there is the dependence between educational level of respondent and some parameters of his/her parents, including their educational level, Communist Party membership and several other.

We estimated the model of probability to get the education of the given level depending on gender, age, nationality, characteristics of parents and birthplace for Russian people born in 1946-1990. Data about respondents' education are collected in 2006-11, about their parents - in 2006. The method of this model estimation is multinomial regression. The model was estimated for the pooled sample, as well as for three cohorts separately: born in 1946-60, 1961-75, 1976-90. It was found out that the family capital (first of all, the educational level of parents and urbanization level) represent an essential obstacle for educational opportunities of Russian high schools graduates. Regression estimation for the pooled sample demonstrates the significant level of dependence of respondents' education on that of their parents.

Values and Attitudes towards Innovation among Canadian, Chinese and Russian Students
Lebedeva N., Schmidt P. Sociology. SOC. Высшая школа экономики, 2012. No. 04/SOC/2012.
This study investigated relations of basic personal values to attitudes towards innovation among students in Russia, Canada, and Сhina. Participants completed a questionnaire that included the SVS measure of values (Schwartz, 1992) and a new measure of attitudes towards innovation (Lebedeva, Tatarko, 2009). There are significant cultural and gender-related differences in value priorities and innovative attitudes among the Canadian, Russian, and Chinese college students. As hypothesized, across the full set of participants, higher priority given to Opennes to change values (self-direction, stimulation) related to positive attitudes toward innovation whereas higher priority given to Conservation values (conformity, security) related negatively. This is compatible with the results reported by other researchers (Shane, 1992, 1995; Dollinger, Burke & Gump, 2007). There were, however, culture-specific variations in some of these associations, which may be explained by cultural differences in value priorities or meanings and in implicit theories of creativity and innovation. Applying the Multiple-Group Multiple Indicators Multiple Causes Model (MGMIMIC) (Muthen 1989) has shown that the type of Values-Innovation mediation is different in the three countries. Whereas in Russia and Canada the effects of gender and age are fully mediated by the values, this is not true for China, where a direct effect of gender on innovation was found. The cultural differences in values, implicit theories of innovation, and their consequences for attitudes to innovation and personal well-being is finally discussed.
The Correlation between the Level of Education and Estimation of Ethical Features of Running Business
Kamolikova V. In bk.: Morality and ethics in an innovative society: business, politics, media. M.: Academia - APK & PPRO, 2013. P. 44-54.

National Research University “Higher School of Economics” in Laboratory for Research in Business Communications conducted an analysis of media ethics. Several countries were taken as object of the research. There are seven countries: Russia, the USA, England, Spain, Italy, Germany, and France. Respondents were asked about the features of running business in these countries. In this work the author tries to answer the question is there any dependence between the level of education and estimation of features of running business. Author concludes that in the case of estimation of running the business in different countries the level of education matters.