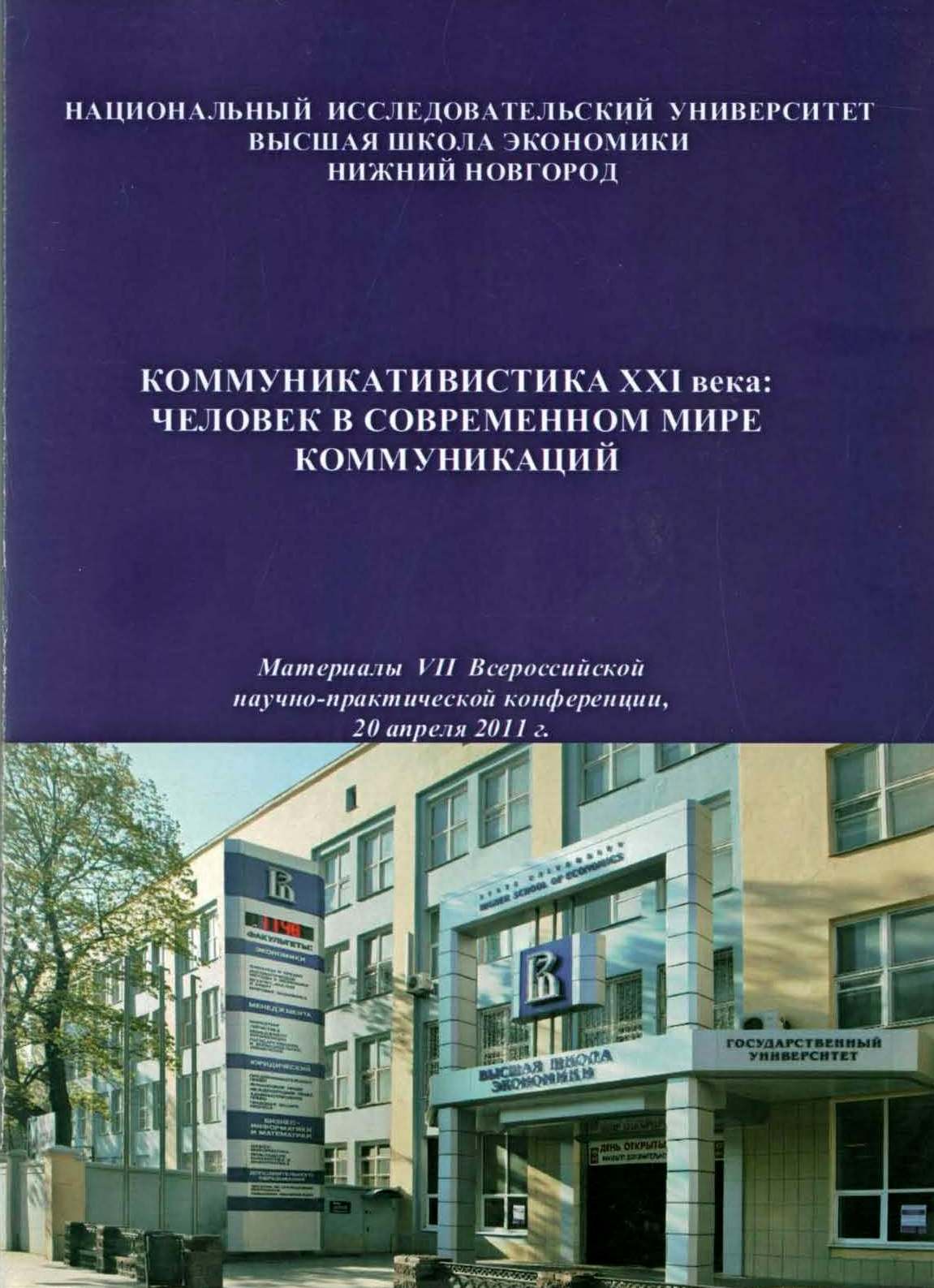 Развитие сети науки и образования г. Пущино
Исаев Е. А., Думский Д. В., Зайцев А. Ю. и др. Препринт ФИАН. Физический институт имени П.Н. Лебедева Российской Академии Наук, 2010. № 8.
PR в сфере культуры
Тульчинский Г. Л. СПб.: Лань, 2011.
Approaches to Defining and Measuring Russia’S Internet Economy
Abdrakhmanova G., Kovaleva G. G., Plaksin S. Science, Technology and Innovation. WP BRP. Высшая школа экономики, 2016. No. WP BRP 61/STI/2016 .
Our study object is the Russian Internet economy, i.e. economic activities of companies relying on the Russian-language segment of the World Wide Web. The purpose of this study is to classify businesses engaged in the national Internet economy and measure its size (as a share of GDP) using official statistics. The analysis of international approaches used for such studies allowed us to classify these according to the following criteria: the direct impact of the Internet on the economy, indirect economic impact of the Internet, and its indirect impact on the social sphere. To assess the size of the Russian Internet economy we used the approaches applied by international organizations (OECD, BCG, McKinsey) for the analysis of the direct impact of the Internet on the economy [BCG (2014), McKinsey (2011), OECD (2014), etc.]. The authors singled out three sectors within the Internet economy: the sector of ICT infrastructure and its maintenance; the sector of companies doing business purely on the Internet, and the sector of companies combining an online and offline business. To assess the share of the Internet economy in GDP using the production approach we first defined the above sectors in accordance with All-Russian Classification of Economic Activities (OKVED) Rev. 1.1 and subsequently calculated gross value added (GVA) for each sector. For this purpose, the GVA data calculated by Federal Service of State Statistics (Rosstat) was disaggregated while the share of the GVA contributed by the third sector companies (i.e. combining an online and offline business) was assessed using the results of special surveys and Rosstat data. To measure the size of the Internet economy using the expenditure approach we focused on consumer spending on goods bought through the Internet, ICT equipment and Internet access as well as institutions’ expenditure for ICT equipment, fixed capital investment of enterprises engaged in Internet activities, public sector ICT spending, net exports of ICT goods and services. According to our estimates obtained by two methods such as the production approach and expenditure approach, the share of the Internet economy in GDP in 2014 amounted to 2.7 and 2.6%, respectively. Future studies would require a more detailed definition and description of the Internet-related economic activities on the basis of OKVED2 with subsequent calculation of GVA for appropriate companies as well as development of statistical tools for collecting data on household spending
Сетевые технологии и революционный процесс
Исаев Л. М. В кн.: Рецепты Арабской весны: русская версия. М.: Алгоритм, 2012. Гл. 7. С. 135-141.
Rally-Around-The-Flag and the Media: Case of Economic Sanctions in Russia
Kazun A. D. Political Science. PS. Издательский дом НИУ ВШЭ, 2016. No. WP BRP 33/PS/2016 .
This article analyzes a paradoxical situation: against the background of a large-scale economic and political crisis in Russia, Vladimir Putin's support is increasing. In explanation, we propose the rally-around-the-flag effect. This effect reflects how and why a national leader’s approval rating substantially increases during tragedies and international conflicts. However, the circumstances in Russia differ significantly from those described in the literature. For example, the rally effect in Russia is substantially more stable than in other countries. Because the rally-around-the-flag effect is closely linked with debates that are presented in the media, we search for explanations in this area. We assume that the use of deproblematization strategies in the media discussion on economic sanctions proves to people that the effects of the sanctions are not severe and generates images of Russia’s external enemies and Vladimir Putin as a strong leader who resists these enemies. Such strategies and practices can contribute to the rally effect. The article analyzes the key strategies used to deproblematize the economic sanctions (and the Russian food embargo) that were used in four Russian newspapers from March 2014 to December 2014.
Международное гуманитарное право и деятельность средств массовой информации: методические указания
Иркутск: Иркутский государственный университет, 2005.
Медиатизация и ее теоретизация через повестку дня
Фомина Г. А. Право и политика. 2011. № 7. С. 1161-1170.