Opportunities for fast and cost-effective decarbonisation in Russia

Countries worldwide have pledged to combat climate change and reduce greenhouse gas emissions, yet real concerns exist that targets will not be met and aspirations for the 2015 Paris agreement will fall short. In order to guarantee that world climate goals are achieved, and that the world economy thus reaches net zero emissions of greenhouse gases, effective and feasible policies must be implemented post haste. This eBook, with contributions from economists working in more than 18 countries, provides timely and concise recommendations on achievable and efficient climate change policies that can be fast-tracked into implementation. Authors discuss which policies will have the fastest and/or largest cumulative impact, which strategies are the most technically or financially feasible, and which are least likely to hit political-economy obstacles to their implementation. 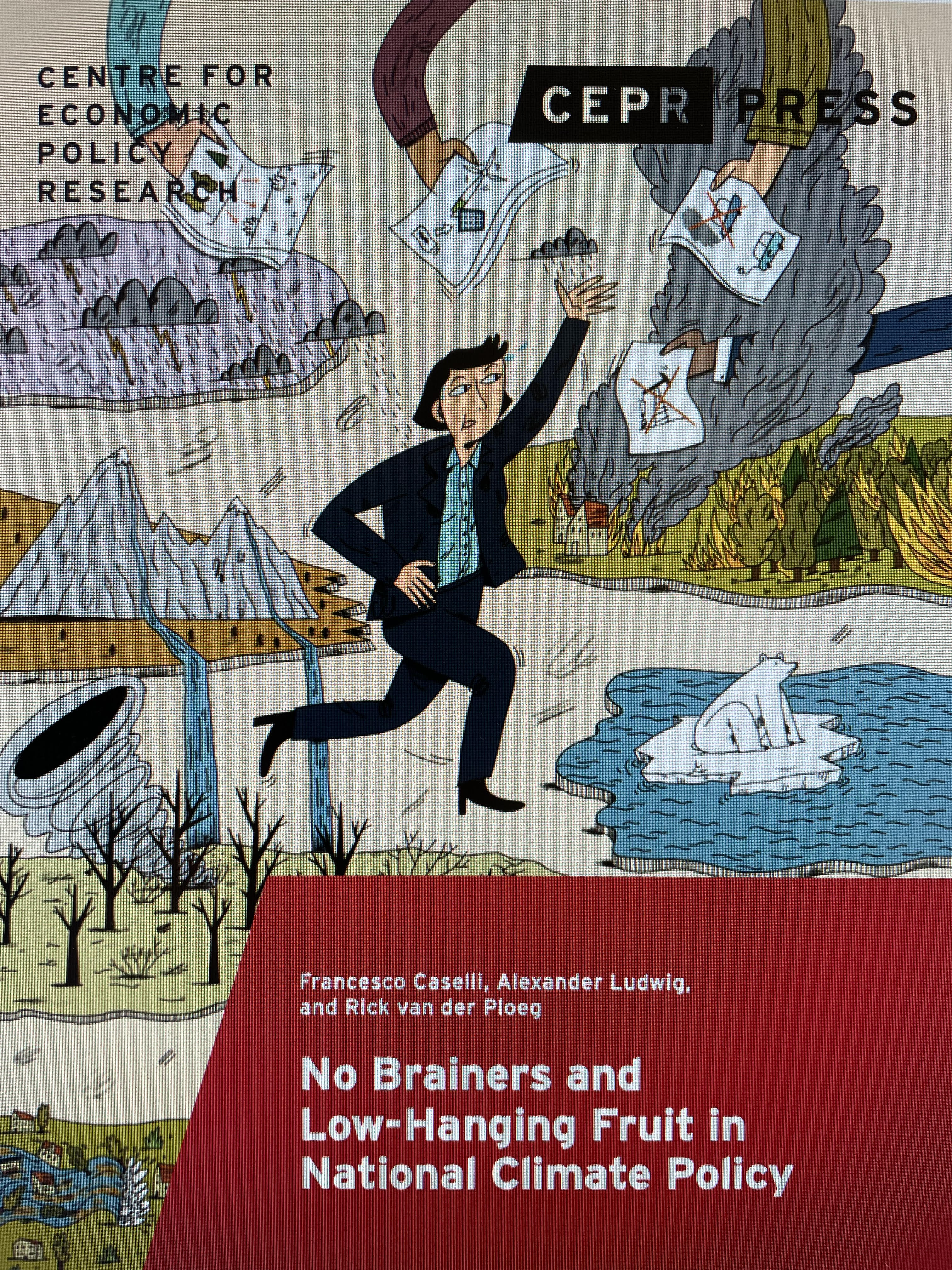 Anti-Corruption Compliance of Development Assistance Donor Organisations: The Case of Russia
Шенфельдт А. А. International Relations. WP BRP / IR. НИУ ВШЭ, 2016. No. WP BRP 28/IR/2016 .
The article sheds light on the scope of transparency in the Russian Official Development Assistance (ODA) and anti-corruption compliance that has been forged by Russian authorities in the field of international development aid. Analysis of official documents, reports and available statistical sources shows quite poor performance of the Russian Federation, especially with regard to the international standards on open aid data and OECD members’ experience.  First, the article lays out the evolution of transparency and accountability standards in international development assistance and highlights the best practices in forging anti-corruption compliance of leading donor organizations and countries. Though it cannot be said with certainty that the level of corruption globally in development aid has diminished, it is obvious that major OECD donor organizations have improved their integrity and managed to render their aid transparent.  This research has been focused on Russian development assistance. Analysis of published information on Russian ODA such as reports by the Ministry of Finance, web-sites of the Ministry of Finance, Ministry of Foreign Affairs and the Rossotrudnichestvo, Concepts on ODA and other published documents showed that apart from procurement mechanisms, Russian authorities have not still forged anti-corruption compliance of its agencies in the filed of international development assistance. Moreover, Russia does not account for its ODA in a sufficient manner. First, the reports of the entitled authorities published on the official websites do not present precise information on Russian projects in development assistance. Though some information is publicly available, it is rather difficult to access to it as it is dispersed across various sources. Second, the functions on ODA are divided among agencies which makes the accountability process more complex. Third, Russia does not meet international standards outlined by the Busan Partnership on enhancing transparency in development aid: Russia does not report neither to the DAC Creditor Reporting System, nor to Forward Spending Survey, nor to the International Aid Transparency Initiative. Though the failure to publish detailed data stem from the lack of institutional capacity of the system of Russian development aid, still more transparency and accountability should be enhanced to enable civil society and scholars to contribute to the development of Russian aid.  The paper concludes with recommendations to Russian responsible authorities on how to make Russian development assistance transparent.
ВТОРОЙ ОЦЕНОЧНЫЙ ДОКЛАД РОСГИДРОМЕТА ОБ ИЗМЕНЕНИЯХ КЛИМАТА И ИХ ПОСЛЕДСТВИЯХ НА ТЕРРИТОРИИ РОССИЙСКОЙ ФЕДЕРАЦИИ
Минин А. А., Семенов С. М., Корзухин М. Д. М.: Росгидромет, 2014.

16th international multidisciplinary scientific geoconference SGEM 2016 Conference proceedings
Vol. 3: Recycling, air pollution & climate change, modern energy and power sources. Bk. 4: Energy and clean technologies. Wien: 2016.
Carbon emissions embodied in Russia’s trade
Makarov I. A., Sokolova A. FIW Working Paper. The Federal Ministry of Science, Research and Economy (BMWFW), 2015. No. 149.
According to current international climate change regime countries are responsible for greenhouse gas (GHG) emissions, which result from economic activities within national borders, including emissions from producing goods for exports. At the same time imports of carbon intensive goods are not regulated by international agreements. In this paper emissions embodied in exports and imports of Russia were calculated with the use of inter-country input-output tables. It was revealed that Russia is the second largest exporter of emissions embodied in trade and the large portion of these emissions is directed to developed countries. The reasons for high carbon intensity of Russia’s exports are obsolete technologies (in comparison to developed economies) and the structure of commodity exports. Because of large amount of net exports of carbon intensive goods the current approach to emissions accounting does not suit interests of Russia. On the one hand, Russia, as well as other large net emissions exporters, is interested in the revision of allocation of responsibility between producers and consumers of carbon intensive products. On the other hand, current technological backwardness makes Russia vulnerable to the policy of “carbon protectionism”, which can be implemented by its trade partners.
Adaptation actions: Observed and Forecasted Climate Change Impacts on Population, Economy and Ecosystem Services
Gerasimchuk I. In bk.: Assessment Report: Climate change and its impact on ecosystems, population and economy of the Russian portion of the Altai-Sayan Ecoregion. M.: WWF Russia, 2011. P. 94-131.

This two-part overview of contemporary Russian anthropology focuses in detail on the work of several scholars and situates it in the changing landscape of Russian academia. The main issue I address is debates about an academic identity of Russian anthropology as ‘historical science’. Given that in Western anthropology, history has become one of the leading modes of anthropological analysis and that the turn to history marked a radical repositioning of anthropology’s very subject, it is important to explore how such configurations of history and anthropology work in other anthropological traditions and what the reasons are for turning to history or, conversely, avoiding it, for specific national, continental and transnational anthropological schools. In this article, I explore these questions by focusing on anthropology in Russia with an aim of reassembling the relationship between anthropology and history from the point of view of the anthropology of time. I ask what temporal frameworks underscore the relationship between anthropology and history. I explore these understandings ethnographically, that is, through ethnographic interviews with Russian scholars in addition to close readings of their works.

The Circulation of Information About the Poll Tax Revenues As an Indicator of Russian Empire Undergoverness in the in the 18th Century
Korchmina E. S. Humanities. HUM. Basic Research Programme, 2016. No. WP BRP 137/HUM/2016 .
The article deals with the notion “undergoverness” in the context of the 18th century Russia. It was an attempt to get away from the general discussion based on the number of state officials per capita.  The study is devoted to the analysis of the poll tax collection mechanism. We use the new data about regional variations in the number of officials responsible for the poll tax collection. The poll tax collection chain may be split into two relatively connected procedures: the first – money gathering, distribution and delivery (let’s name it a material layer); the second – making reports on cash inflaws and outflaws (let it called an informational layer). The same state officialdom – provincial, regional and local clerks – was in charge of appropriate commitment of both procedures. The results at the first level should be recognized as successful (the collection of the poll tax was about 95%). But the activities of government officials, aimed at informing the government, was close to collapse. So the idea of ​​determining the level of undergoverness through the ratio of officials to the population looks doubtful. It is important to arrange what we mean by the state management: the actual availability of the state to collect and spend money or the knowledge of the state, "St. Petersburg", about what happened to its money?
Глобальное изменение климата как вызов мировой экономике и экономической науке
Макаров И. А. Экономический журнал Высшей школы экономики. 2013. Т. 17. № 3. С. 480-499.
Роль США в противодействии глобальному изменению климата
Макаров И. А. США и Канада: экономика, политика, культура. 2012. № 4. С. 101-117.