The chapter is devoted to various approaches to assessing the total fertility for conventional and real generations. The fundamental conclusion from the analysis of various indicators of the total fertility in dynamics over several decades is as follows: the average level of the cohort total fertility rate (CTFR) in Russia, both over the past four decades and over the past two decades, has not changed much, despite the large fluctuations demonstrated by the period total fertility rate. fertility rate (PTFR) is the most common indicator used to assess the current level of fertility, and is a target indicator of the state demographic policy in Russia. The “true” average fertility rate of women who participated in the reproduction of the population of Russia in the period from 1979 to 2018 was 1.7 live births per woman with very insignificant fluctuations over the years and periods. Changes in the value of the usual period TFR (for calendar years) were determined almost exclusively by changing tempo of family formation or, otherwise, by significant shifts in the timing of births among Russians born in the 1960s and 1980s, both due to long-term changes (transition to a later marriage and the beginning of childbearing) and and under the influence of the changing socio-economic and political environment, which influenced the rate of transformation of the age profile of fertility and changes in birth intervals. It can be said with a high degree of confidence that in the foreseeable future Russia will remain within the range of TFR variation for developed countries, gravitating towards of 1.6–1.7 births per woman

Language: Russian
Full text
DOI
Text on another site
Keywords: рождаемостьfertilityитоговая рождаемость условных и реальных поколенийperiod and cohort total fertilitycompleted fertility
Publication based on the results of:
Demographic and migration processes in Russia in historical and international context in the light of new methodological approaches (2019) 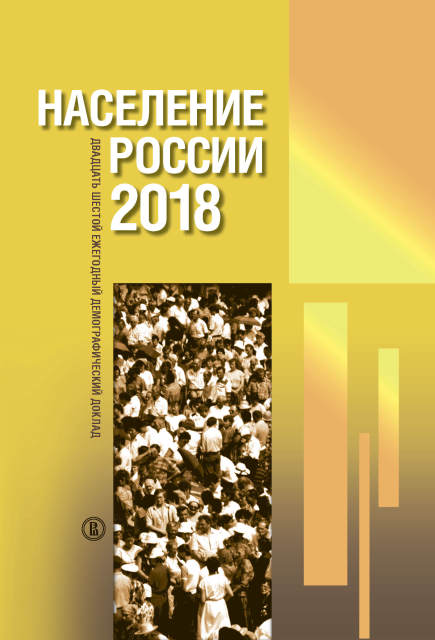