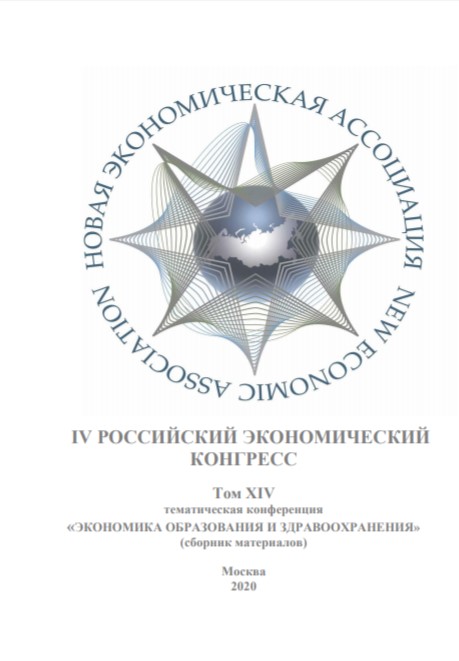 IV Российский экономический конгресс «РЭК-2020»
Чубарова Т. Т. XIV: тематическая конференция «ЭКОНОМИКА ОБРАЗОВАНИЯ И ЗДРАВООХРАНЕНИЯ». 2020.
Similar publications
Russian University Students And The Combination Of Study And Work: Is It All About Earning, Learning Or Job Market Signaling?
Roshchin S., Victor Rudakov. Education. EDU. Высшая школа экономики, 2015. No. 24.
The issue of how Russian students combine work and study can be analyzed through the quality of university, the quality of students and a number of financial, academic, social and demographic factors. These factors may have an effect on student employment and student labor supply, and help shed light on what motivates students to enter the labor market. We discovered that 64.7% of Russian students combined study and work and most of them begin working during their 3 rd year of study. Our results indicate that factors associated with the quality of students, such as studying in a top university and participating in research activities, positively affect the probability of student employment, but negatively affect the labor supply. Financial motivations for student employment are also significant. However, we found no evidence that combining study and work affects students’ academic achievements.
Student Support Services. University Development and Administration
Edited by: F. Padró, M. Kek, H. Huijser. Singapore: Springer, 2021.

Since the first works on Higher Education Administration in the 1970s no comprehensive work in terms of purpose and scope of Higher Education has been published. There have been important changes in people’s aspirations vis-à-vis higher education globally. In parallel, the higher education systems, worldwide, have been undergoing constant transformation in response to these aspirations. From governments, employers and prospective students and their parents, the stakeholders in higher education system are now extremely varied paying close attention to the various aspects of higher education - from infrastructure, on-campus safety and security to administration, faculty and curricula. The present series attempts to take into account the issues of importance to all the stakeholders. Hence the series not only pays attention to the purpose and outcomes of higher education but also the economics surrounding higher education vis a vis marketization. The nitty gritty of running and maintaining a university infrastructure, impact of globalization and internationalization on delivery and demand of higher education, the commoditization of research, and changing paradigms of teaching and learning fall within the purview of the series. The increasing competition from other entities to provide degrees, certificates or other forms of credentials makes it important to have a work that brings all of the elements together to see how they actually interact and inter-relate from a systems perspective. The present series attempts to comprehensively attend to these issues and provide a complete reference resource to all those involved and interested in setting up of a Higher Education institution and its administration.

The main reason the so-called "crisis of education" covers not only the rap-id changes in the system of knowledge and technology, but also the changes in the labor market, the prevalence of atypical employment. As a result, the univer-sity, by definition, can not train a specialist, fully satisfying the requirements of the employer. For example, the direction of "Advertising and public relations" proposes measures to resolve the existing contradictions.

The book contains abstracts of papers presented at the Third Saburov reading. Most of them develop ideas and topics specifically related to the life and works of Eugene F. Saburov (1946-2009) - statesman, reformer, a prominent organizer of education, writer and poet. Like the preceding Saburov readings, in a statement reflected the problems of innovation and reform in the Russian society. A prominent place is given to the results and prospects of the reform of education are analyzed its regional aspects, financial and economic mechanisms.

SOCIAL TIES OF UNIVERSITY STUDENTS: EVIDENCE FROM A LONGITUDINAL SURVEY IN RUSSIA
Leonova L., Krekhovets E. Education. EDU. Высшая школа экономики, 2016. No. 33.
Student friendship networks can be considered as social capital, which is known to be a very useful resource during university and after it. Several empirical studies have examined static models of student behaviour in social networks. In this study we analyse the dynamic changes of student social connections. We use original longitude data of student social ties from one Russian university. Data was collected within the framework of a research project of the International Research Laboratory for Institutional Analysis of Economic Reforms. To investigate factors influencing the evolution of social ties during university probit regressions were tested. We found that students with similar characteristics such as gender and academic achievement are more likely to become friends and continue to be friends. Both studying in the same group and living in a dormitory increase the likelihood of being friends. We also found a transitivity effect. We observe a positive effect of having common friend on friendship ties. We also notice a positive link between reciprocity and friendship stability.
Does Competition Matter? Efficiency of Regional Higher Education Systems and Competition: Case of Russia
Leshukov O., Platonova D., Semyonov D. Basic research program. WP BRP. National Research University Higher School of Economics, 2015. No. WP BRP 29/EDU/2015 .
The paper explores the relation between the degree of competition between higher education institutions (HEIs) and efficiency of regional higher education systems taking the evidence from the Russian Federation. The choice of regional system of higher education as a unit of analysis explained by features of the Russian system of higher education, especially by “closeness” in borders of regions. Using data envelopment analysis (DEA) we investigate the efficiency of higher education systems in the regions and juxtapose the results with the extent of higher education competition within them. The analysis finds that within the overall sample the correlation is positive, but not striking. Yet, the extent of competition is connected with the efficiency of the regional sets of HEIs more in the regions that are less developed socio-economically.
Управление доходами от целевого капитала в университетах
Дьячкова Э. А. Вопросы образования. 2016. № 1. С. 225-244.

The concept of sustainable development (SD) is aimed at preserving life on Earth and ensuring a decent level of life for the present and future generations. It is based on the values ​​of conservation of natural resources, responsible consumption and ethical business practices, and confronts modern global challenges. The transition to SD implies a revision of existing values ​​in the economics, ecology and social life of society. In this regard, education plays the most important role because it is responsible for the formation of the attitudes of the younger generation, and progress in the transformation of formal and informal institutional frameworks. In order to realize these processes, The UN has developed the global program "Education for Sustainable Development (ESD)" and formulated one of the specialized goals in the system of seventeen sustainable development goals approved by the UN for 2016-2030. Higher education plays a special role there, since it not only creates and disseminates knowledge about SD, but also influences the process of making future decisions by managers of various levels. In this context, the concept of “sustainable university” is becoming highly relevant and the experience of its practical implementation is gaining special importance. The purpose of this work is to overview the research papers of Russian and foreign authors to identify the specific features of a sustainable university as a necessary element of ESD.

The paper discusses the development of the organizational practices in a Russian university under the influence of the environment. In the latter, the key factors are legislation and regulations of the Ministry of education and science. This influence is ambiguous and varies in different aspects, so to understand combined effect one needs detailed analysis using purposebuilt tools. The paper introduces such tool based on ideas of business model canvas by Alexander Osterwalder and Yves Pigneur and organizational design theory by Henry Mintzberg. This instrument makes it possible to conduct a system analysis of the organizational design of the university, the integrity of this design and its fit to the environmental conditions. In particular, this analysis shows, how the system of restrictions and stimuli, created by the Ministry of education and science leads to the degradation of education quality in a classic university