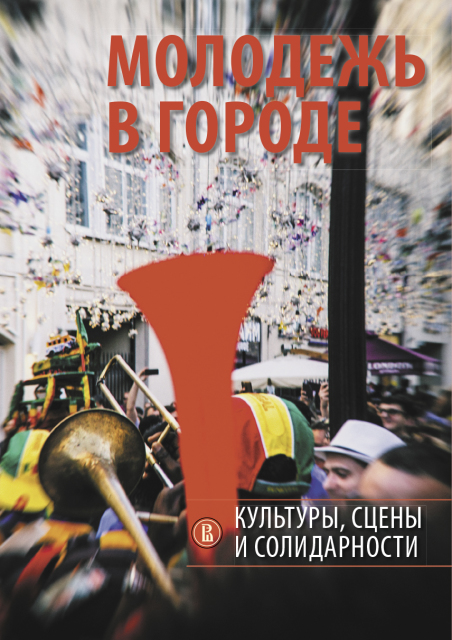 «I Didn’t Know You Can’t Plan So Far Ahead»: Symbolic Logics Behind The Choice Of Vocational Education In Russia»
Pavlenko E. Education. EDU. Высшая школа экономики, 2020
This research studies the role of culture in reproducing inequality through educational decision-making (VE) students in Russia. We show how the way they meaningfully map their options affects their decisions and outcomes. We built upon the conceptual approach of Hodkinson, specifically “horizons of action” in studying how young people are restricted by the “horizon of action” in their opportunities to see all the options available to them. We expand Hodkinson’s approach by suggesting that the “horizon of action” is a symbolic structure that renders reality as a meaningful frame of reference which is the result of meanings shaping young people’s outlook. Using this approach, we extract four complexes of meanings which we call “symbolic logics”. We investigate further how “serendipity” and “agency” are woven into young people's symbolic logics of choice. We show that students rely on a meaningful frame that allows them to be agents enacting a narrative of “bringing adulthood closer”, but they are also highly uncertain about their future and are open to serendipity which plays a large role in their trajectories.
At any Given Time, There Is Crisis Somewhere. Characteristics of Young People Under the Conditions of the Economic Slump.
Лукьянова Е. Л., Sabirova G. Russian Education and Society. 2013. Vol. 55. No. 9. P. 3-22.

The article dealts with German school and student sociolects of the first half of the XXth century. The data under linguistic analysis are lexicographic sources and theoretical articles of leading German linguists of that time. The focus is on the dictionary of Basler Studentensprache pubished in 1910. There is carried out comparative analysis of the youth sociolect of the past and the present and there singled out general tendencies in enriching their vocabulary.

Extracurricular Sport and Risk Behaviour: Are They Related?
Khodorenko D. K., Titkova V. Education. EDU. Высшая школа экономики, 2016. No. 38.
This study focuses on the relationship between extracurricular activity (specifically, group and individual sports) and adolescent drinking behaviour. To examine how participation in sports is related to the frequency and intensity of alcohol consumption we use hierarchical regression analysis. Our sample consists of 2961 students from 29 vocational schools in St. Petersburg. We demonstrate that participation in individual and team sports increases the risk of teenagers being involved in drinking behaviour; however the frequency of regular alcohol consumption is not associated with participation in sports. Students’ gender, socio-economic status and cultural capital, as well as residence status (living with parents or in the dorm) were significantly associated with teenage drinking behaviour: females and students living in a dorm were at greater risk of being involved in drinking, while regular alcohol consumption was more prevalent among males and students with a higher socio-economic status.
Россия в 1917 году в восприятии современной российской молодежи: медиадискурс
Дзялошинский И. М., Пильгун М. А., Давыдов С. Г. и др. М.: АПК и ППРО, 2015.
当代俄罗斯青年的消费和休闲 (Youth Consumption and Leisure in Russia)
Kozyreva P. M., Nizamova A. E., Smirnov A. I. In bk.: 青年与社会变迁：中国与俄罗斯的比较研究 (The youth and social change: a comparative study between China and Russia). Beijing: Social Sciences Academic Press, 2014. P. 128-142.

Land, Votes, and Violence: Political Effects of the Insecure Property Rights over Land in Dagestan
Lazarev Y. A. Sociology. SOC. Высшая школа экономики, 2011. No. 01.
How do insecure property rights over land affect electoral competition and the level of violence? To answer this question, I explore original empirical evidence from Dagestan, Russia’s most turbulent North Caucasian republic. The exploration is based on a statistical analysis of district-level data with special emphasis on chronological validity. Studying the relationship between land titles of the Soviet period and post-Soviet amounts of tenured land, the research demonstrates that the amount of unregistered land in each district has a profound effect on local electoral competition and indices of violence. A higher percentage of untenured land at the district level leads to less electoral competition and more intense violence. Consequently, the study finds that the insecurity of property rights creates an opportunity structure for electoral patronage and violent expression of conflicts and grievances. In theoretical perspective this study sheds light upon a relatively unexplored institutional factor that drives electoral process and violence in predominantly agrarian societies.