The Mechanism of Tax Stimulation of Industry 4.0 in Modern Russia

Transition to Industry 4.0 in the 21st century takes place in the conditions of past industrial revolutions of the 19th–20th centuries, which were accompanied by transformation of the system of public production. Technologies change very quickly, creating new factors of formation of not only inter-sectorial and inter-country, but also inter-subject, communications—between the state and entrepreneurial subjects, which stimulates the emergence of a new revolutionary stage of transition of countries to the concept “Industry 4.0”. Here the authors conduct aspect analysis of actual mechanism of tax stimulation of Industry 4.0 in modern Russia as one of state tool that allows influencing entrepreneurial subjects and receiving feedback—which determines effectiveness of the system of their interaction. © Springer Nature Switzerland AG 2019. 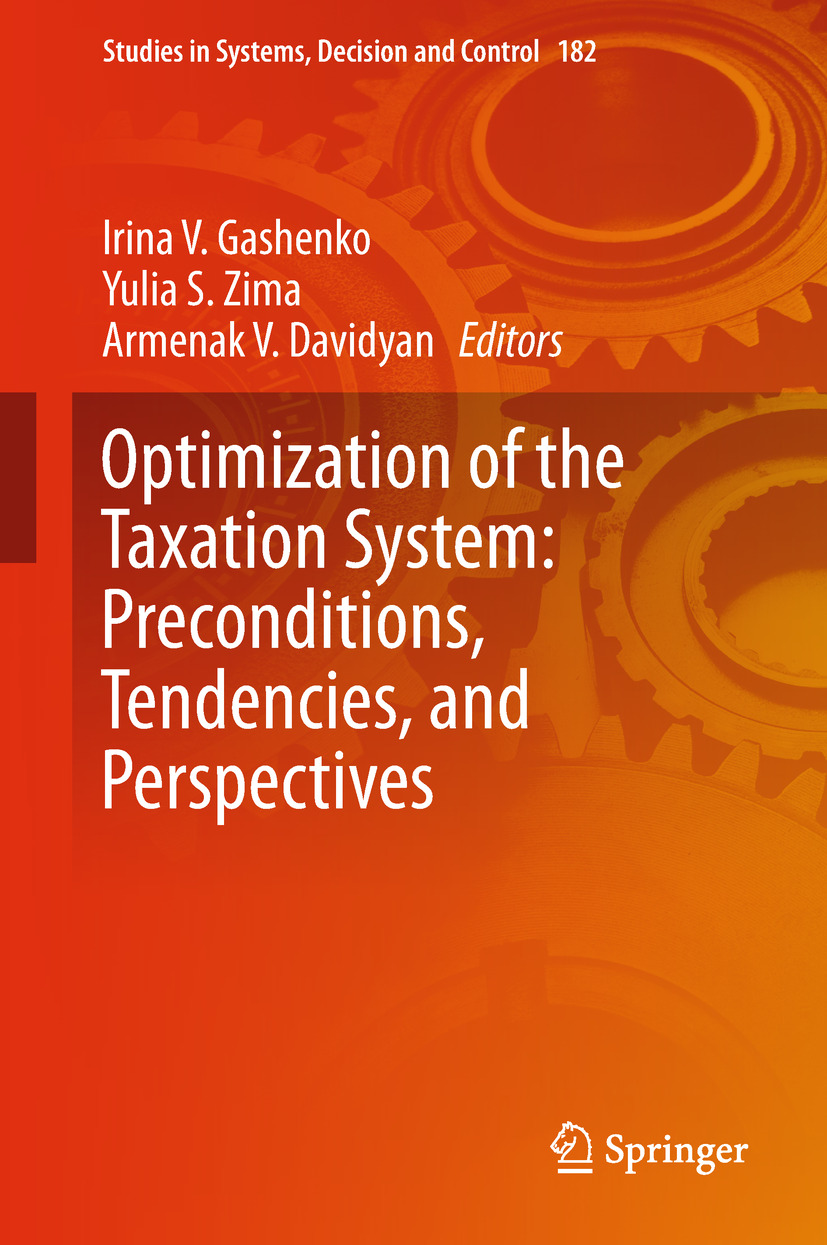 Optimization of the Taxation System: Preconditions, Tendencies and Perspectives
Edited by: I. V. Gashenko, Y. S. Zima, A. V. Davidyan. Vol. 182. Switzerland: Springer Publishing Company, 2019.
Similar publications
Origins of Globalization
Grinin L. E., Korotayev A. In bk.: Globalistics and Globalization Studies: Theories, Research & Teaching. Volgograd: Uchitel, 2013. P. 8-35.
In this article we analyze processes and scales of global integration in historical perspective, starting with the Agrarian Revolution. We connect the main phases of historical globalization with the processes of the development of the Afroeurasian world-system. In the framework of the Afroeurasian worldsystem the integration began several millennia BCE. In it the continental and supracontinental links became so developed long before the Great Geographic Discoveries and thus they could well be denoted as global (albeit in a somehow limited sense). Among some researchers there is still a tendency to underestimate the scale of those links in the pre-Industrial era; thus, it appeared necessary to provide additional empirical support for our statement. It also turned necessary to apply a special methodology (which necessitated the use of the world-system approach). We analyze some versions of periodization of globalization history. We also propose our own periodization of the globalization history basing on the growth of the scale of intersocietal links as an indicator of the level of globalization development.
Academic Skills. Listening
Барановская Т. А., Богданова Е. К., Виноградова И. В. и др. М.: Спутник+, 2010.
Реструктуризация экономики России и промышленная политика (INDUSTRY-2015): Труды научно-практической конференции с зарубежным участием. 23-24 марта 2015 г.
СПб.: Издательство Политехнического университета, 2015.

Proceedings of the scientific-practical conference with foreign participation. 23-24 March 2015

This article analyzes a sequential search model where firms face identical but stochastic production costs, the realizations of which are unknown to consumers. We characterize a perfect Bayesian equilibrium satisfying a reservation price property and provide a sufficient condition for such an equilibrium to exist. We show that (i) firms set on average higher prices and make larger profits compared to the scenario where consumers observe production costs, (ii) expected prices and consumer welfare can be non-monotonic in the number of firms, and (iii) the impact of production cost uncertainty vanishes as the number of firms becomes very large.

In this article the possibility for improving the dynamic capabilities of the domestic enterprises by tools of Lean management system is considered. The impact of the mentioned system in the big Russian enterprise ‘KAMAZ’ is evaluated. Lean management is a world-spread way of solving the problems, aimed at making the company competitive. It is the organized activity of staff of the company focused on reduction of expenses, maximizing value of production for the consumer and the added value for business.

Present and future of the production: integrating lean-management into corporate foresight
Vishnevskiy K., Sibatrova S. Science, Technology and Innovation. WP BRP. Высшая школа экономики, 2016
The present paper describes a combined approach to corporate foresight and lean management. When companies implement lean-management, they are often faced with a broad range of barriers such as top-management resistance, slow response to market change, etc. Inasmuch as in near future we will expect Industry 4.0, planning horizon gradually changes. To overcome the new challenges at the company, we propose to use the combined approach foresight and lean manufacturing. It will allow companies to set aim and goals not only a period of 10-15 years, but also to bring all the details to the operational level, therefore every employee will aware of in which direction the company is moving. Based on a review of theoretical and methodological approaches and the investigation of the implementation experience of leanmanagement and foresight approach taking into account conditions of trends in Industry 4.0, human and time resources. The present paper intends to provide the conceptual basic for testing the developed model later.
The Sixth Kondratieff Wave and the Cybernetic Revolution
Grinin L. E., Grinin A. L. In bk.: Kondratieff waves. Juglar – Kuznets – Kondratieff. Volgograd: 2014. P. 354-377.

TAX FARMING – PRO ET CONTRA
Komyagin D. Law. LAW. Высшая школа экономики, 2019
This article investigates issues related to a unique experiment carried out in Russia in unifying the collection of all obligatory payments. It analyzes the legal aspects of this approach and presents the variety of methods for collecting such payments. Notions of budget revenue and sources of revenue are considered. Special attention is paid to the forms and practices of tax farming and other obligatory payments. The article concludes that the budget legislation actually specifies various fiscal charges as sources of budget revenue. The real source of public revenue are the assets and resources making up the national wealth. Historical examples show that despite the generally accepted denial, tax farming is a normal method and can be applied along with the state monopoly and tax administration. The cases when tax farming is transformed into a state monopoly or excise and vice versa are not rare. Tax farming, which has continued to this day, is also referred to as parafiscal charges or quasi taxes.
О дани в «трибутарном» государстве Руси в X в.
Стефанович П. С. В кн.: Древняя Русь и средневековая Европа: возникновение государств. Материалы конференции. М.: Институт всеобщей истории РАН, 2012. С. 260-267.