Government support of the group of leading national universities, has became a common practice in many
countries. The impact of such government implementation on research performance and the structure of
scientific collaboration is not studied enough. We investigate the publication activity of leading Russian
universities, after the Government excellence universities initiative implementation (Project 5-100). In this study,
we examine quantity of changes of publication indicators, along with quality alteration of research performance.
Running a linear growth model with mixed effects, we estimate the project’s effect on publications (total
number, per capita, publications in high-quality journals and multi-authors publications). To see the role of
collaboration patterns in research output, we analyzed the changes in average numbers of authors’ affiliations for
publications, with a different number of authors. We reveal, that universities that got financial support,
demonstrate the substantial, steady increase in publications both measured in total numbers and per capita, in
comparison with universities from the control group. Although for the publications in the top 25% journals, this
effect is not observed in 2016. At the same time, analysis of affiliations, allows us to demonstrate that certain
results found effects are partly explained by collaborations, with other organizations, and the impact of the
project in the quality of research performance, is more heterogeneous across universities.

Language: English
Text on another site
Keywords: scientometricsWeb of Scienceresearch universitiesUniversity research performanceuniversity excellence initiatives
Publication based on the results of:
Russian academic profession in a comparative perspective (2019) 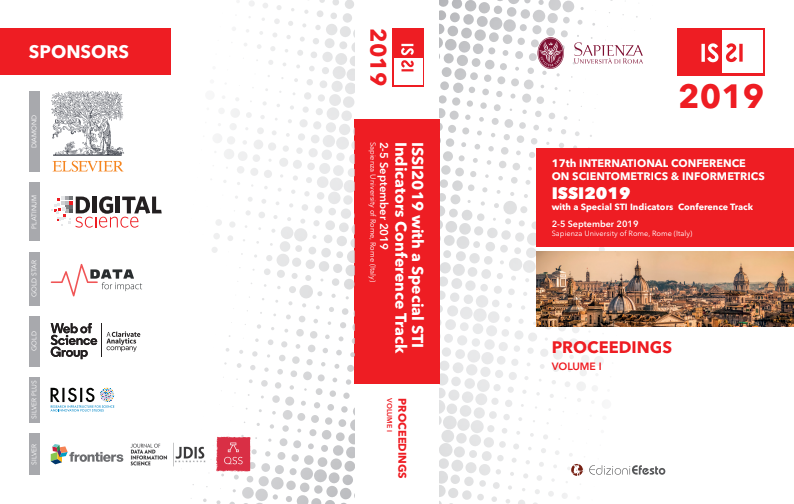