A Picture is Worth 7.17 Words: Learning Categories from Examples and Definitions 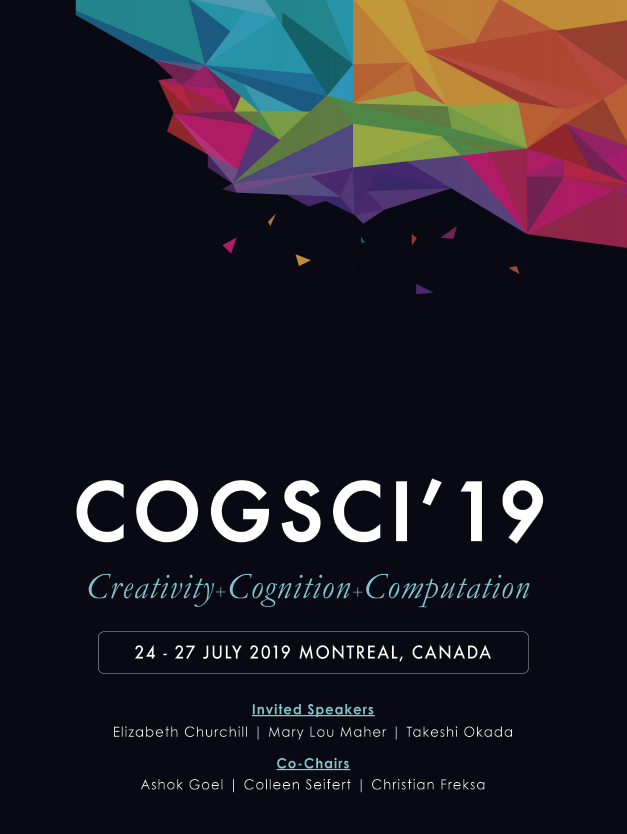 Proceedings of the 41th Annual Conference of the Cognitive Science Society
Cognitive Science Society, 2019.
Similar publications
The role of labels in learning statistically dense and statistically sparse categories
Kotov A. A., Agrba L. B., Vlasosova E. F. et al. PSYCHOLOGY. WP BRP. Издательский дом НИУ ВШЭ, 2015. No. 35.
Subjects were given classic category formation tasks with a feedback. We used two types of categories - so called statistically dense and statistically sparse categories. We conducted two experiments to assess the influence of sign's type (experiment 1) and the interference of the redundant actions performed with the sign (experiment 2) on the performance of learning different types of categories. We found that in the case of dense categories formation, the visual distinction of the sign from other object's features is more convenient. In the case of sparse categories formation, the opportunity for easy verbalization is more important. Additionally we defined that verbal interference, directed to the actions with the sign, improves sparse categories formation, but worsens dense categories formation. The results of our experiments are discussed in accordance with the model of multiple systems of categorization (COVIS).
Ensemble-Based Segmentation in the Perception of Multiple Feature Conjunctions
Utochkin I. S., Khvostov V., Stakina Y. PSYCHOLOGY. WP BRP. Издательский дом НИУ ВШЭ, 2017. No. 78.
Although objects around us vary in a number of continuous dimensions (color, size, orientation, etc.), we tend to perceive the objects using more discrete, categorical descriptions. For example, in the variety of colors and shapes on a bush, we can see a set of berries and a set of leaves. Previously, we described how the visual system transforms the continuous statistics of simple features into categorical classes using the shape of distribution. In brief, “sharp” distributions with extreme values and a big gap between them are perceived as “segmentable” and as consisting of categorically different objects, while “smooth” distributions with both extreme and moderate features are perceived as “non-segmentable” and consisting of categorically identical objects. Here, we tested this mechanism of segmentation for more complex conjunctions of features. Using a texture discrimination task with texture difference defined as length-orientation correlation, we manipulated the segmentability of length and orientation. We found that observers are better at discriminating between the textures when both dimensions are segmentable. We assume that the segmentability of both dimensions leads to rapid (within 100- 200 ms, as our data show) segmentation of conjunction classes which facilitates the comparison between the textures containing these classes.
Язык и культура в эпоху глобализации: Сборник научных трудов по материалам первой международной научной конференции
Edited by: С. В. Киселева Т. 1. Вып. 1. СПб.: СПбГЭУ, 2013.
Prototype-based Categorization of Structural Complexity Estimates of Simplicial Complexes
Degtyarev K. Y. In bk.: Proceedings of the 10th International Conference on Application of Fuzzy Systems and Soft Computing (ICAFS-2012). Kaufering: b-Quadrat Verlag, 2012. P. 27-37.

The material of the present paper is grounded on the holist algebraic method (Q-analysis) proposed by English mathematician and physicist R.H.Atkin. At its core, the approach is aimed at both analysis of systems structures (in the form of simplicial complexes K, which is formed by a set of properly adjoined objects called simplexes) and calculation of numeric estimates of structural complexity of systems based on the results of such analysis.

Turning complexity estimate of system’s structure into a real number creates additional difficulties in the comparison of two different complexes because there is no real verbal scale, which would have been accustomed to human beings and would allow a group of experts to express opinions and draw easily conclusions about degree of complexity of K at each particular dimensional level of its analysis. Therefore, the present paper deals with consideration of the approach that is more focused on human perception of characteristics obtained, mental comprehension and formation (comparison) of personal constructs in psychological space (or, P-space) – modified structural complexity estimate is based right on notions of distance and similarity within psychological space.

The volume is designated for a wide range of experts in the field of cognitive linguistics, discourse analzsis, LSP and terminology, translation theory and practice.

Our experimental study looked into the way existing knowledge influences the way subjects con- struct the rules of categorization and modify them as they are applied. We modified the experiment of E. Wisniewski and D. Medina (1994) by asking the respondents not only to create a categorization rule, but also to use it to categorize new images, and we looked at the frequency and type of subsequent rule modification. The respondents, 114 university students, were given a set of images drawn by children and asked to identify their common features under one of the four conditions: relevant prior knowledge (participants were told that the drawings had been made by children with high and low creativity), stan- dard condition (participants were told the drawings had been made by children from groups A and B), standard condition with examples (one sample of drawings from each group was shown), and irrelevant knowledge. We found that under the relevant prior knowledge condition, compared to the other three conditions, the respondents tended to construct more complex and abstract rules and to change them more frequently when they categorized new objects. We also found that rule modifications during usage led to more complex and abstract rules under all four conditions. We interpret the findings as evidence for two stages of categorization, the first stage involving search for existing generalizations in semantic memory, and the second stage involving adaptation of prior knowledge to current conditions.

Проблемы концептуализации и категоризации в экономической терминологии (на примере англоязычных терминов банковской сферы)
Киселева С. В., Миронова М. В кн.: Региональные аспекты управления, экономики и права Северо-западного федерального округа России. Вып. 4(33). Издательство ВАМТО, 2014. С. 30-35.
The article describes linguistic notions of the science of terminology and the system of terms, it shows different linguists’ points of view on defining and differentiating these notions, the article also defines the semantics of a word and a term and the role of a cognitive approach in modern terminology. The article describes the notions of a concept and a category, the role of conceptualization and categorization of banking terminology of the English language.