Transmedia storytelling as an opportunity for re-inventing Russian federal television

But will TS really help Russian TV re-invent itself and its audience or will it simply disguise the gap between the different interests of TV audiences and producers? This chapter first gives an overview of recent developments in Russian television, its audience and transmedia storytelling. It then studies the transmedia project “Sasha Sokolov. The Last Russian Writer”, produced by Russia’s leading broadcaster Channel One Russia, using methodology based on Gambarato’s (2013) transmedia analytical model.

The documentary’s subject is a little-known, cult author; it is produced as a detective docudrama and promoted by transmedia strategies, which contributed to its remarkable success, even in an unpopular category. However, the closed character of Russian television and the producers’ choice to limit the participatory opportunities of TS diminished the possibly greater success of the program. This case demonstrates the problems of freedom of expression on Russian TV, which is limited to “safe” topics (such as literature) and allows alternative (and not always argumentative) opinions only from the members of an elite group. Contemporary media technologies and strategies are used to expand the number of viewers, but not to initiate public discussion. 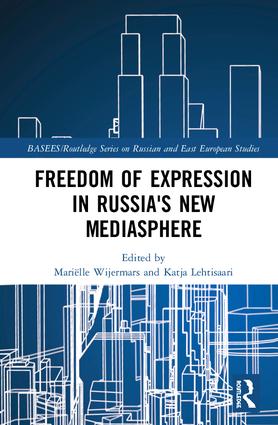 The 2010–2013 Fish Fight campaign, produced by Channel 4 in the United Kingdom and hosted by chef Hugh Fearnley-Whittingstall, is a transmedia experience designed to (1) draw the public's attention to the reckless discarding of caught fish because of the quota system intended to conserve fish stocks in the domain of the European Union; and to (2) pressure the authorities to change the European Common Fisheries Policy. The article analyzes the transmedia strategies of the Fish Fight campaign in order to demonstrate how the multiplatform media production contributed to (1) make the public aware of the wasteful discarding of healthy fish at sea under the European fishing quotas; and (2) to amend the European Union's fishing policies. The research findings point to the effective role of transmedia storytelling strategies in raising awareness in the political sphere through public participation in supporting relevant issues, influencing policy change.

Infotainment on Russian TV as a tool of desacralization of Soviet myths and creation of a myth about the future
Novikova A. IC Revista Científica de Información y Comunicación. 2014. No. 11.

This paper deals with the process of incorporation of “infotainment” in the Russian television industry. Professional journalism is analyzed as a tool for the interpretation of facts, which have contributed to erode the myths of mass consciousness, which were formed by Soviet propaganda. According to the author, television news and other infotainment programs have affected socio-cultural processes in Russia; in particular, they have contributed to shaping the worldview of post-Soviet intellectuals, known as the “new intelligentsia”.

Since the advent of digitization, the conceptual confusion surrounding the semantic galaxy that comprises the media and journalism universes has increased. Journalism across several media platforms provides rapidly expanding content and audience engagement that assist in enhancing the journalistic experience. Exploring Transmedia Journalism in the Digital Age provides emerging research on multimedia journalism across various platforms and formats using digital technologies. While highlighting topics, such as immersive journalism, nonfictional narratives, and design practice, this book explores the theoretical and critical approaches to journalism through the lens of various technologies and media platforms. This book is an important resource for scholars, graduate and undergraduate students, and media professionals seeking current research on media expansion and participatory journalism.

This book is a collection of chapters about emerged during last 15 years international television channels and their impact on international global media configuration. During this periode some new global channels emerged in non-western world, such as in Russia, Middle East etc. This book examines geopolitical strategies of such channels, theirs content and define new spaces for the future research in field of internationalization of media.

The Sochi Project is a distinguished example of slow journalism. The project, a transmedia experience built by Dutch photographer Rob Hornstra and journalist Arnold van Bruggen, depicts the hidden story behind the 2014 Winter Olympic Games in Sochi, Russia. The project involves an interactive documentary, numerous print media extensions, digital publications, and an exhibition. Transmedia storytelling involves the unfolding of a storyworld in which installments of the narrative are distributed across different media platforms to engage the audience and offer a meaningful experience. The case study paper aims at discussing the premises of slow journalism within the transmedia space as the theoretical background on which the analysis of the project is founded. The methodological approach is the original transmedia project design analytical model by Gambarato (2013) aimed at outlining essential features of the process for developing complex transmedia projects. The transmedia analysis delineates how The Sochi Project is developed and, consequently, how slow journalism can benefit from multiplatform media production. In conclusion, slow journalism is not necessarily attached to traditional media, but the opposite: It is aligned with the new possibilities offered by novel technologies. The relevance of the paper relies on the exemplification of slow journalism within transmedia dynamics.

A survey of the Soviet and Russian parts of the Archive in Bremen; a catalogue of the Soviet/Russian documents: pp. 97-134.

The article considers a problem of the relationship of television preferences and value orientations of the Russians. The results of concrete sociological research, conducted by the author in 2013, are presented. This research, based on a nationwide survey on a representative sample of 1,600 people, was realized in frame of the project "Social and Cultural Role of the Russian TV in the National Information Space" under the auspices of the Federal Agency for Press and Mass Communication of the Russian Federation.