The duty of the patriot prince: Russian manuscript translations and monarchical discourse of the Enlightenment in the third quarter of the XVIII-th century

The article examines three translations made in the 1750s-1760-s from French into Russian. The first is François de Fenelon’s Directions pour la conscience d'un roi, which was translated by prince Mikhail Shcherbatov (1758), the second is the anonymous Pensées politiques sur les devoirs d’un roi citoyen, which was the work of an unknown translator, most likely by the order of Roman or Mikhail Vorontsov (between 1754 and 1756), and the last one is known in two copies and was done from the French translation of Idea of a Patriot King by Henry Bolingbroke (first half of the 1760s) - one of them belonged to the brothers Nikita and Pyotr Panin.

Studying the Russian translations of Western political writings allows us to reconstruct the intellectual context in which a new discourse of power emerged in the third quarter of the XVIII-century. These texts reflected the “state of mind” of the Russian ruling elite, who, under the influence of the Enlightenment ideas, demanded «freedom of the Nobility» and «moderate monarchy». Circulation of these translations in handwritten form showed a limited circle of readers for whom these books were intended. All three texts are characterized by an almost  messianic expectation of a perfect monarch, who will improve the morals and manners of his subjects and return their liberties by the establishing of a true «uchrezhdenie» (constitution). The Russian educated nobility had a common way of thinking and it was very similar to the political conceptions of the Western European elite, which actively produced in the Age of Enlightenment an updated monarchical discourse, at the centre of which was the idea of the «king - citizen/patriot», who dedicated himself to society’s good. At the same time, the “common good” in this conception always coincided with the basic interests of the ruling elite.

Language: Russian
Keywords: монархияhistory of conceptsистория понятийtranslationПросвещениеmonarchyистория переводовsocial and political thought in Russia of the XVIIIth centuryсоциальная и политическая мысль России XVIII векаEnlightenment
Publication based on the results of:
Transfer and Adaptation of Western European Social, Economic, and Political Ideas and Practices in Early Modern Russia (2018) 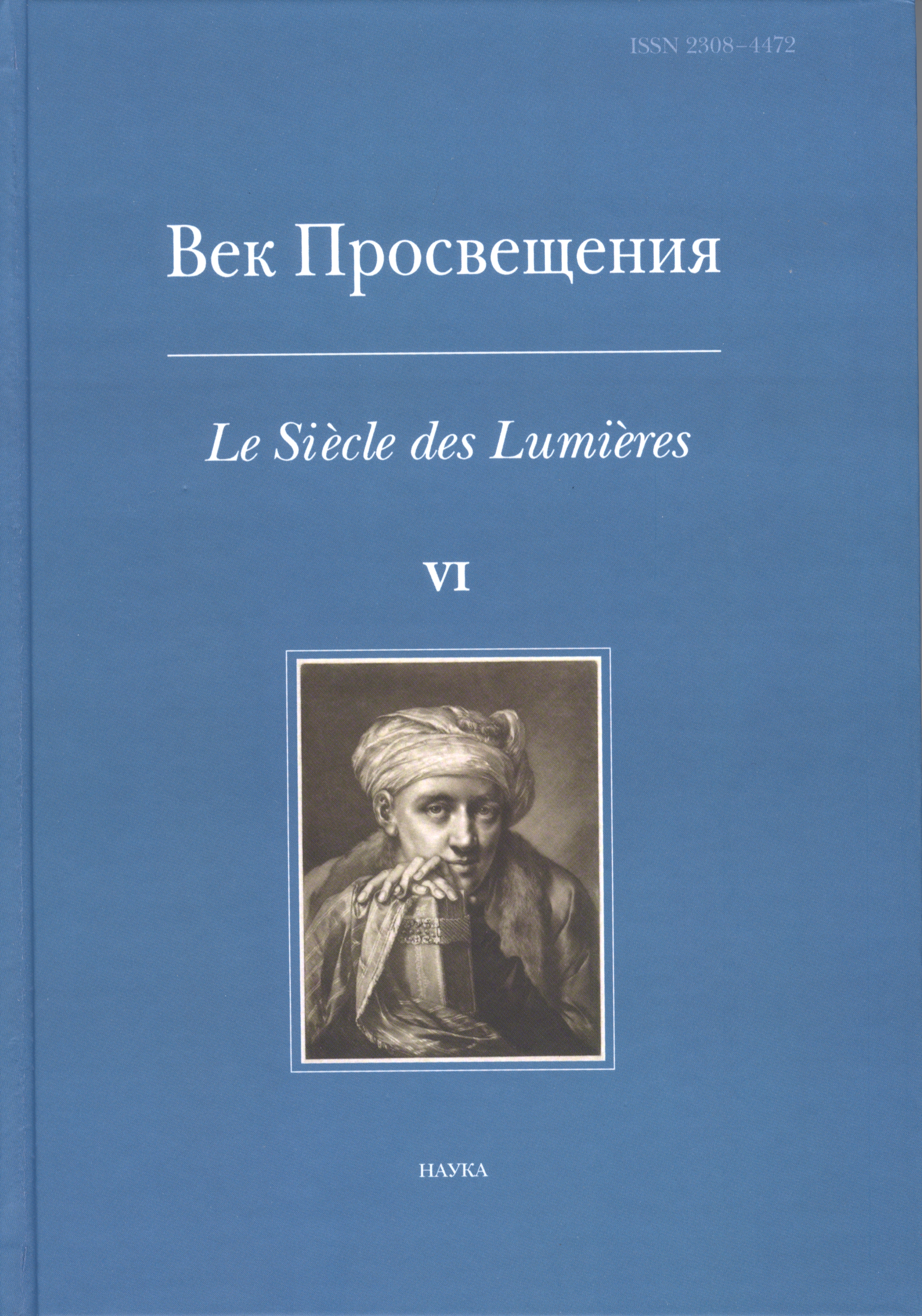