The chapter analyzes transformations of identity and work ethic among rural habitants through the lens of moral emotions based on the empirical data – thirty semi-structured interviews were collected in several villages of the agricultural region of Russia. We present the following logic of transformations: changed socio-cultural conditions, including public sentiment toward agricultural labor, lead to the transformation of identity of peasantry. Shifts in self-identification cause changes in labor attitudes and strategies, and new attitudes are ingrained in the work ethic of Russian peasantry. The decision to concentrate on emotions emerged in the aftermath of a more general study of the social and structural conditions in the Russian countryside, which resulted in interviews abounding with villagers’ representations of negative emotions. Building on the existing body of work on the psychology and sociology of emotions (focused on studies of shame and envy), the authors have identified new demonstrations of emotion arising from new socio-cultural conditions in the Russian village. This is achieved through an analysis of the verbal markers employed in moral emotions. The authors outline the phenomenon of “contempt for rural/physical labor” from both the immediate surrounding environment and wider society more generally. This emotional backdrop brings with it negative effects such as shame and envy that, in turn, corrode self-esteem and self-efficacy among the rural population, leading even to withdrawal from active employment on the land and the weakening of social ties. As a result, the rural ethical views work as a thing needed purely in order to meet one’s basic needs, a position that weakens any aspirations toward economic success and simultaneously promotes a sense of endurance and suffering among the rural population who are forced by ‘necessity’ to do such hard and ‘dirty’ work.

Language: English
Full text (PDF, 247 Kb)
DOI
Text on another site
Keywords: social and personal identitywork ethicPost-soviet villageshameenvycontempt for rural/physical labor
Publication based on the results of: Socio-psychological consequences of adaptation to changing cultural and socio-economic conditions in the post-Soviet space(2017) 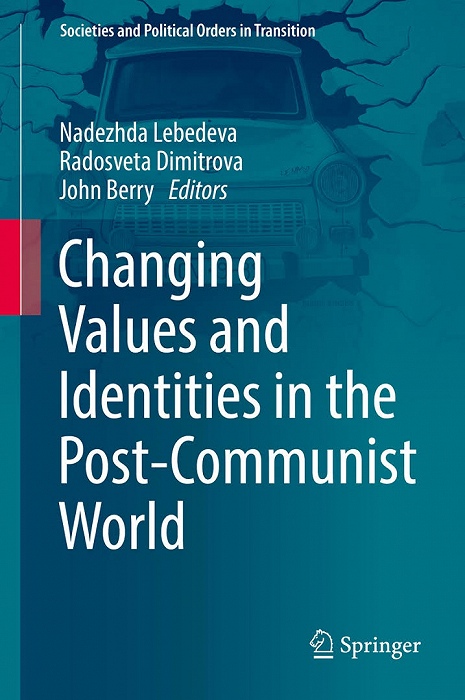 The article is anylized the narcissistic structure of a person as a priority model of identity in contemporary mass society. Narcissistic hunger initiates an endless consumption, oscillation between nothingness and the grandeur induce to seek external confirmation of its greatness – that is the key to prosperity of an industry stars. The thirst for glory, envy, romantic idealization of reality and the triumph of glamour – these main values of mass society are directly related to the narcissistic structure of a person.

Protestant Work Ethic Among the Muslims: Changeable Empirical Evidence
Shirokanova A. Basic research program. WP BRP. National Research University Higher School of Economics, 2015. No. 60.
This paper deals with the recently revealed paradox that contemporary Muslims demonstrate a stronger Protestant work ethic (PWE) than contemporary Protestants do. I test whether this paradox is supported in a multilevel analysis on internationally comparative WVS data. According to Inglehart’s theory of post-materialist shift, work ethic should be stronger in the developing societies that do not have enough existential security. Following the debate on the Protestant work ethic I test another hypothesis saying that the effects of PWE extend beyond the religious population of Protestant countries. On waves four and five of the World Values Survey, I compare the strength of work ethic between the Muslims and Protestants in multilevel ordinal outcome models. The models built on 26,156 respondents in 56 countries show no significance in work ethic between Muslims and Protestants, all else being equal. Living in a historically Protestant society does not increase work ethic by itself, but being religious in a Protestant society does. In all developed countries, work ethic is likely to decrease. Overall, the evidence of a stronger work ethic among the Muslims is changeable; in some models, Muslims are likely to have a stronger work ethic than Protestants, but in other models Muslims are not significantly different from Protestants. This poses further research questions about the universal features of different religious ethics and on the non-religious factors explaining the progress linked with the Protestant work ethic.
Связь коллективных эмоций вины и стыда с установками к аутгруппам в российском контексте
Григорян Л. К. Культурно-историческая психология. 2017.

Emotion without a word. Shame and guilt with Rarámuri Indians and rural Javanese
Breugelmans S., Poortinga Y. Journal of Personality and Social Psychology. 2006. No. 91. P. 1111-1122.

The Raramuri Indians in Mexico use 1 word for guilt and shame. In this article, the authors show that the Raramuri nevertheless differentiate between shame and guilt characteristics, similar to cultural populations that use 2 words for these emotions. Emotion-eliciting situations were collected among the Raramuri and among rural Javanese and were rated on shameand guilt by Dutch and Indonesian students. These ratings were used to select 18 shame-eliciting and guilt-eliciting situations as stimuli. TheRaramuri (N = 229) and the Javanese (N = 213) rated the situations on 29emotion characteristics that previously had been found to differentiateshame from guilt in an international student sample. For most characteristics, a pattern of differentiation similar to that found among the students was found for both the Javanese and the Raramuri. Keywords:emotion, shame, guilt, cross-cultural, culture