An analysis of semantic shifts in these verbs allows to divide them in two groups. The first one includes figurative denotations of sounds produced by people, artefacts or by natural objects (such as snow, see, forest, etc.); the metaphors within this type are recurrent in various languages.
Verbs in the other group shift into meanings not related to sound; these metaphors are more language-specific. 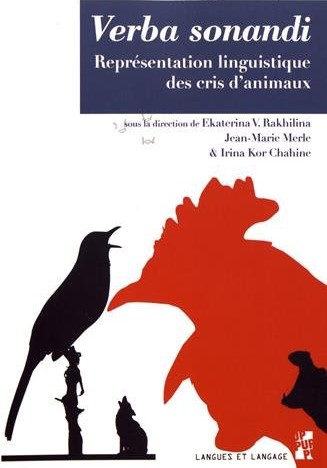 The article deals, in a typological perspective, with verbs describing sounds of inanimate objects (cf. the noise of a door being opened, of coins in somebody’s pocket, of a river, etc.). The analysis is based on the data from four languages (Russian, German, Komi-Zyrjan, Khanty), which were obtained from dictionaries, corpora and field investigation. We discuss, first, the primary meanings of these verbs and identify the parameters that underlie semantic distinctions between them (type of sound source and its features, type of situation causing the emission of a sound, acoustic properties of sounds). Then we consider the derived meanings of sound verbs, which are developed through metonymic and metaphoric shifts and analyze the mechanisms behind each of these shifts. Finally, we examine a type of semantic change in our data which cannot be explained in terms of either of those mechanisms and hence represents a separate kind of meaning shift.