In this work, predictive scoring model for banks that estimates the data of the borrower and predicts the probabilityof a credit default by client. The goal of the work is to develop and implement a model of credit scoring using neural networks. The model will predict the solvency of bank customers. In the process of this work, the process of constructing scoring maps was studied, the problem of binary classification and some methods of solution were considered. A program has been developed in the Python programming language for assessing the solvency of bank borrowers based on the model described in the work using neural networks. In the description of the model, a detailed analysis and correction of the input data was carried out, the model was implemented taking into account the structure, training, and testing of the neural network. The result of the work has become a binary classifier, which can be used in many different tasks, where it is required to divide respondents into two classes by some criteria. 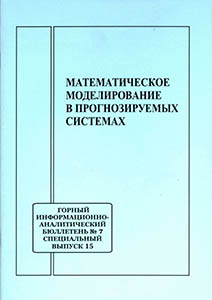