Verbal Identity of a Fictional Character: a Quantitative Study with a Machine Learning Experiment

The paper presents a quantitative research of characters' direct speech patterns in Leo Tolstoy's War and Peace. Tolstoy was known to put a lot of emphasis on the language in which his characters express themselves, and conscious modification of their speech is acknowledged as part of the author's literary technique. In an attempt to measure the scope and intensity of such modification, we extracted speech activity instances from the text of War and Peace, associated them with speakers and identified some distinctive features. We then used these features to train a classifier to recognize the speaker according to the speech. Our hypothesis was that if Tolstoy’s characters actually possessed any unique speech characteristics, the classifier would be able to predict the speaker with some tolerable accuracy. 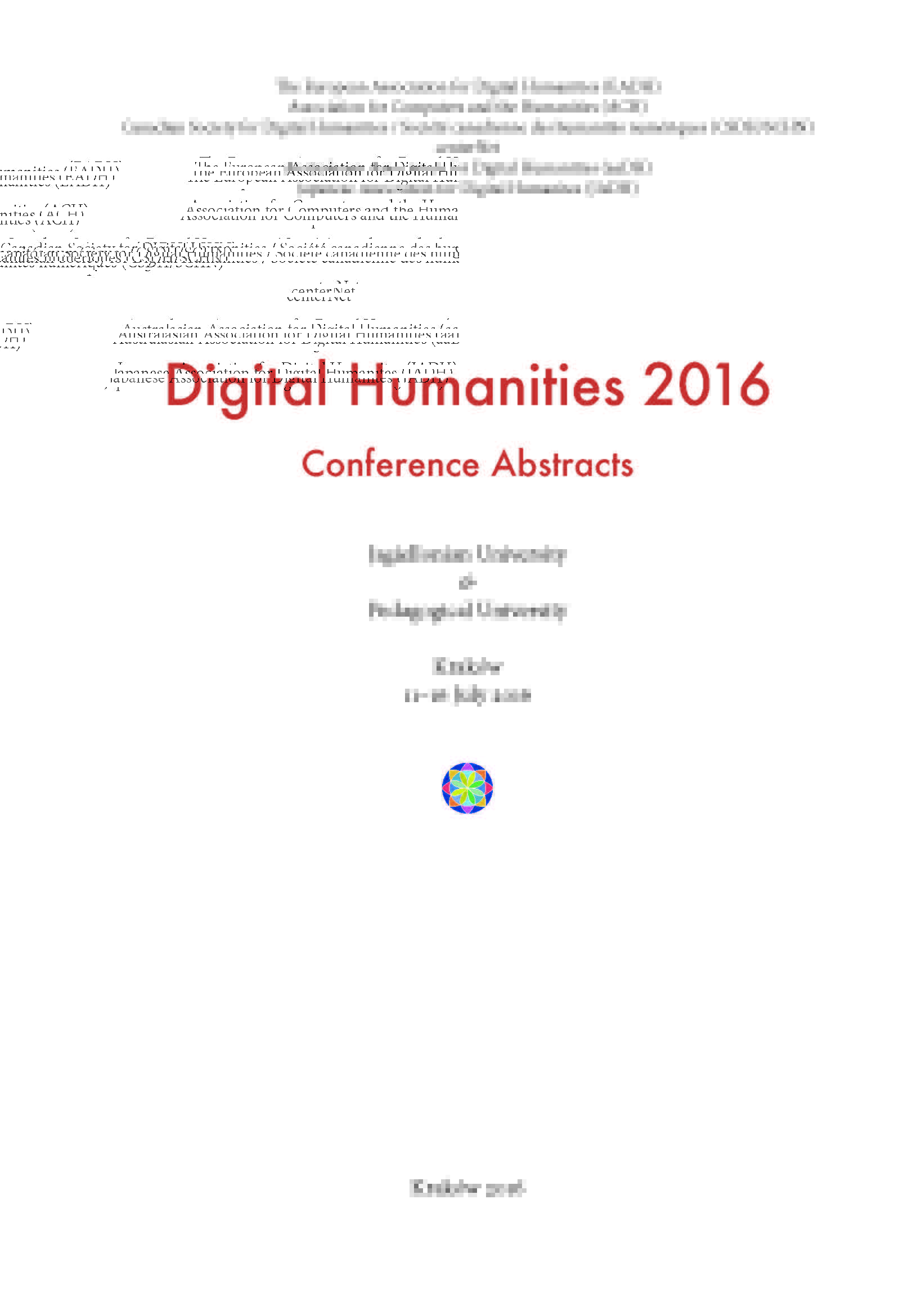 This article is an explanation of Python programming for humanities scholars who work in languages that use non-Latin characters. It walks readers through how to generate a database from a website written in Cyrrilic characters and then how to create a program that transliterates the characters into English. The technique is especially useful for scholars working with large amounts of data suitable for transliteration (e.g., names) and publication of that data for an audience that may not understand the names written in a the native script.

In this paper, we describe our work on an ongoing project titled “Tolstoy Digital”. Our chief objective is to convert the 90-volume collected works of Leo Tolstoy into a proper “digital edition” with help of TEI.

The paper presents a survey on methods, means and practices of electronic text encoding with help of the TEI (Text Encoding Initiative). We focus on the broad range of possibilities and ready-made solutions offered by the TEI Consortium and review a sizeable range of digital publication projects that employ the standard.

The paper argues that we should rethink the relation between facts and scholarship in the humanities. This thesis should not be misunderstood as an argument for unreflective positivism. But  new technological developments in the 'digital humanities' suggest that the collection of facts in machine-readable form (e. g. as 'nanopublications') facilitates new strategies for interpreting, visualizing or archiving information in the humanities. The paper discusses a concrete application of these insights in the history of philosophy, namely the use of nanopublications as an instrument in 'collective doxography'.